Harjeet Singh started his career helping families already struggling with poverty in South Asia contend with disasters ranging from floods and droughts to cyclones and tsunamis. “For me, disaster risk reduction, how we can help people prepare for disasters, that issue was close to my heart,” he said. But after years of work on the issue, Singh saw more and more that climate change was at its root.

As the global lead on climate change for international NGO ActionAid, Singh now helps develop climate change adaptation strategies for communities while also engaging in global climate change policy. “We realized that, unless you work at the policy level, unless we put pressure on governments and the United Nations system to have ambitious targets, we will not be able to survive,” Singh said.

“We need to reestablish our relationship with nature in a much more positive manner, where we respect nature and see human beings being a small part of the same nature than masters of the nature and continuing to exploit that. I think that’s the fundamental thing that I have learned from my work in the climate change sector.”

Singh, who is based in India, talked with us about the current state of the climate change crisis, especially as it relates to families enduring hunger and poverty. 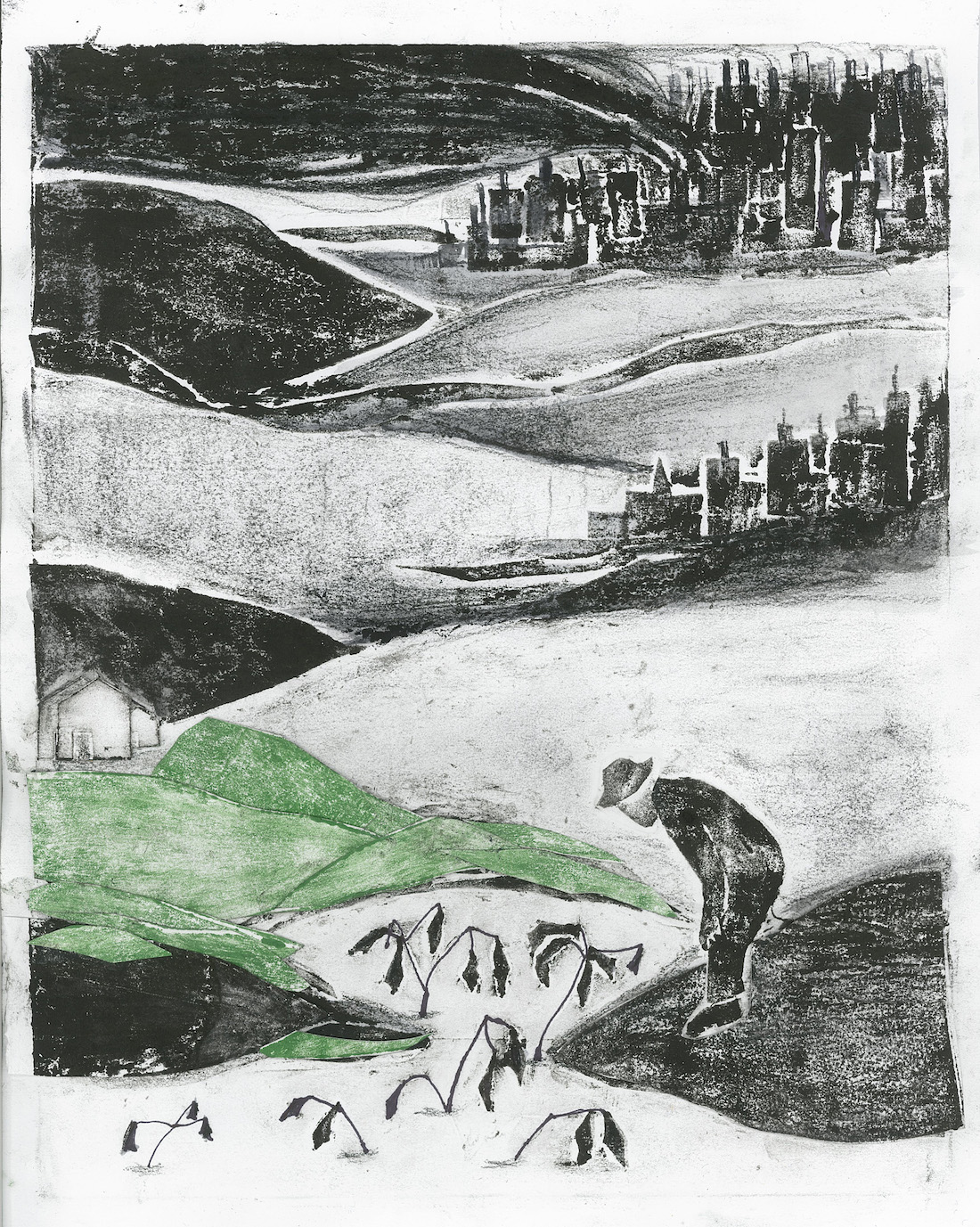 Obviously, climate change is something that affects everyone on the planet. But how does climate change affect those already suffering from hunger and poverty?

What we are seeing is that climate change impacts are eroding the development gains that we have made in developing countries over the last several decades. We have seen communities losing their homes, their incomes to climate impacts. And the intensity and frequency of disasters are increasing. They are unable to cope. Before they cope from the previous disaster, another hits them and hits them harder. That not only takes away their income but pushes them back into the vicious cycle of poverty. These such instances are being seen in developing countries more and more. As we see the temperature continue to rise, the frequency and intensity have increased several fold. And governments do not have resources to help people who are getting impacted by these increasing climate impacts.

We’ve also seen people being forced out of their homes. Just to give you data, 18 million people were forced out of their homes just last year, and this data is from 130 plus countries by IDMC, the Internal Displacement Monitoring Centre. So, there is an increasing trend of displacement due to natural disasters. Climate happens to be the biggest cause for natural disasters.

How often are we seeing families displaced as a result of climate change? How big of a difference is this from five years ago or ten years ago?

The number has been increasing quite rapidly. In fact, these are all very conservative numbers because it’s very hard to monitor displacement when it happens on a seasonal basis to nearby towns. What we’re also seeing is a trend of people who used to migrate for one season are now migrating for two seasons. And we’ve also seen permanent migration.

For example, in Sundarbans, which is a unique mangrove system spread across India and Bangladesh, recently I’ve seen sea level rise swallowing kilometers of land and moving people permanently. They’ve lost the land, and governments are unable to support these people. So young people migrate, leaving behind elderly and women and children. The situation is getting really, really bad in places like Sundarbans, which are far more vulnerable to climate change. We’ve also seen how increasing salt water intrusion is making land unusable for farming communities. As you know, most developing countries are still agrarian economies. Climate impacts are directly impacting food production and distribution, which is causing much more hunger. And they have very little resources to cope with such impacts, and governments are finding it really hard to ensure food security for their populations. 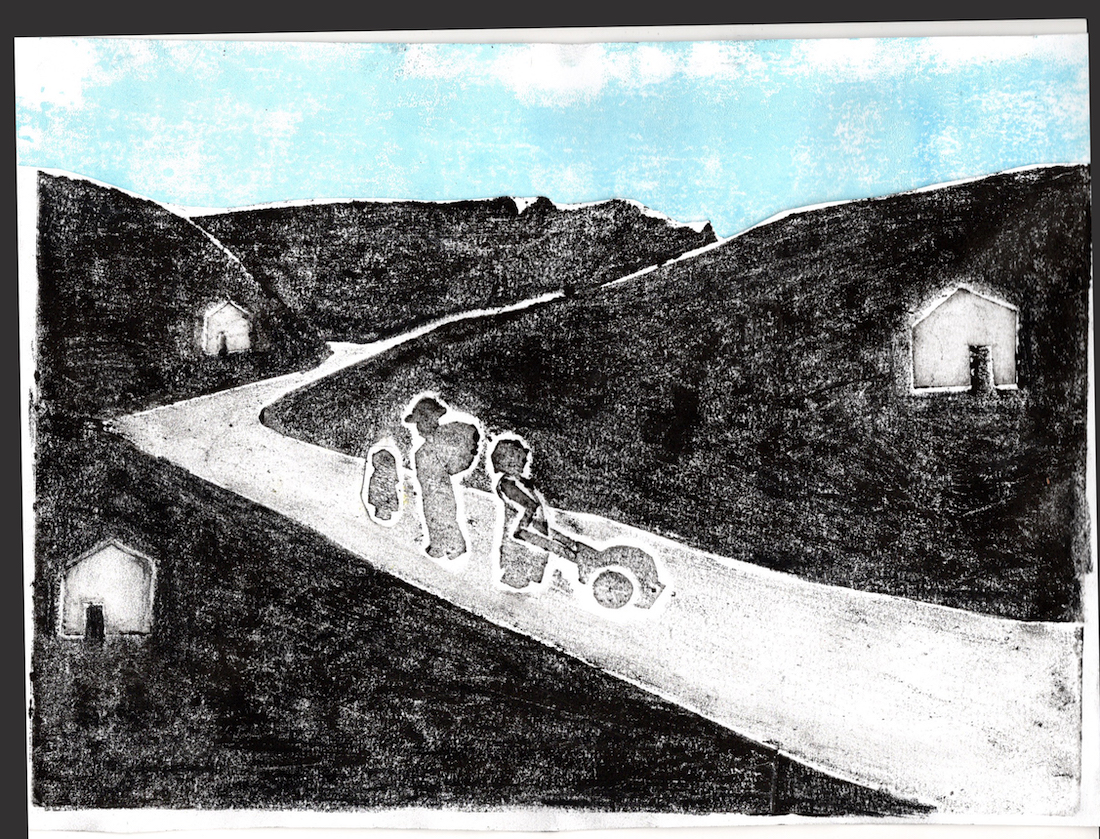 You’ve written about migration as a possible adaptation for climate change. What do you mean by that?

I make a distinction when I talk about migration as adaptation. I think we need to differentiate between safe and unsafe migration. It’s extremely important. Unplanned and unsafe migration leads to exploitation and abuse and a lot of human rights violations. When it is done in a much more planned manner with support from the government agencies and [civil] society, you find it really becomes an adaptation strategy.

So yes, migration can be an adaptation strategy if it is done in a planned manner, respecting human rights.

What does it look like when it is done in a planned manner?

We have seen communities losing their homes, their incomes to climate impacts. And the intensity and frequency of disasters are increasing. Some communities are unable to cope. Harjeet Singh, global lead on climate change, ActionAid

When it comes to planned relocation, where the area is going to become uninhabitable, we need to come up with a detailed plan of, one, understanding what these communities can do in terms of livelihoods, what kinds of housing needs do they have, because when it comes to housing, you know, it’s not just about four walls and a roof, it’s also about respecting their culture, respecting their livelihood.

Each livelihood requires a different kind of housing. For a fisherfolk community, just to give you an example, you need a space to park their boats and dry their fish and mend their nets. It’s going to be very different from someone who is in a craftsmanship. We really need to understand their livelihood pattern before we talk about designing houses. As I said, link to their livelihoods and understanding their culture, which is going to be lost if the whole area is going to be swallowed by sea. When it’s done in such a planned manner, especially with participation of the communities, then they are able to cope with the climate impact and are able to respond to the crisis in a much, much better manner. But that would require resources, and that is the biggest challenge that we face when it comes to climate action.

Taking into account the current state of climate change, poverty, international politics, etc., what does the future trajectory look like in the next 10, 20, 30 years?

We are already living in one-degree warmer world, so the number of disasters and the increased frequency and intensity we have seen is because of that one-degree temperature rise. The whole climate system depends on temperature. A slight increase in temperature can disrupt the entire climate system, and that’s exactly what we are seeing. Global warming is input, and climate change is the output that we are seeing, to put it much more simply.

The writing is on the wall. Climate impacts are rising, and we have to move much, much faster to deal with the crisis. The recent [United Nations Intergovernmental Panel on Climate Change] report, in fact, said we only have 12 years to bend the curve. We have to reduce emissions dramatically, otherwise we’re going to run out of the carbon budget, as we call it. We have to, if I speak of numbers, we have to bring down emissions by 45 percent by 2030 and reach net zero by 2050. That would require huge effort from all countries, and particularly developed countries who have more resources and capacity.

We also have to look into the unsustainable lifestyles and consumption patterns that we have, particularly in the West. And developing country economies are also embracing the same model. The whole development model itself needs to be challenged and revamped entirely. We have to be mindful of our carbon footprint and change our lifestyles and production systems. These are fundamental things that we really have to do in the next couple of years and decades if we want Planet Earth and the ecosystem to survive.

When [migration is] done in such a planned manner, especially with participation of the communities, then they are able to cope with the climate impact and are able to respond to the crisis in a much, much better manner. Harjeet Singh, global lead on climate change, ActionAid

At the same time, we also have to invest heavily into adaptation. As climate impacts increase, everything needs to be re-looked at. For instance, the kind of houses we are building, the kind of transport systems we have, the infrastructure we are creating, the way we do agriculture, the way we exploit marine resources. Everything has to be re-looked, from the perspective of the protection of ecosystems and nature.

Well, yes, there is a lot of doom and gloom messaging and scenarios. There is no doubt about it, and we can’t ignore that. But at the same time, there are some silver linings that we see. For example, the way that renewable energy costs have come down, and the way economies, both developed and developing, are adopting renewable energy is definitely a positive sign. There is a lot more discourse on spending on public transport. And there are question marks around, as I was saying, the overconsumption patterns that we are seeing, so there are questions being raised. There is a lot more awareness about protecting ecosystems, and the discussion on the environment is now kind of coming back to the discussions around economy. We can’t look at economy ignoring environment, so there is a growing recognition of that.

Another positive thing that I see is that climate change has brought several struggles together. So civil society organizations that were just working on poverty issues or environment issues or human rights issues now such communities are coming together and trying to build a new common narrative that connects all the work that we have been doing. 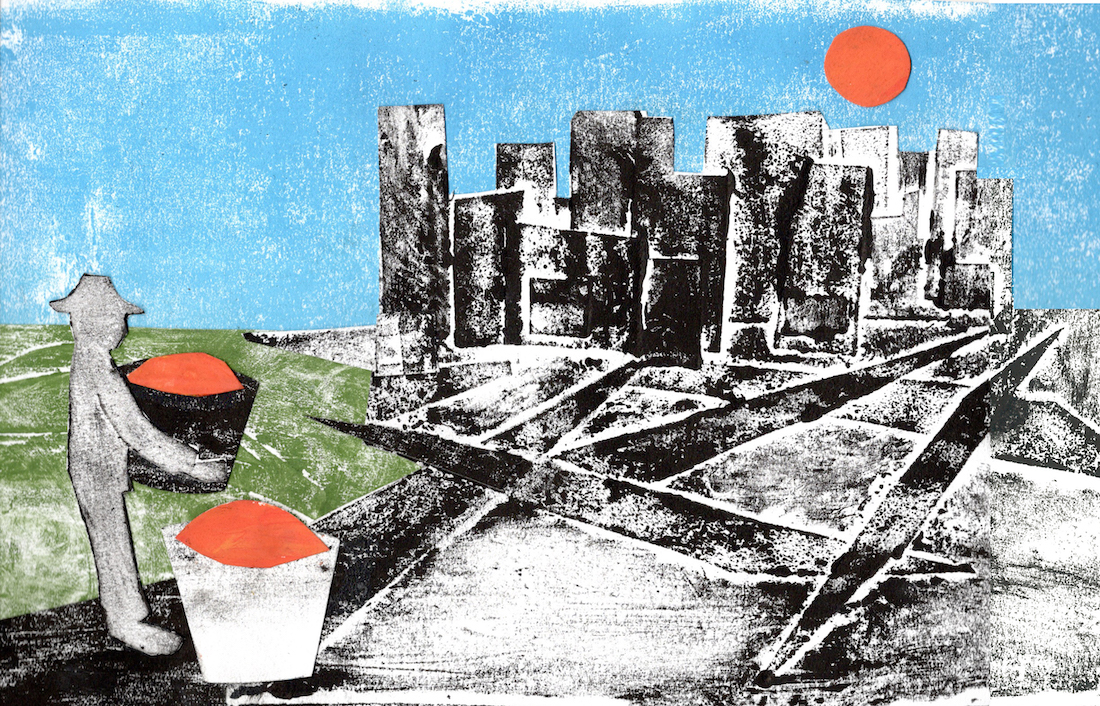 Well, it’s not such a problem in developing countries, fortunately or unfortunately, one, because of the kind of impacts that we are seeing. And, thankfully, our political leaders have not been climate deniers. So, there is no false or fake propaganda happening against climate change.

I think that is also related to the kind of economies we have in developing countries. Agriculture happens to be one of the strongest or the biggest sectors of the economy, and that’s why people do have a relationship with nature much more than in the industrialized economies.

How would you suggest talking to someone who doesn’t believe in climate change?

Well, you know, if you had asked me five years ago, I would have said it’s difficult to convince a lay person about climate change, which is going to hit us a couple of years or decades later. Unfortunately, now anybody you talk to and ask, “Do you see weather getting erratic? Do you see different signs of early flowering or late flowering? Or do you see disasters hitting us much more than in the last few years? Everybody is realizing that there is something wrong with the entire planet system, and weathers are not behaving the way they should. And people are facing it, whether it’s London or New York or Delhi or Dhaka.

What is required now when we speak to the person on the street is what we can do to change that, whether it is an individual action or a collective action or collectively putting pressure on our own governments or the global system. For me, that is the next level of conversation we need to have with people on the street. Because everybody is realizing there’s something wrong with the system.