At the request and effort of pastors and leaders from the Methodist Evangelical Church in Bolivia, Heifer Project began work in the country in 1957. Initially, families in the altiplano were given rabbits and training on animal breeding and husbandry. The focus later shifted to alpacas and dairy cows. The animals were flown from the United States to the cities of La Paz and Santa Cruz de la Sierra. From there, they were taken to remote, rural communities.

Heifer’s work in Bolivia continued until 2018, when the office closed. 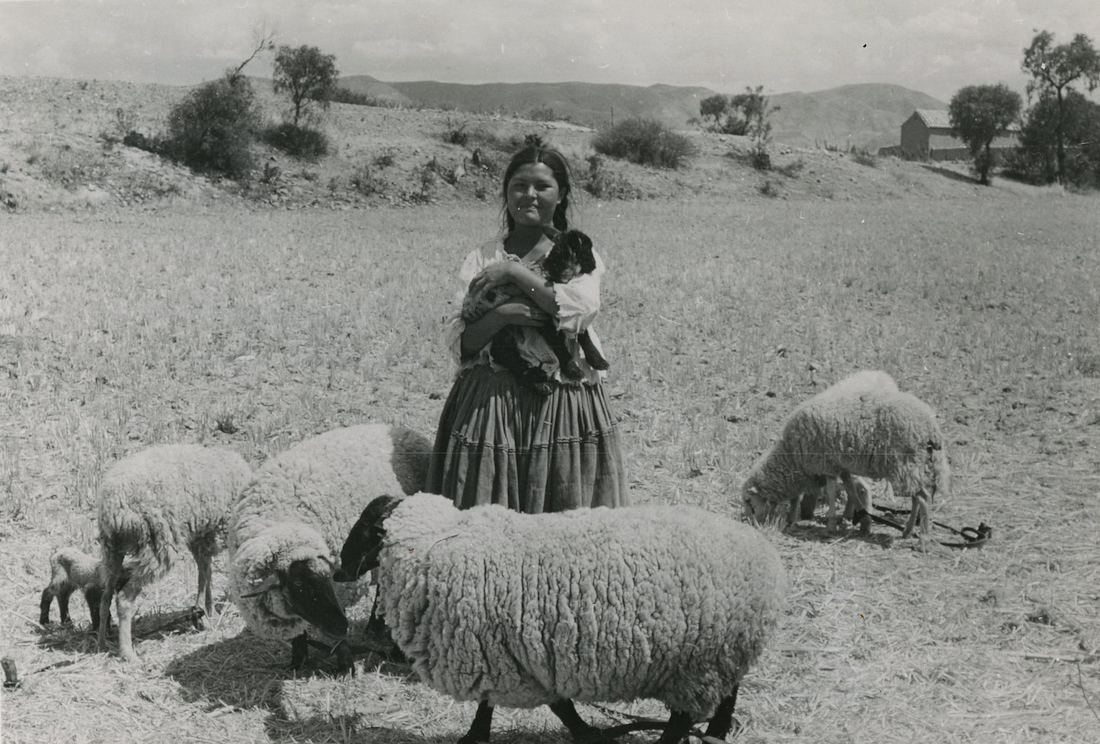 An indigenous Bolivian woman holds a day-old sheep, the offspring of sheep donated by Heifer Project. 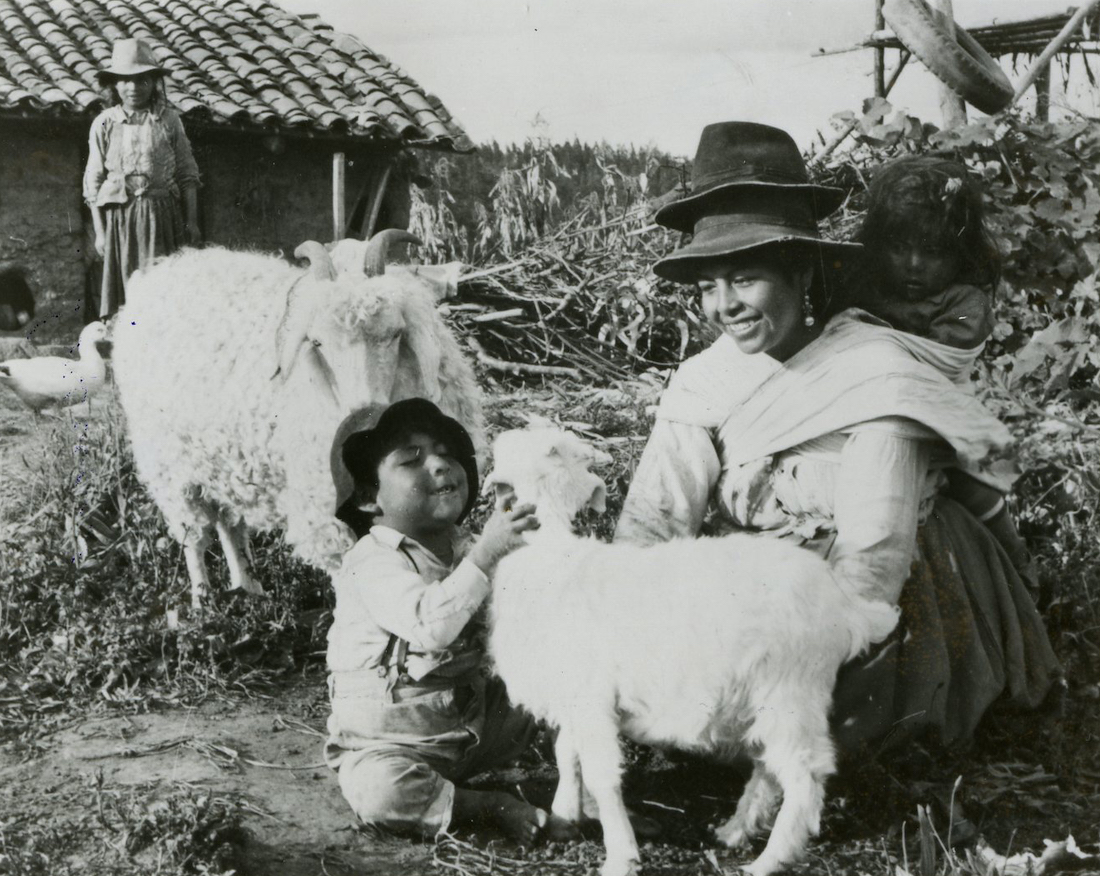 A child says hello to a Heifer-donated goat as his mother looks on. 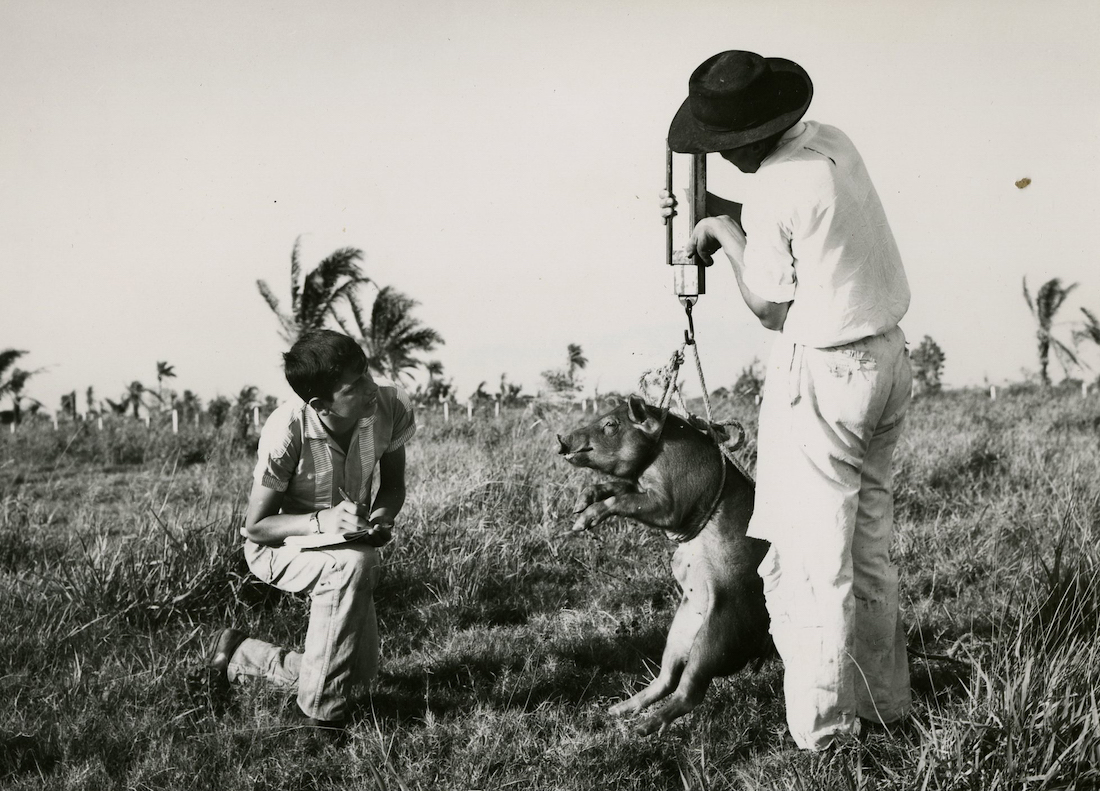 Recording the weight of an unimpressed pig in a field in Bolivia. 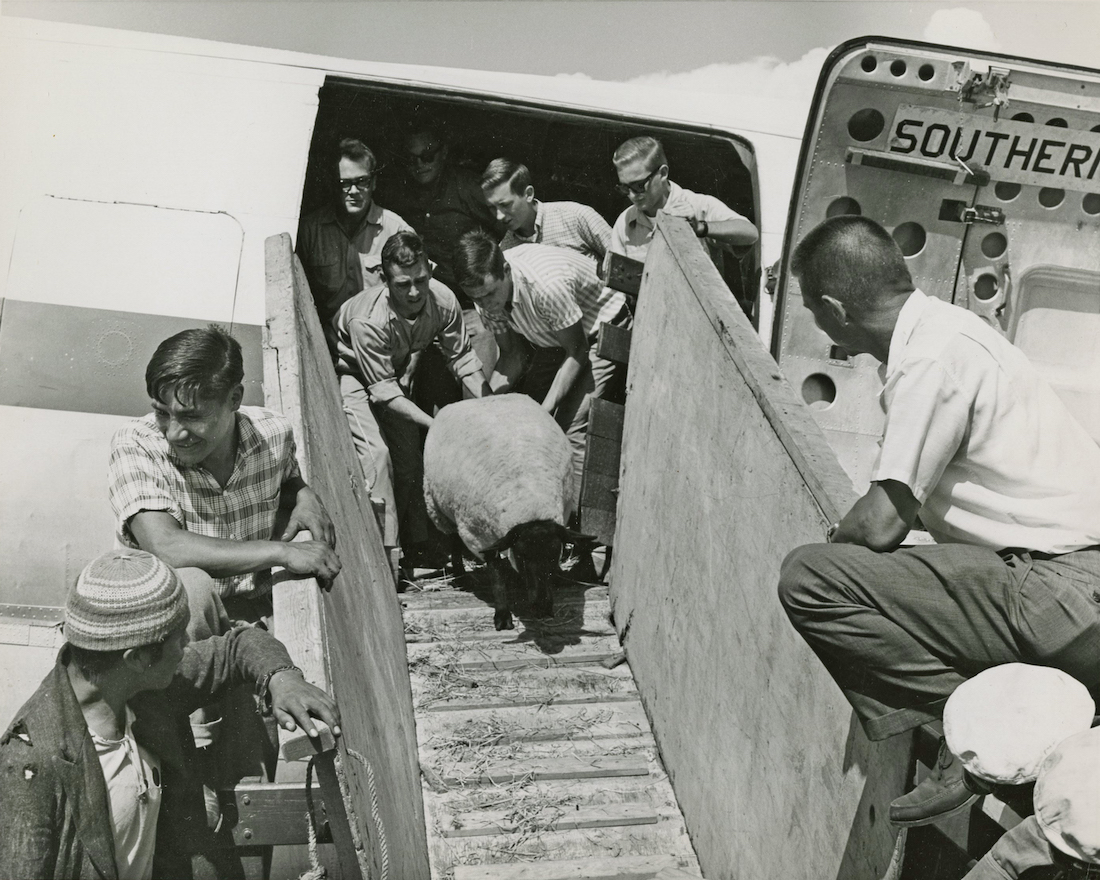 Volunteers try to convince a Heifer-donated sheep to leave the airplane in Cochabamba, Bolivia, on April 8, 1964. The shipment was a part of a memorial shipment for President John F. Kennedy. 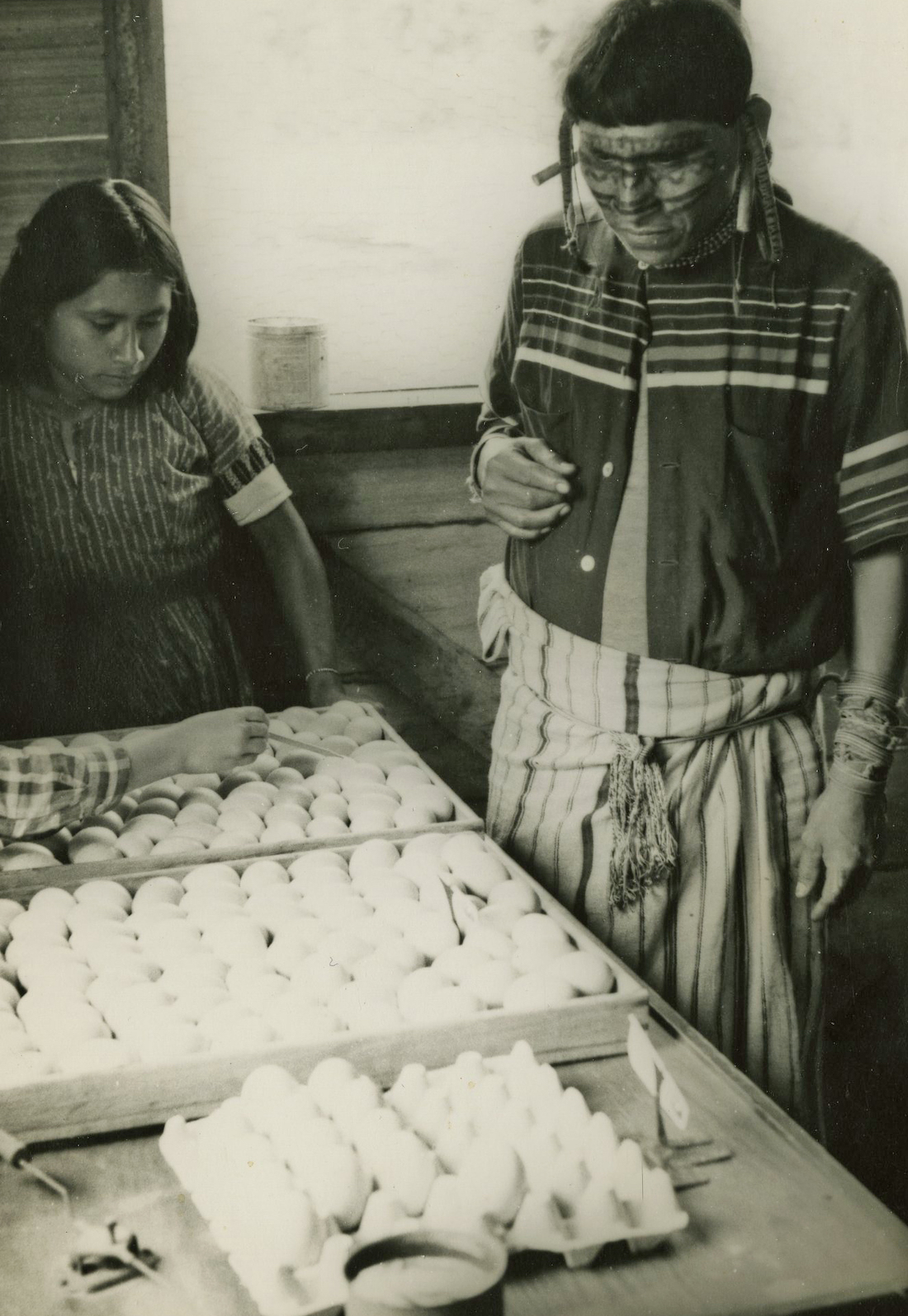 Two members of a Heifer poultry club project show off their hens in Vinto, Bolivia, on May 3, 1966.