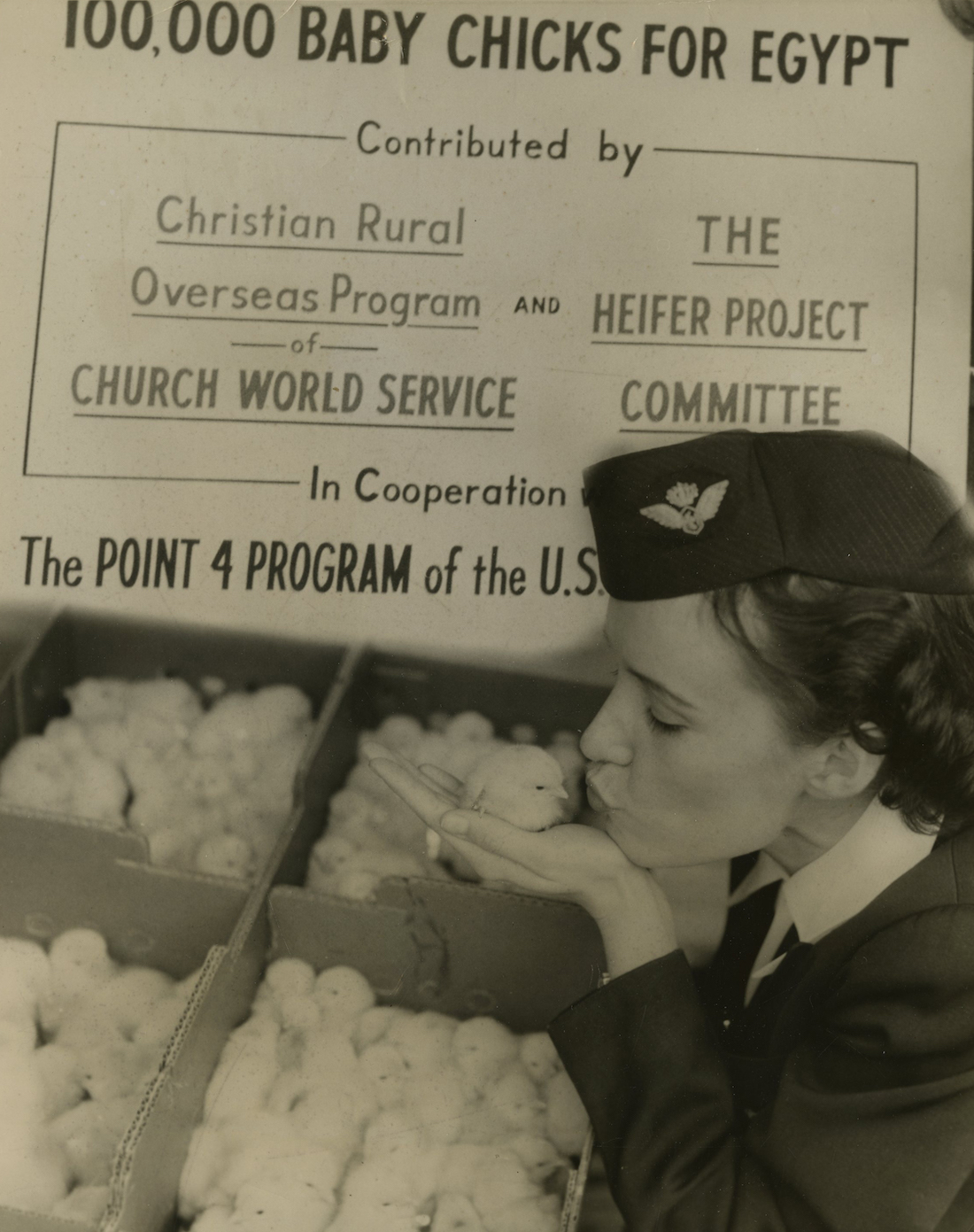 A number of Heifer chicks from the first shipment to Egypt and Miss Pat Donat, Royal Dutch Airlines flight attendant.

From Heifer's founding in 1944 and for several decades after, farmers from the United States donated their own livestock, which the organization then shipped via sea or air to other farming families around the world.

In the 1950s, 100,000 chicks were sent to Egyptian farmers from New York. For this initiative, Heifer Project partnered with the Christian Rural Overseas Program (CROP) of Church World Service and the U.S. State Department’s Point 4 Program.

Upon arrival, the chicks were set up in the brooders inside an old royal palace on the outskirts of Cairo, formerly used by King Farouk I, for several weeks until they were old enough to be distributed to small farms.

As we learned from and improved our working methods, we began sourcing and breeding animals in the countries where we work. As we celebrate 75 years of working to end hunger and poverty, historical images of the work that has led us to become the organization we are now inspire us to make even more progress while staying true to our roots. These photos from our archives, and others from Bolivia, Ecuador and South Korea, demonstrate the hard work of our farming families and Heifer’s commitment to ending hunger and poverty over the decades. 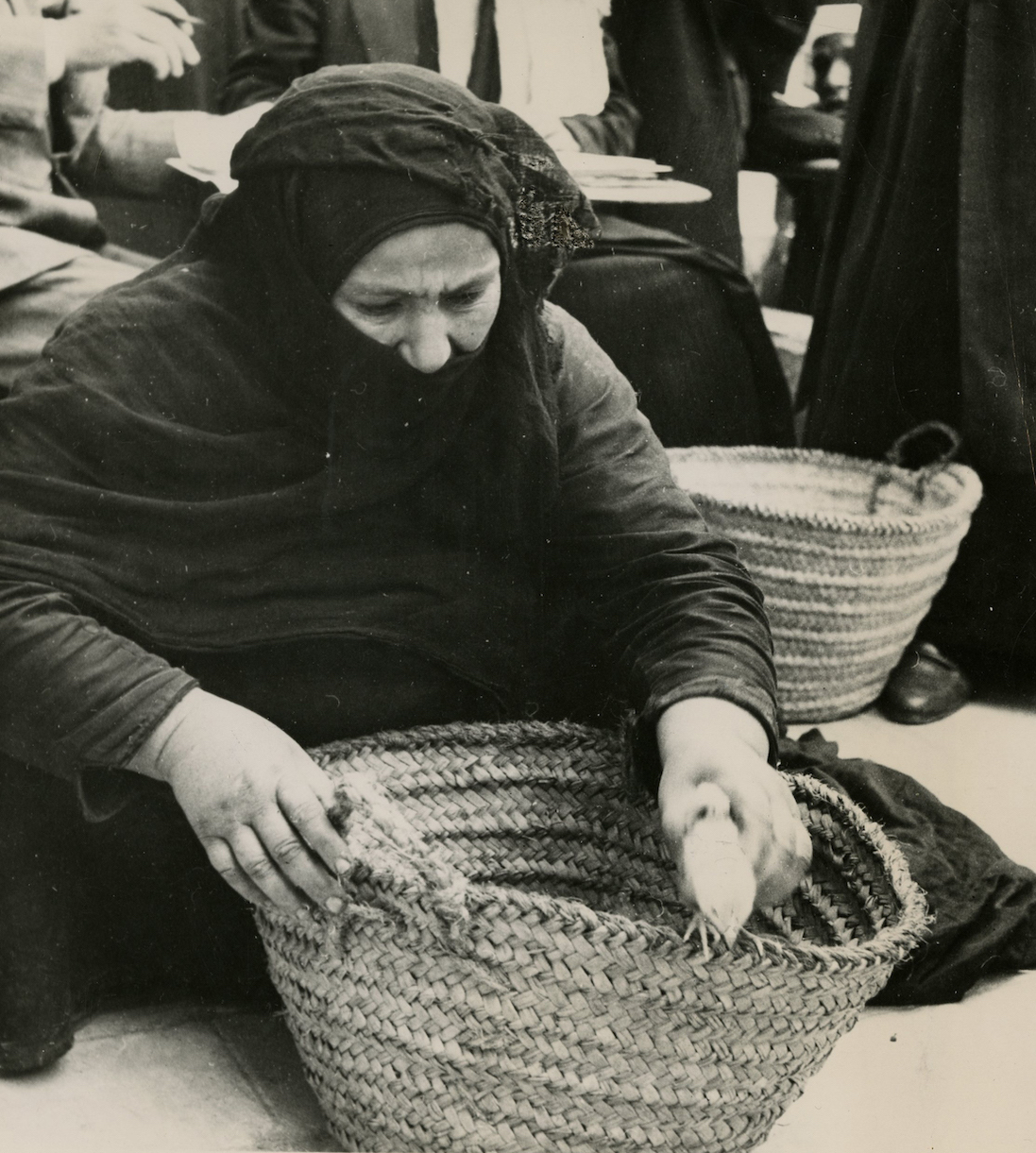 Thousands of Egyptian farmers received chicks from Heifer in the 50s. 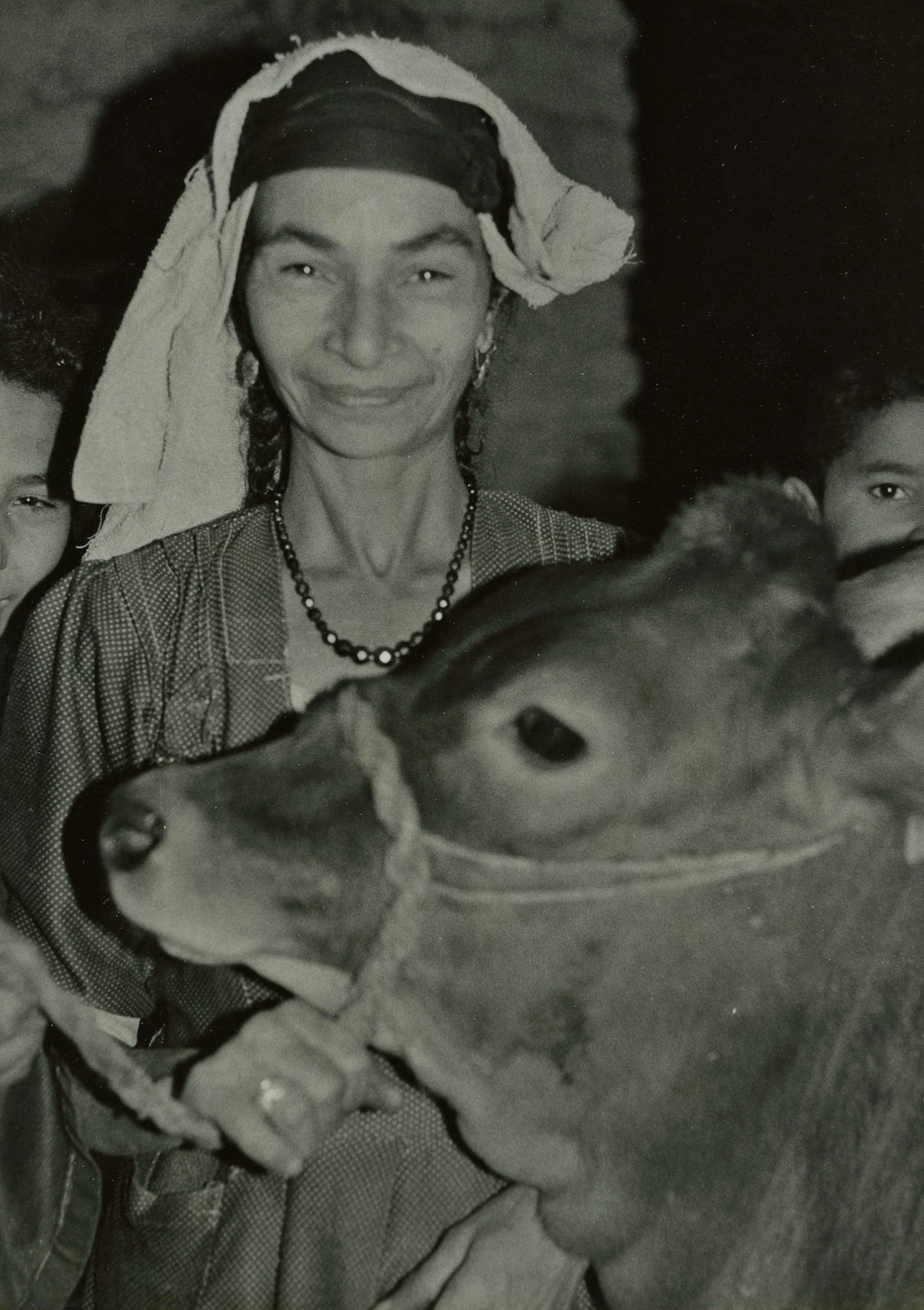 In the following years, large livestock animals were also donated to Egypt. 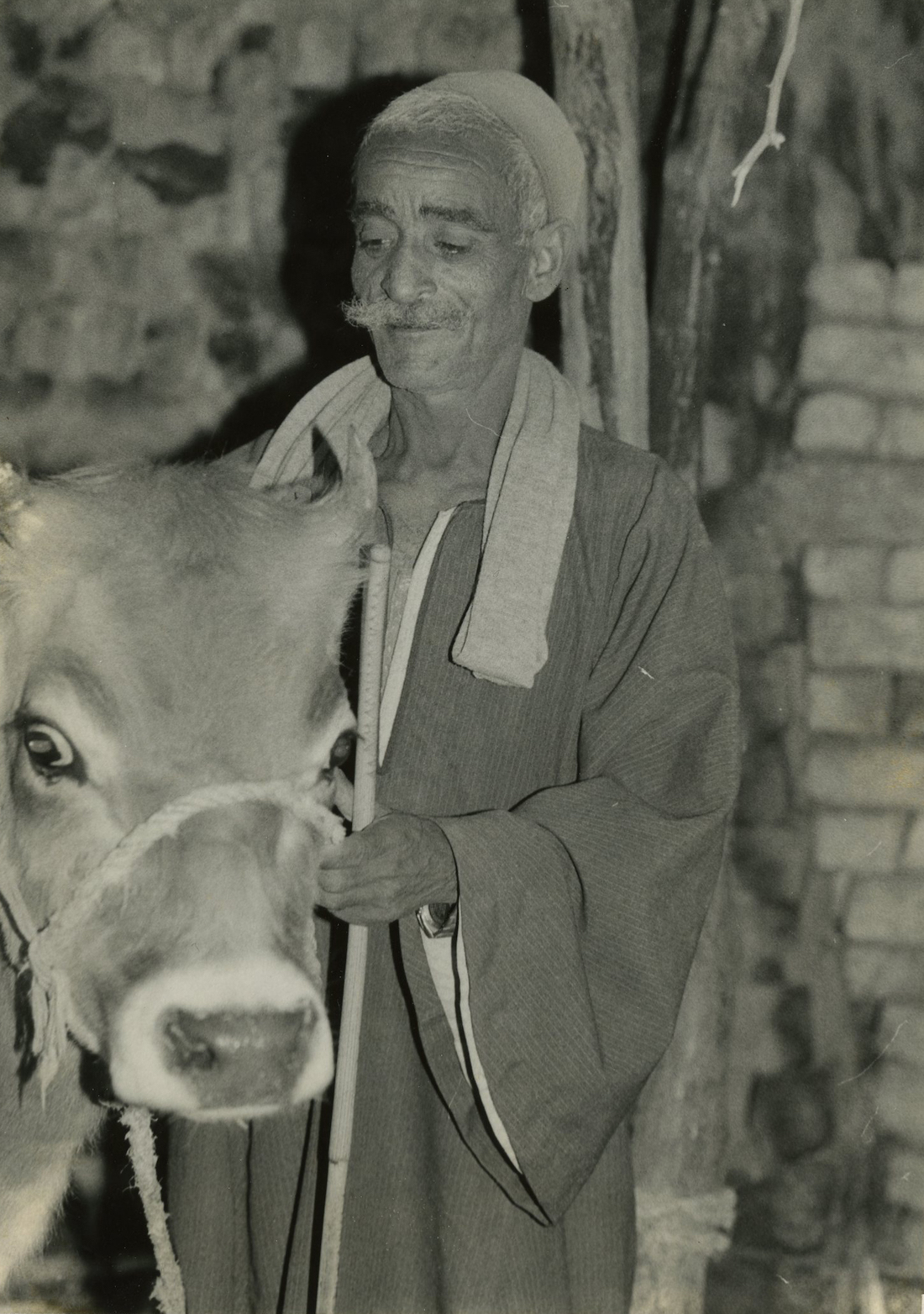 Heifer International continued work with farmers in Egypt through the 1980s.