Thousands of students and teachers worldwide participate in FIRST, or For Inspiration and Innovation in Science and Technology, programs each year with a focus on STEM principles.

For the 2017-18 school year, teams were challenged to develop a research question on hydro-dynamics. With an all-girl delegation, the Fin-tastic Fish asked how girls in developing countries might use micro-hydroelectric water power to improve their quality of life.

According to Lena Larson, the group researched how girls’ lives are impacted due to the lack of access to clean water.

“Our team decided to design a real-world project and innovative solution that people — girls like us — could actually use to improve their lives,” she said.

“We learned about international aid organizations, such as Heifer International and Farmers-Helping-Farmers, that work to improve the lives of girls who live in remote villages in [developing] countries,” said Greta Babbitt. “We wanted to discover how we could actually help girls like us have equal access to water and education. We all agreed just because you’re a girl should not mean you should be prevented from getting an education.”

To create a solution, the girls designed, built and programmed an autonomous robot using LEGO bricks. When placed in a small stream, the water current powers the robot to recharge batteries and small LED lights, which are safer to use than candles with open flames. 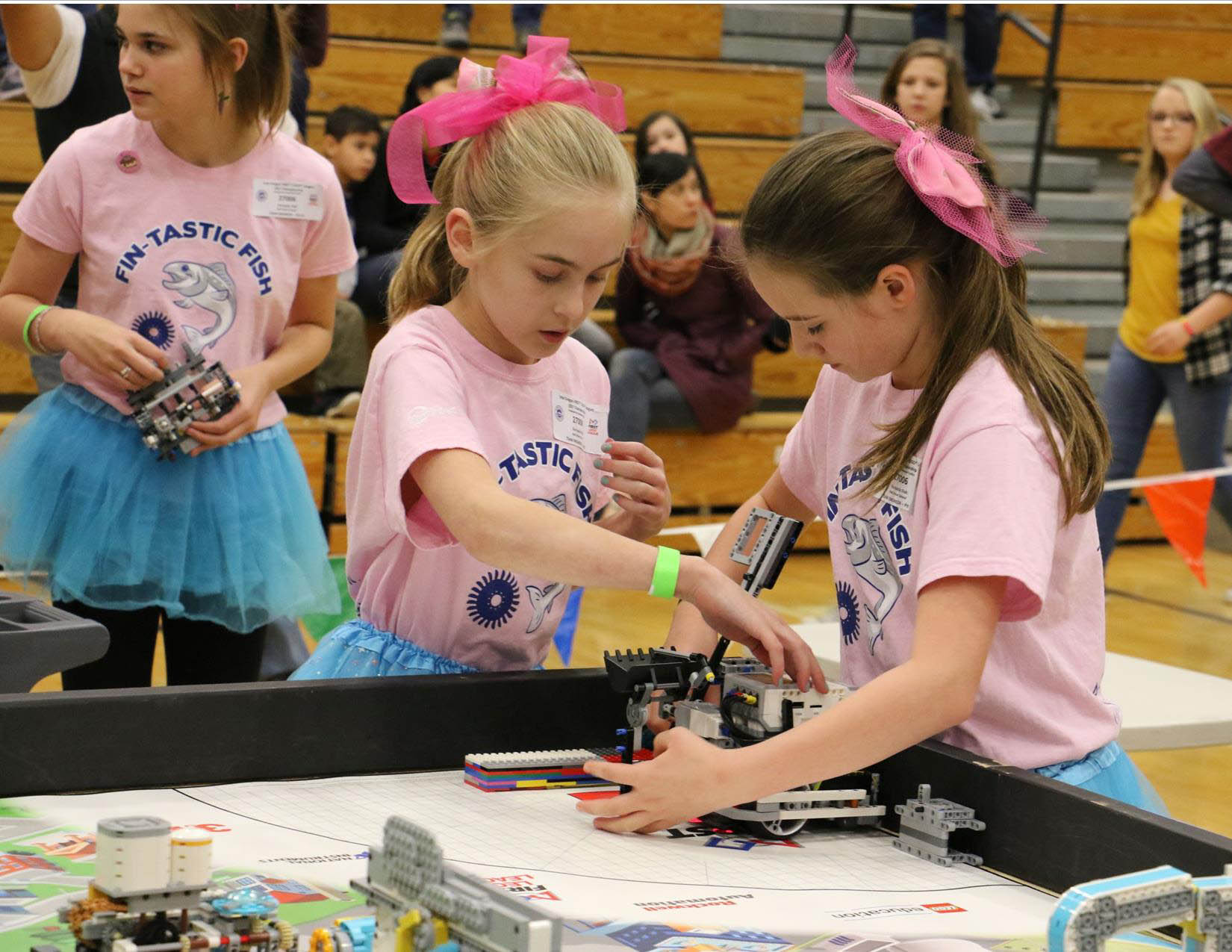 When placed in a small stream, the water current powers the robot to recharge batteries and small LED lights, which are safer to use than candles with open flames.

Representing Oak Grove Elementary School, the Fin-tastic Fish completed tasks and missions during the state competition held earlier this year at Oregon State University. After presenting their research and robot, the team received the state Core Values Championship Award and was highlighted in a special feature on FirstInspires.org.

“One of the four areas all FIRST LEGO® League teams are judged on is core values, which encompasses good citizenship — sharing and giving back to others. We wanted to find a way our team could demonstrate how much we value the importance to giving back to others,” she added.

As a way to give back, the team held a bottle and can drive to support Heifer.

“In our research, we discovered the donor program Heifer offers for people living in countries throughout Africa,” Brianna Williams said. “As our team discussed possible ways we could tie our research project to the core values, we discovered that people could donate hand water pumps to villages. We also liked how the subject of water availability fit within the scope of this year’s international FIRST LEGO® League research project of hydro-dynamics.”

Each girl collected bottles and cans throughout their homes and neighborhoods, and accepted cash donations. As a result, the Fan-tastic Fish reached their goal of $150 dollars and donated a hand-powered water pump.

“Our team’s ultimate hope is that people, especially girls like us, who live in developed countries will begin to understand the effects of poverty in the lives of others,” Nicole Williams stated.