On the 25th anniversary of World AIDS Day, let’s celebrate the fact that nearly 10 million people received AIDS treatment in 2012. And that the number of kids born with HIV has been halved since 2001. While this is great news, we are still far from the real global vision: zero new HIV infections and zero AIDS-related deaths.

A true end to the AIDS epidemic is a necessary step toward an end to global hunger and poverty. Poor health and poverty go hand-in-hand, and breaking the cycle of one is key to breaking the cycle of the other. Look at the median ages of the populations in countries hardest-hit by AIDS: South Africa, 25.5 years; Nigeria, 17.9 years; India, 26.7 years; Kenya, 18.9 years. These countries have such young populations (by comparison, the median age in the United States is 37.2 years) in large part due to the AIDS epidemic. Many of these young adults are the orphans of the millions who died of AIDS-related causes in the 1990s and 2000s. A productive generation was lost in many places, impacting not only family poverty, but also national economies. Farming skills that should have been passed down were lost.

Our work at Heifer plays several roles in the fight to end AIDS and mitigate the impact on those living with or affected by HIV/AIDS:

As I said above, there is still a lot of work before we’re living in a world without AIDS. You can learn a lot about the progress made, as well as the gaps that need filled, from our partner The ONE Campaign, who wants us to retire the phrase "AIDS in Africa." Check out their report on their website. You’ll be amazed by the progress 16 African countries have made toward the "beginning of the end of AIDS." On January 5, join ONE’s Global Health Policy Director Erin Hohlfelder for a Twitter chat on the results of the Global Fund replenishment, World AIDS Day and the AIDS Report. 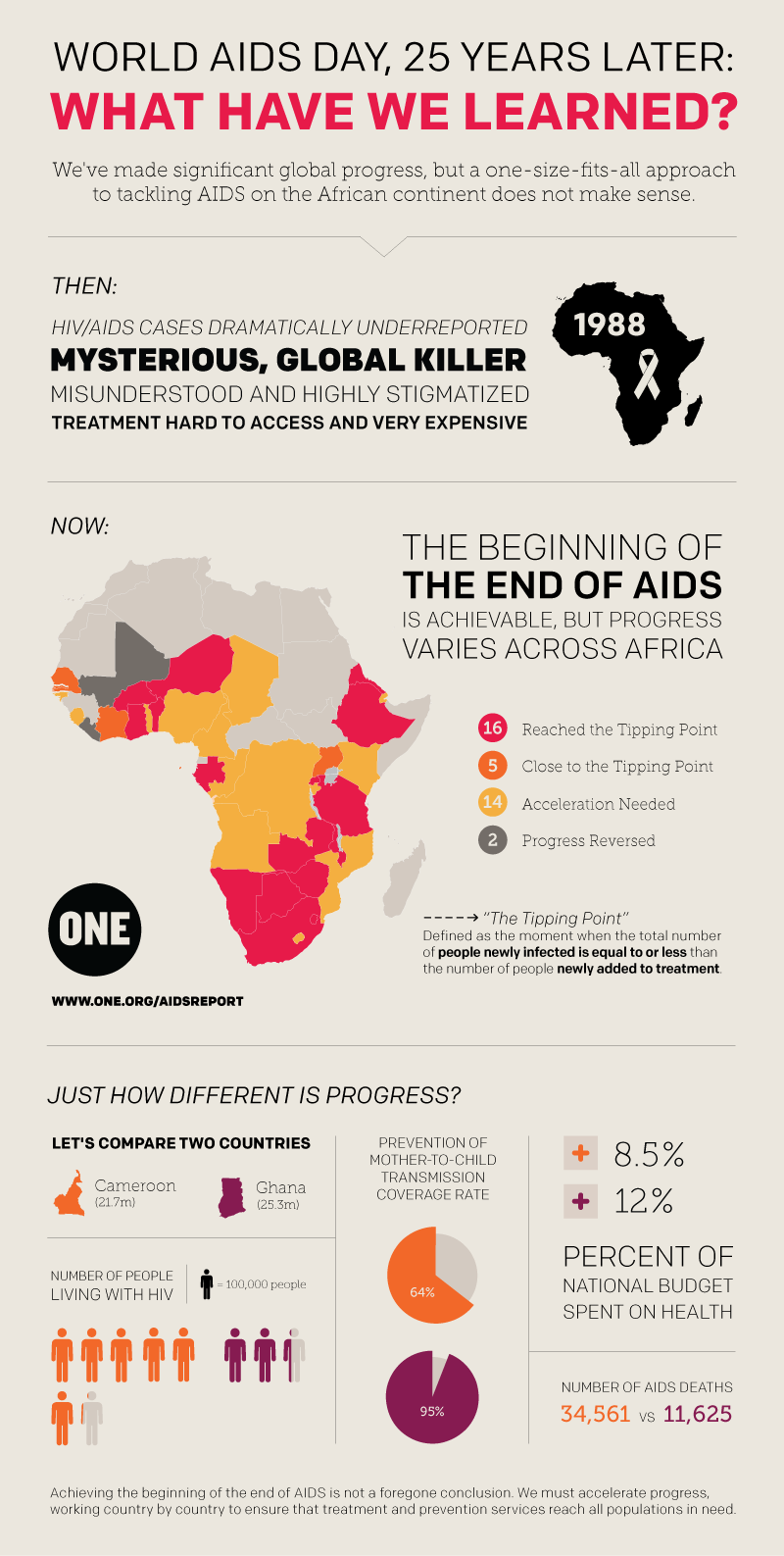 We have a responsibility to help those living with HIV/AIDS and to close the door on the epidemic once and for all.