WASHINGTON, D.C.—“So why livestock?” asked Heifer International’s President and CEO Pierre Ferrari, in his introduction to the Capitol Hill summit Livestock for Livelihoods on July 23. The Livestock Revolution is as important as the Green Revolution in feeding the world, he said. It’s demand-lead rather than supply-lead and provides substantive income increases for smallholder farmers in addition to improved nutrition.

“Livestock supports the livelihoods of a billion people in the world,” Ferrari said. “It provides food and income. It is a major source of protein. It provides essential micronutrients, which are difficult to get and absorb through other agricultural products. It’s a valuable asset to large populations. It provides a measure of wealth, … is culturally significant in all sorts of ways and of course it provides status.”

The discussion, sponsored by Sen. John Boozman, (R-Ark.), co-chair of the Senate Hunger Caucus, and hosted by the Alliance to End Hunger and Heifer International, focused on five issues including food security, nutrition, women’s empowerment, environment and resilience for smallholder farmers. 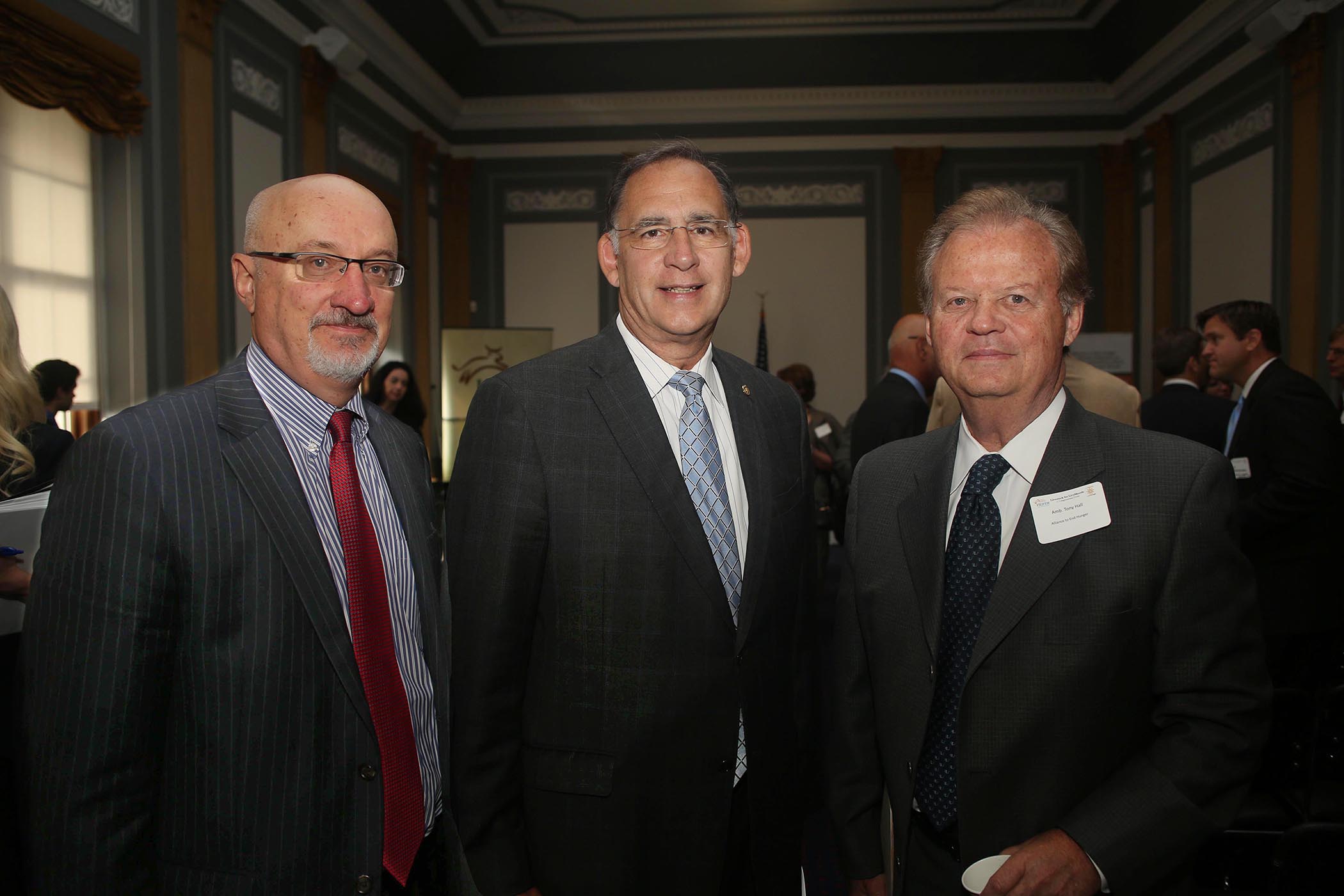 “Livestock play a crucial role to rural economies and small farmers in the developing world,” Boozman said in his keynote address. “Heifer International has been leading the way on this front and showing how livestock can revolutionize the fight against hunger.”

Muquarrab A. Qureshi, of the United States Department of Agriculture, reminded the audience of the sobering statistics: In the world, 1 billion people go hungry and 1 billion more are malnourished. According to the FAO, 239 million people go hungry in Africa every year. “In my opinion, livestock, poultry, aquaculture and perhaps other animal commodities, are the answers, and I’ll give you some examples of that.

“We have now genetically superior dairy cows that produce 34 percent more milk with 48 percent fewer dairy cows than in the 1960s. … Also we have genetically superior laying hens, that can lay 500 to 600 eggs in one laying cycle which is about 100 weeks, almost one every day. … With just one egg per day, children are proven to have higher test results, were larger and as a whole much healthier.” 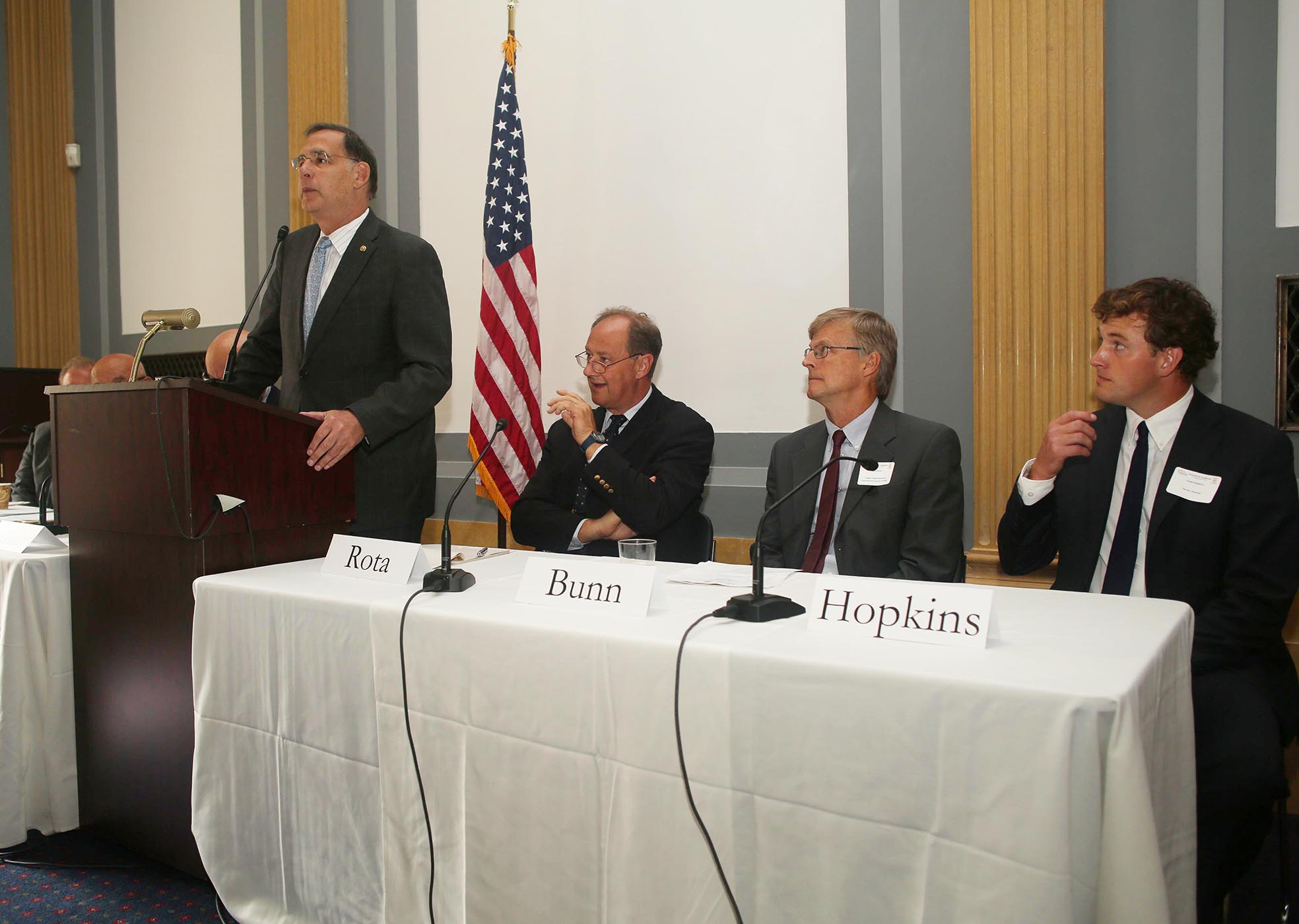 On the topic of nutrition, panelist David Bunn of the University of California, Davis, emphasized that livestock and poultry are critical for the nutrition and livelihoods of the poorest 1 billion people living in rural Africa and Asia. Including poultry in the livestock discussion with policymakers is key, he added.

“One of the big trends among international nutrition organizations is that they support homestead food production—dark leafy greens and potatoes—but in the last 10 years they’ve turned to livestock,” Bunn said. “The reason is very clear: Science has proven that for the micronutrients that are key for children under 3 years of age, the best possible source of those nutrients are animal-based sources.”

Discussions such as this one are critical to educate policymakers so they can see the value of allocating research funding and investment to livestock work, Bunn said.

“A crops-only approach dooms smallholders to subsistence farming and endless poverty,” said Steve Denne, Heifer’s COO, after the event. “Livestock are high value-add products that can enable smallholder farmers to be competitive (with the right organization and infrastructure) and generate enough wealth to be lifted out of poverty.” 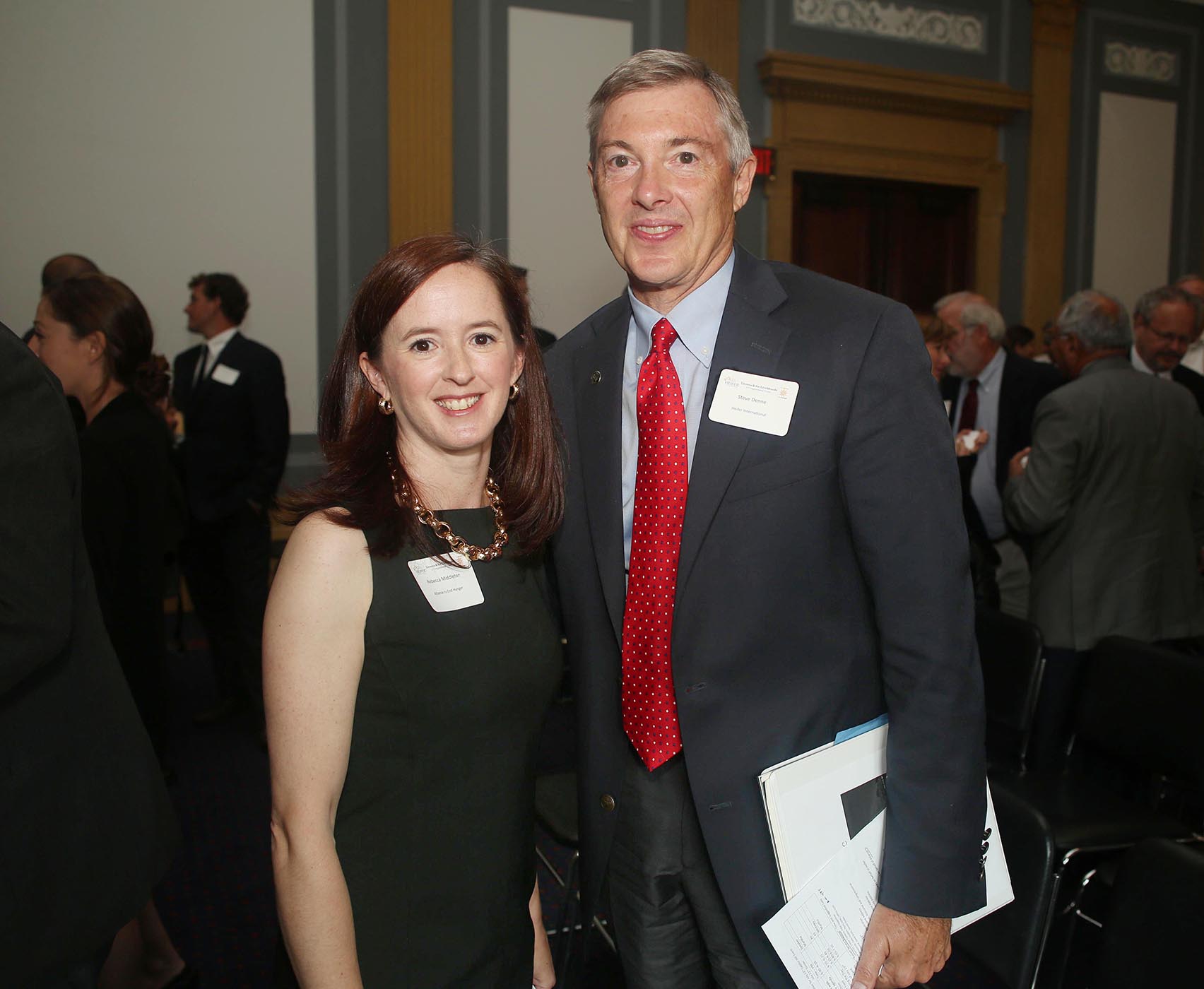 Steve Denne of Heifer International and Rebecca Middleton of the Alliance to End Hunger after the event.

Farmer and D.C. panelist Cody Hopkins, of Falling Sky Farm in Marshall, Ark., emphasized the potential. “We need to train farmers to build economic systems. In return those economic benefits are returned to rural communities desperately in need of that support. Being able to bring capital into these communities creates a multiplier effect that makes a big impact.”

“Farming is an inherently risky business, but food is a necessity,” Hopkins said.

This is especially true for women farmers, who often don’t have the same access to land or business loans as men.

Women are the backbone of agricultural production throughout the world, said panelist Antonio Rota of the International Fund for Agricultural Development (IFAD). “If we train women, we will have healthier animals, better husbandry. As soon as there is income coming in and a woman is in control, the children are better fed. They go to school; they get medicine. This money is put in a bank account, used to better the livelihoods of more people. We must invest in the opportunity and power to women to have some control.”

Panelist Trevor Tomkins of venture | dairy added, “Wherever you go in developing world, you see lots of livestock. It’s women that are attending them. But the women are trapped. The trap is the money goes to the men. There’s not enough focus on getting financing and funding to those women.

“We all talk a lot about teaching people to do things better, teaching them to use new technology. But frankly, if they don’t have the opportunity to borrow money or get equity, they are simply trapped. That is what we have to start changing. … We have to enable farmers—including women—to start their own businesses.

“It comes back to Cody’s point. We have got to have value chains, linking producers to markets. We have to give them the wherewithal to borrow money or find investors to invest in their business. It’s not a cheap date anymore,” Tomkins said.

After the event, Tomkins added that "If policymakers understood the need to work with the private sector to develop transparent value chains that would connect smallholder farmers to markets, the results would be transformative. ... The private sector would benefit because of the growing demand for high-quality animal protein and products, and the policymakers will see the benefits of more rapid economic prosperity and food security in these developing economies."

The role of public-private partnerships was key to many of the issue points, including food security and resilience for smallholder farmers.

“If we want to support smallholders to get into production, we have to invest in changing the way they produce,” Rota said. “We need to go to a more demand-driven model. People want a safe, quality product in a consistent manner. We’re trying to get more involved into public-private partnerships, because we see the role of the private sector is a fundamental one to bring this kind of knowledge and technologies forward to smallholder farmers.”

Boozman embraced the idea, and the role of policymakers in further investment in smallholder agriculture to help feed the world. “My mission today is to emphasize the point that we have to work together,” he said. “The old days of going it alone aren’t there anymore. The public-private partnerships, which you all represent so well, we really appreciate your efforts and will do anything we can to help.”