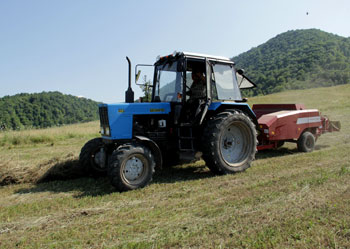 The Community Agricultural Resources Management and Competitiveness (CARMAC) project is a partnership project between Heifer Armenia and the Agricultural Reform Support Project Implementation Unit of the Ministry of Agriculture of Armenia and is co-funded by the Government of Armenia (from a World Bank loan), Heifer International and farmers' cooperatives.

The project has four distinct components, and Armenia’s Ministry of Agriculture, the Agriculture Project Implementation Unit and Heifer Armenia are partnering to implement the first component, which is mainly focused on social capital development and provision of agricultural equipment to the established cooperatives. 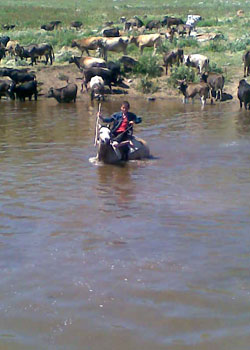 A year passed since the start of the project. In 54 out of 55 communities participating in the project, Pasture Users (PU) cooperatives were formed and 49 pasture management plans were approved; 108 units of agricultural equipment have been installed in 34 cooperatives. The tractors, plows, cultivators and balers gave members of the cooperatives the opportunity to work together, combining their efforts for a common purpose. 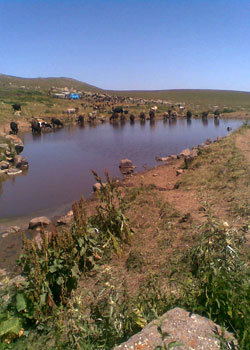 The services offered by the co-ops are around 20-30 percent cheaper in relation to neighboring communities with no PU cooperatives. On average, the savings secured by the cooperatives that have received and used the equipment was around 24 percent. This means that in areas where there was no project support, people had to pay 24 percent more money. The savings translated into increased efficiency of farm production. During 2012 the cooperatives cut hay and collected and/or cultivated more than 1,430 acres of land.

The trainings focused on cooperative development, pasture management, accounting and other topics that were successful in building the capacity of project participants and enabled them to put the acquired knowledge into practice. Since the project start-up, a total of 177 training sessions, with 4,287 participants, were provided in 33 communities. The trainings relate to the cooperation in agriculture with a focus on managerial, financial and legal aspects, as well as pasture management.

As a result of Passing on the Gift® (POG), more families will have access to the cheaper services provided by co-ops. The cooperatives use the equipment more efficiently, and thus the perception of cooperative members becomes more agricultural small-business-oriented versus just subsistence farming. Thus, with the help of services provided by the cooperatives, around 33 percent of the annual POG amount had already been collected during the last few months.

In addition, a large quantity of the agricultural equipment is going to be procured and delivered during the winter months of 2013, which will ensure a full range of agricultural services provided in the next agricultural season in the spring. 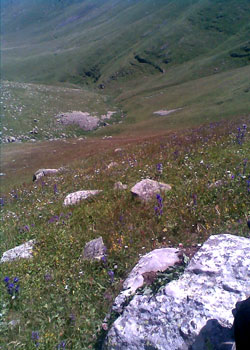 Within the pasture infrastructure improvement component of the project (Heifer Armenia has no contractual responsibilities in this component), the following works were done:

Overall, more than 23 miles of remote pasture roads were renovated and improved, and 116 watering points were established, which serve 111 acres of pastures. Along with this, more than 1,300 yards of electrical wires were installed in pastures, and three shelters for shepherds and four sheds for livestock were built.

Within the agricultural service empowerment component, the selection and recruitment of community veterinarians was completed. In addition, the preliminary assessment of veterinary supply demand was estimated.

Within the small grant component, 24 grants were disbursed to start small agricultural businesses in target communities. 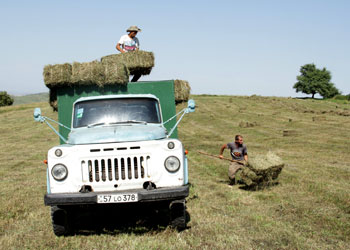 The project includes planning and implementation activities directed at improving roads and installing watering points for animals in remote pastures, as well as electricity and summer sheds for animals and shepherds. The particular interventions depend on particular community needs. The PU cooperatives will take responsibility for the effective management and maintenance of the pastures. The management will be undertaken according to the pasture management plans developed and approved for each community. The PU co-ops received pasture maps for their communities, which will help them better manage the pastures. The research proved that the community utilization of remote pastures would result in at least a 20 percent increase in milk and meat productivity. In the CARMAC project, these types of results will be more obvious when the infrastructures are fully installed and renovated and the agricultural equipment is provided in full volume to all cooperatives.

Find out how you can change lives in Armenia.