Editor's Note: Lori Ducey recently returned from Uganda where she was researching the impact of biogas on families. This post, the first in an eight-part series, looks at how biogas has transformed one woman's kitchen from a smoke- and soot-filled room into one that is clean and bright. Check back for new stops along the Magical Manure tour and continue reading the blog all month long for stories about technology and innovations that are changing farmers' lives. 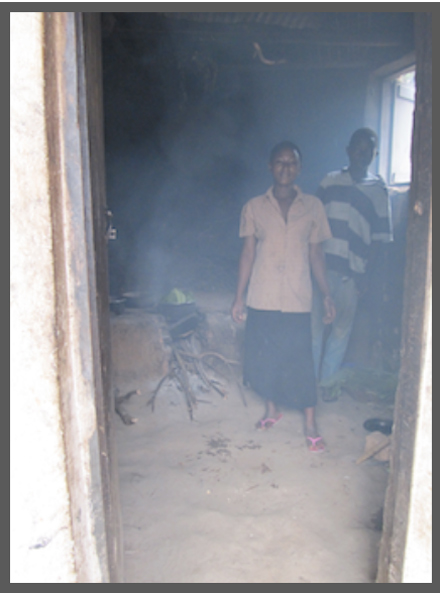 Deborah's kitchen as it was five years ago, an unhealthy, smoke-filled room.

Did you know that the “stuff” from cows and pigs can change lives in eight different ways?  Yes, fertilizer is one way...but there are others. This fun series of “magical” tales will help you answer this question.

Give the gift of biogas to a family or to a village in need.

How does manure from a cow transform the life of a woman in Uganda? A picture tells a thousand tales, and this is the story of how Deborah’s kitchen went from an unhealthy smoke-filled room to white, bright and very clean. Deborah and her family live in rural western Uganda. The kitchen immediately to the right was hers five years ago.  But now, the introduction of biogas and magic of manure have transformed her kitchen, seen in the second photo. Biogas has been shown to decrease incidents of eye infections, cataracts, blindness and respiratory illnesses because it burns clean and without the odor of manure. Biogas also increases savings because it cuts down on money needed for medical expenses, not to mention less money is used for firewood, charcoal and paraffin for lighting. 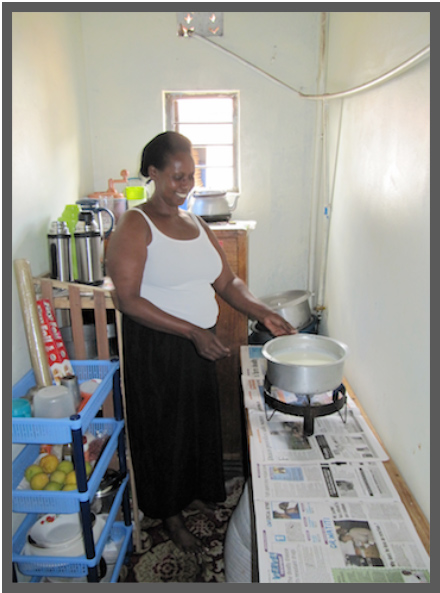 Deborah's new kitchen in her new home, adjacent to the home with the old kitchen.

Notice the soot-coated walls in her old kitchen, blackened by smoke from firewood and charcoal. The young couple living there now (pictured in the main image above), who works on Deborah’s farm, tries to minimize the exposure to smoke, but it isn’t easy. Their small daughter plays outside as her mother prepares the matoke for cooking. A staple of the Ugandan diet, matoke is large green bananas, which you can see wrapped in banana leaves boiling on the fire in the smoke-filled kitchen. After boiling, the matoke is drained and then mashed like a potato—and it tastes similar to potatoes. Notice the soot around the doorway in the photo above, where years of firewood and charcoal smoke have billowed out the door leaving marks along the way. 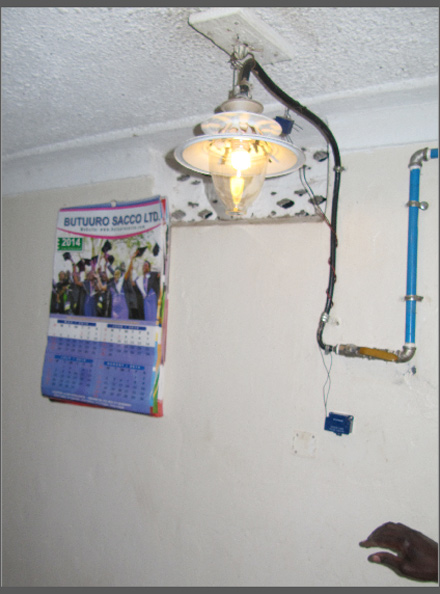 Biogas also powers the lamp in the home.

By now you’re wondering why they don’t have biogas, too. Deborah and her husband have a vision to expand their biogas plant, but it’s very expensive. In addition, they also have to have enough cows and/or pigs to produce enough manure so that the biogas plant works properly and creates enough gas for cooking and lighting. The biogas plant on their farm only produces enough gas for about four hours of energy for cooking and the one lamp inside their home. Notice the pipes above Deborah’s head in her neat-as-a-pin kitchen. This pipe feeds gas from the biogas plant through the kitchen window and splits—one pipe going to the single burner stove top and the other going to the lamp pictured below on the right. The lamp works similarly to a propane powered camping lantern that has a mantle and a glass globe.

Read more about biogas in Uganda and watch a video of one family's experience. Or, learn how to build your own biogas generator.

Deborah and her husband are saving up and planning on building an additional biogas plant for their farm, but it will take at least a few years. Biogas plants in Uganda, depending upon their size, cost between $800-$1,200 dollars. When your annual income is less than $800, and when you take into account interest rates on loans (if you can get one) average 30 percent, planning and saving takes time. But, with the savings mentioned above from less fuel costs in addition to an increase in income from improved crop yields from utilizing the organic fertilizer, they can save for the next biogas plant or send a child to school or purchase more land to increase their agriculture production, or….the list goes on. Hence all the planning.

How does the biogas plant work?  Great question—it is so simple and, yes, magical. So, don’t forget to watch for the answer to this question in the next tale of the Magical Manure series. Perhaps along the way your life will be transformed, too!