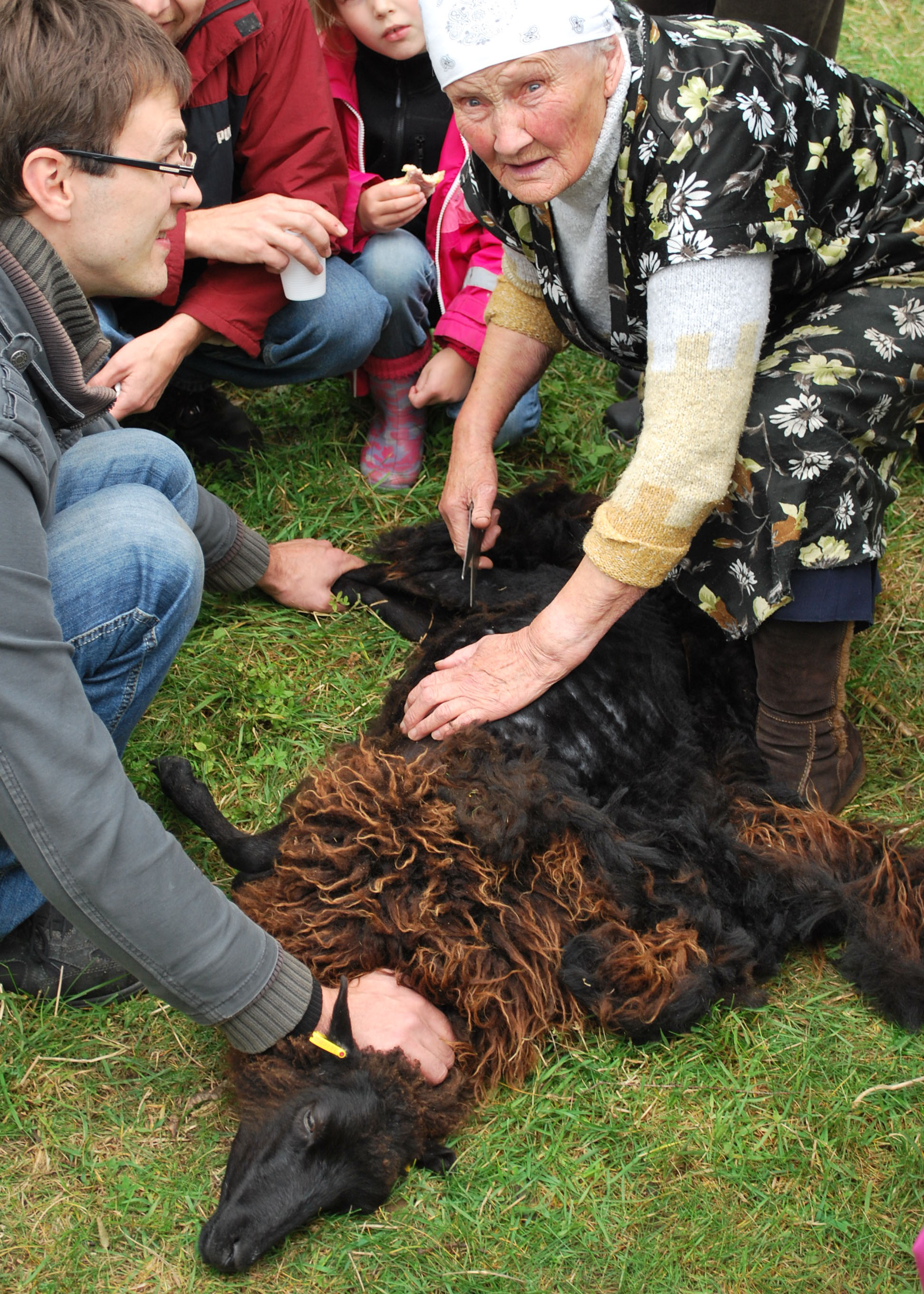 Approximately 200 people gathered for a traditional Sheep Shears Festival at Samusiai Farm deep in the forests of eastern Lithuania, organized by the Heifer project community of Alksnas. Before the event everybody already knew that it was going to be a very familiar and practical couple of days with the chance to gain new skills.

There were at least 20 other communities represented, including Heifer communities interested in sheep breeding and production processing. There were also a few families that had immigrated to Lithuania and had made the decision to settle in the rural areas. These families are going to be recipients of the Passing on the Gift® from Alksnas, which is scheduled for this spring.

The Alksnas community connects three or even four generations. Seniors pass on their knowledge and skills to the people, coming from towns to live in the villages. The respect with which domestic animals are treated in this community is the same from the elders of the neighboring villages. In the shear competition, the lady with traditional scissors and the Heifer Baltic Foundation director with electric shears competed to see who could shear the sheep quicker. 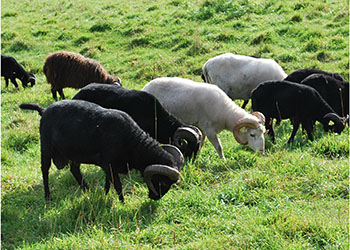 Everyone brought homemade meals to the festival and shared with others. Even the children were involved in fleece-felting activities under the direction of a teacher. During the festival, the owner of the farm, Inga Samušien?, made an interactive lesson felting slippers in an hour and a half in front of participants, explaining what she was using and how she was processing fleece. Participants enjoyed this type of training. “The best way to learn is watching how handicrafts are made and listening to the person who is doing it,” Inga said.

After processing two pounds of wool, $100-$200 can be made by selling it to markets abroad. The crafts made with her wool have expanded not only through this village, but to the whole of Lithuania. Now Inga is president of the newly established Fleece Felting Craftsman Association.

Participants were also interested in the BERAS mobile information center, where they could get information about the Baltic Ecological Recycling Agriculture and Society and the clean-up of Baltic Sea.

The most popular topics, however, were Skudde sheep and processing wool. The Skudde Breeders’ Association in Lithuania was created based on the Heifer model. It is said that the original home of the Skudde sheep is East Prussia, the Swiss Alps and the Baltic States. However in Lithuania, Skudde sheep were not officially a local genetic resource, so during Soviet times they disappeared or were exported to Germany. However, the breeders in Lithuania now believe this problem will be solved soon. 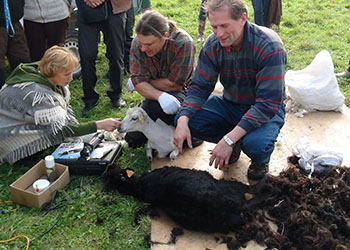 The Skudde is a very rare sheep today. There is strong evidence to suggest it was in existence during the Iron Age and that they are possibly direct descendents of the Stone Age sheep. The Skudde is culturally important and is highly genetically valuable because they are one of the purest breeds still in existence.

Heifer Baltic Foundation director Ar?nas Svitojus talked more to the participants about Skudde sheep. It is a short-tailed sheep that thrives on quite barren land. Providing it has some shelter from strong winds and rain, it is perfectly happy outside. Good hay may be used to supplement the Skudde's diet during the winter months, but mineral supplements are not necessary. The sheep are indiscriminate in their browsing and foraging habits and are ideal for landscape conservation. They are at home on the moor or a mountain. Thistles, weeds and other scrub ignored by most breeds are all eaten by the Skudde.

Inga Samušien? agrees that Skudde fleece is similar to the coat of a dog and consists of an undercoat of very fine wool fibers intermingled with short hairs and coarse outer guard hairs. The wool grows around five inches each year with the fleece  averaging 3-5.5 pounds. The underwool is often run through a dehairing machine and then spun into a fine cloth or it may be spun in a natural state producing beautiful rugs and blankets in attractive natural colors. The guard hair is evenly distributed with the wool, which, because of its water-repelling properties, makes it popular for felting. 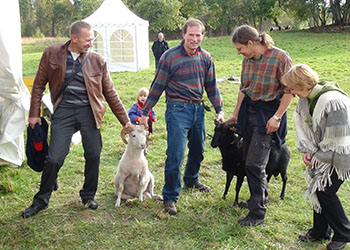 The Skudde is fully mature at two to three years. They have long life expectancy and a long reproductive life. The breed is very fertile with the ewes coming into heat throughout the year, rather than during a particular season. Generally, it is possible for a ewe to lamb three times over two years, with one to two lambs during each birth. The ewes lamb easily and have strong maternal instincts.

Alksnas community members have confidence that their incomes will increase because of sheep-breeding activities. People will earn much more by selling live animals than they would selling meat. As the breed is endangered, it is very important to support and preserve it, and the sheep in the project have documents stating their pedigree. In Lithuania, these animals will be used to improve selection and breeding.

The community members are very happy that they are going to influence preserving the Skudde breed. They believe that this support from Heifer will be beneficial both on nutritional and cultural levels.