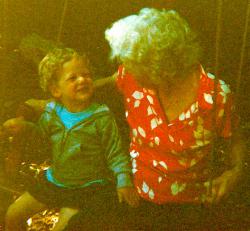 Dan Broadley and his Grandma Jean.

What does the plight of farmers in the developing world have to do with a high-end men’s barbershop in Hollywood? Generally, very little. But worlds collide in the Svelte Men Barbershop in Los Angeles, thanks to a certain Grandma Jean.

The seeds of Svelte Men’s mission to improve people’s quality of life worldwide, in addition to men’s quality of coiffure, began nearly 15 years ago as co-owners Dan Broadley and Timmy Yanchun were growing up in the suburbs of Boston. When he was young, Broadley’s grandmother Jean donated animals from the Heifer catalog in his name every year for the holidays. “As I grew older,” writes Broadley on the company’s website, “the donations quickly became my favorite gifts to receive during the holiday season.”

At the same time, Yanchun began his career by giving affordable haircuts to his brothers and cousins. He says, “It blossomed into my first barbershop at eighteen.” The young man went on to develop a devoted clientele on the West Coast where he opened his first shop at the SLS Hotel in Beverly Hills. From there Broadley and Yanchun, along with Yanchun’s brother Nicky, officially launched the Svelte Men brand.

Broadley says, “We always had that entrepreneurial spirit. I was working as an accountant and my grandmother passed. Because of the money she left us we were able to get off the ground and so we vowed to show respect and not forget that down the road.”

The men began supporting Heifer by donating a portion of their profits and by spreading the word among their customers. Broadley notes that “It seemed like that was the best way to honor what she left us.” Of the men’s on-going work and commitment to Heifer he says, “She’d be thrilled…she was always super giving. They never had a whole lot but they always worked to help others less fortunate.”

Guys in our demographic really don’t know how or why these things are happening and that’s a lot of our motivation in our job, to inform them on how to help. Timmy Yanchun, Svelte Men Co-Founder

Broadley and Yanchun admit that Heifer wasn’t an obvious go-to topic for barbershop chair-talk at first. Yanchun notes, “Guys in our demographic really don’t know how or why these things are happening and that’s a lot of our motivation in our job, to inform them on how to help. In our opinion, [Heifer is] really the best cause to give your time and money to. We’re obsessed with this work, and we don’t think that it’s too farfetched to have other guys our age do the same once they understand it. That’s our job.”

So how do they relate their passion to their customers? Yanchun says that “One thing that stuck out to me very early on working with Heifer was the ‘teach a man to fish’ idea…that really resonates with guys…when you apply it to a charitable situation they definitely get it.” The Svelte Men shops also feature images of Heifer project participants that Broadley notes, “tell the story and invoke questions from our customers.”

Broadley and Yanchun recently had the opportunity to see Heifer’s work in Guatemala first hand. Broadley shares that, “There is a huge entrepreneurial spirit within Heifer once things get rolling…One of the things that we thought was really cool was how Heifer projects progress.” 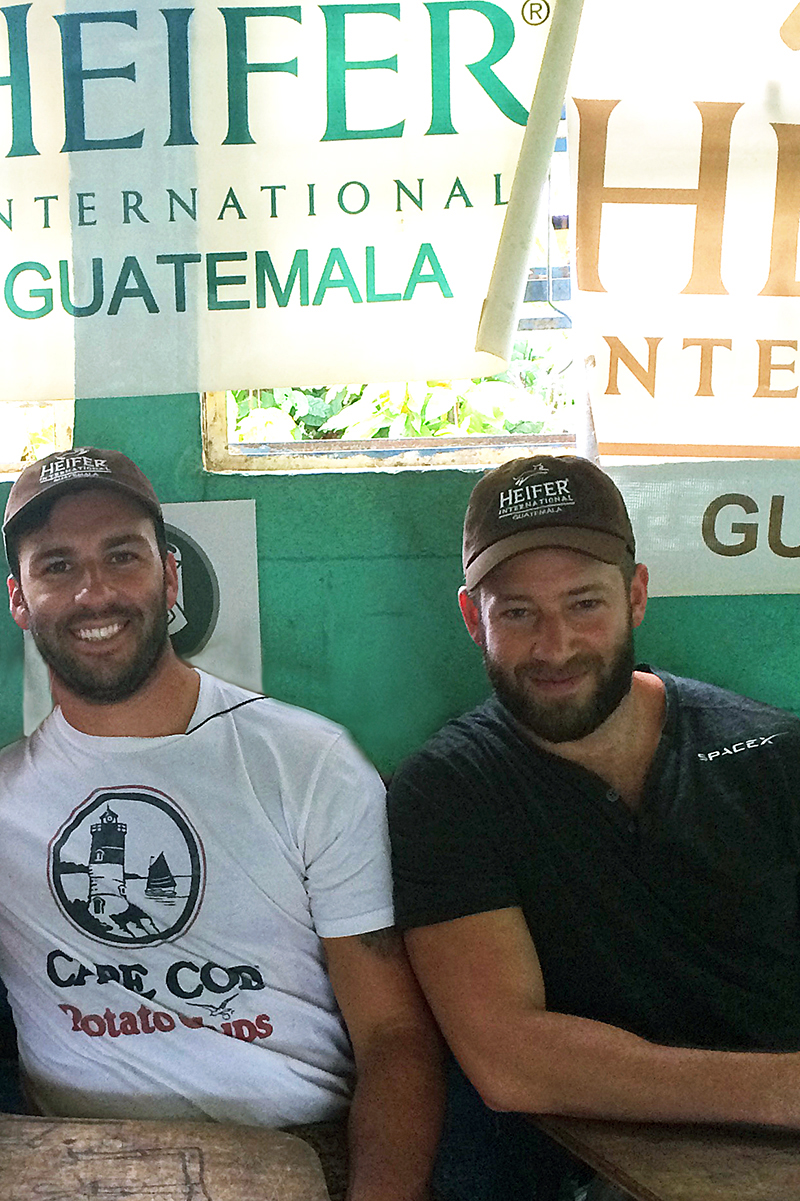 Broadley and Yanchun visited Heifer projects in Guatemala over the summer.

Broadley was also moved by the project’s focus on empowering women. “If [the women in my life] weren’t allowed to do certain things or be who they want to be, I wouldn’t be who I am,” said Broadley.”So, when I see these kids running around and there is a power to their mothers, they can speak up, their aunts, their grandmothers, I think that’s huge.”

Meeting a woman named Ms. Dolores Tux Xol from Caquihá 1 Village, in the Alta Verapaz region of Guatemala who is working with Heifer to improve her circumstances made a particularly deep impression on the two men. “It was definitely life changing and made me rethink a lot of things in my personal life, and about the world as a whole. I was deeply moved by her words and her overall situation. I will be connected to Dolores through that memory forever and I am truly indebted to her for humbling me with her humility,” Yanchun recalls. “It’s really motivated us and trickled into our business life. It’s got us thinking a lot about Guatemala as a whole.”

But that’s not the only way they’re walking the walk—or in this case, running the walk. This Halloween, Broadley and Yanchun will be fundraising by running the L.A. Rock N’ Roll half-marathon under the banner of Team Heifer–you can join the team and help support them right here.

From the sleek design of the Svelte Men logo to the impassioned statement on their website on the importance of quality and craft when it comes to hair and skincare, it is clear that no detail is too small in the pursuit of excellence for Svelte Men’s svelte men. But a closer look reveals their good grooming is more than skin deep, and their commitment to excellence on the outside is fortified by a genuine desire to make the world a better place through their passion, and of course by Grandma Jean, who made it all possible.