By the time you finish reading this, you will care about the world’s hundreds of millions of smallholder farmers.

Your morning cup of coffee more than likely originated in a developing nation on a small family farm. Your afternoon chocolate fix almost certainly began on a small farm in West Africa or the Amazon, since shade-loving cacao trees are extremely difficult to grow on plantations. Like chai tea? Thank Guatemalan small farmers for the aromatic cardamom you need to make it.

The local food movement in the United States has helped increase visibility for this country’s small farmers. We go to weekend markets, shake our farmers’ hands, and talk kale recipes and bumper crops. Why should we care any less about the stories and lives of the farmers growing some of our favorite crops, just because they are thousands of miles away? 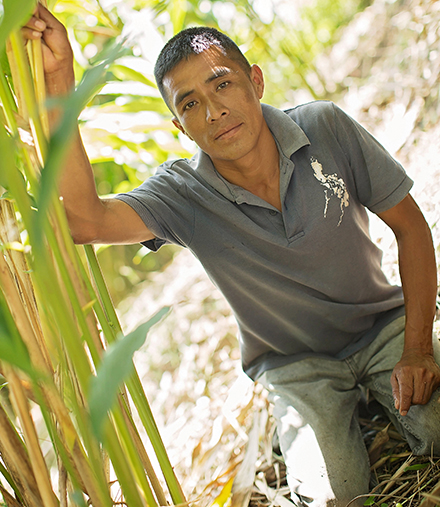 Let’s take a look at cardamom and the farmers who raise it. Just what is cardamom, anyway? It’s a spice native to India, Pakistan, Nepal, and Bhutan and sold in pod, seed, and ground form. It’s commonly used in Indian cooking and is one of the several spices that go into the popular chai tea beverage. By weight, it’s the third most expensive spice in the world, behind saffron and vanilla. Though there are numerous claims of health benefits from cardamom, it is by no means a significant source of human nutrition. In other words, it’s a “nice to have” item, not a “need it to survive” food, as far as consumption goes.

I recently had the opportunity to meet cardamom farmers in Guatemala. Guatemala is the biggest exporter of cardamom in the world.

Seventy percent of the country’s cardamom production comes from the department (state) of Alta Verapaz, which has a population of around 1.1 million—less than the population of Dallas, Texas.

These smallholder spice farmers rely on income from cardamom crops to feed their families and cover basic needs like food, clothing, medicine, and education. Most live on incomes below $2 a day, and their children suffer chronic and acute undernutrition. 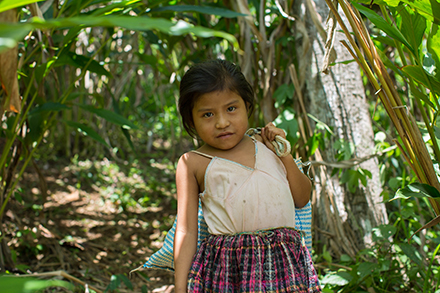 So the vast majority of cardamom we import in the United States is grown by small farmers in a part of Guatemala where 79 percent of the population lives in poverty. As a globally in-demand crop, international market prices for cardamom overwhelmingly determine families’ economic well-being. Similar statements can be made for coffee and cocoa. This should unsettle us, the consumers. Shouldn’t the farmers who grow the crops we enjoy so much be able to feed their families and clothe and educate their children?

I hope it’s safe to assume you’d like to see an end to world hunger. Did you know that around 70 percent of the world’s hungry people are either from smallholder farming communities or are part of families who don’t own their own land but work on others’ farms?

Nearly two-thirds of the people suffering from hunger are directly connected to agriculture. Why is this? If they’re farmers, why are they hungry? Why are their children hungry? Can’t they just grow more food?

The thing is, it’s not a simple supply issue. Hunger isn’t caused by scarcity; it’s caused by poverty. And the world’s poor farmers are poor and hungry for a number of reasons. They don’t have enough land, lack farming techniques needed to maximize what land they do have, and/or they’re paid too low a price for their output to live in dignity and without hunger. While we read articles about how many thousands of dollars in salary you need to make in any U.S. state to be “happy,” more than a billion people live on less than $500 a year and face obstacles we can barely imagine. 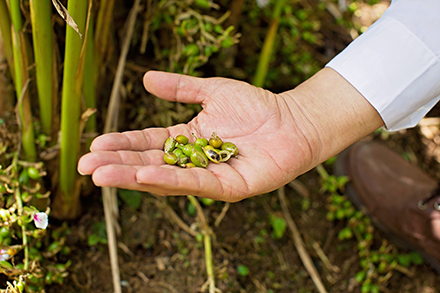 Let’s go back to the Guatemalan cardamom farmers. Their crops are currently being affected by thrips, an insect that harms the cardamom plants and decreases quality and yield. Prices for the crop fell three years ago: Farmers went from receiving about $1.50 per pound to about $0.06 per pound—a 96 percent drop. Lack of access to new and improved technologies hinders farmers from improving genetic quality and reaching reliable international markets. Further, overuse of fuel wood to dry the cardamom pods is stripping the land of trees and causing environmental damage, degrading and destabilizing future crops.

These factors are creating what is now being referred to as the “cardamom crisis.” The international market increasingly demands quality product, and without outside interventions, many smallholder cardamom farmers in this area (350,000 families and counting) risk serious loss of income growing this spice. As many are starting from a baseline of extreme poverty, additional hardship will only make their lives more precarious. The cardamom crisis has revealed two pressing needs: to improve spice quality (production and processing) and to lessen the impact of uncontrollable factors on household incomes.

To help address the cardamom crisis, Heifer International is partnering with the Borlaug Institute for International Agriculture of Texas A&M University and a local development organization, with support from the Guatemalan Association of Exporters. Together we will:

There are 600 million smallholder farmers and herders in the world. That’s nearly twice the population of the United States. By working with them, we have the power to end world hunger. And if we want to ensure the continued supply to our grocery stores and markets goods like cardamom, cocoa, and coffee, we have to support the farmers who make it possible. They’re too far away to shake hands with, but they shouldn’t be too far away for you to care about. Perhaps it’s time to think locally and act globally.