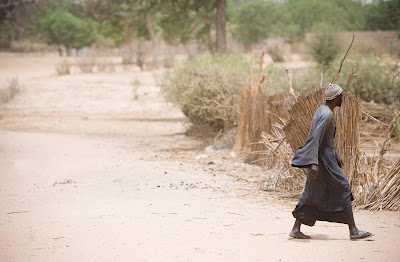 Photograph by Geoff Oliver Bugbee
Yesterday, the United Nations officially declared famine in two southern regions of Somalia, brought on by the worst drought there in 60 years.
UN humanitarian coordinator for Somalia Mark Bowden said that if action isn’t taken now, “famine will spread to all eight regions of southern Somalia in two months due to poor harvests and infectious disease outbreaks.” (Read the entire AFP story on the announcement here.)
While Heifer has no projects in Somalia, about 78,000 Somalis have fled to neighboring Kenya and Ethiopia, where we do work. The influx has placed further strain on those countries, which are also dealing with drought.
We will continue to closely monitor the situation, and will update you on how our projects are faring as soon as we hear from our staff there.
However, about $1.6 billion is needed right now to help combat the crisis. There are a number of organizations already providing aid and relief in the Horn of Africa.
CNN posted this story that includes a number of ways you can help the relief efforts underway. Other organizations assisting in aid and relief can be found here.
We said this a couple of weeks ago, but it bears repeating: If you can’t spare money to donate, share news of this crisis with friends and family. Follow the organizations on the ground via Twitter and Facebook. Even these small actions can make a difference.