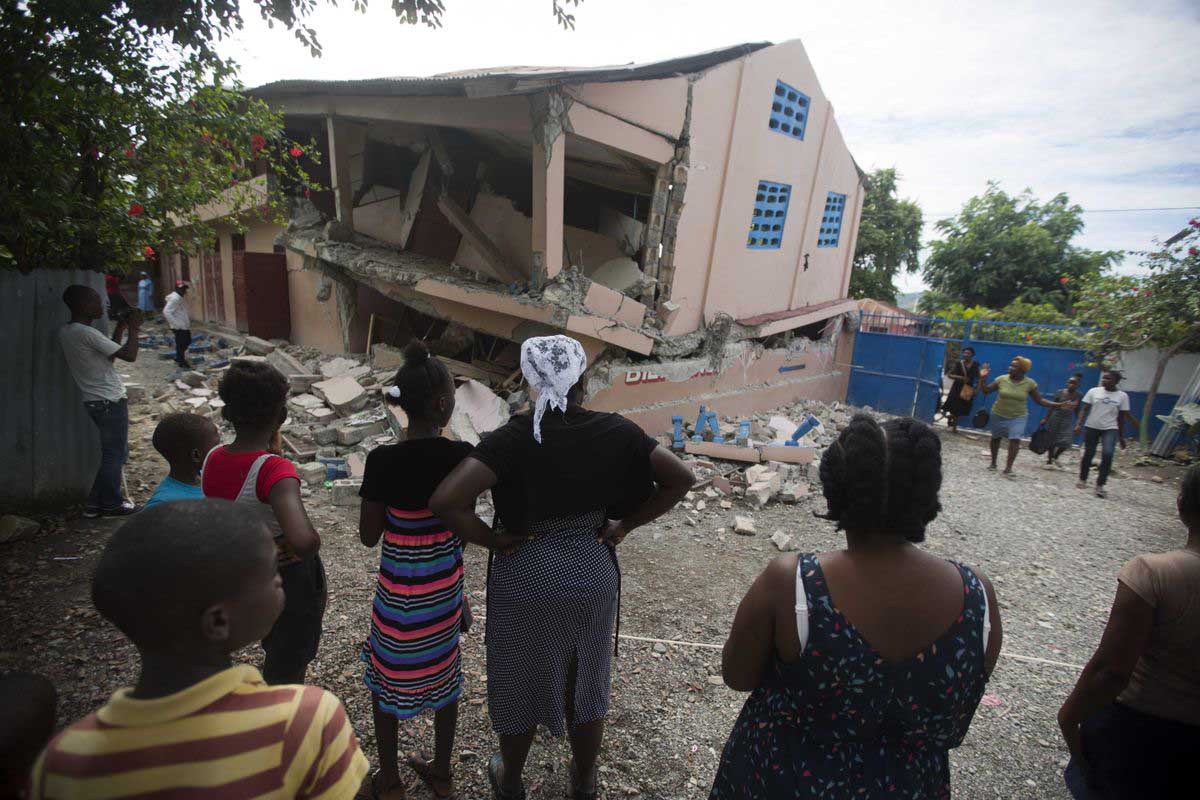 A 5.9 magnitude earthquake shook Haiti late Saturday, toppling some buildings and killing at least 15 people. Heifer Haiti Country Director Hervil Cherubin said the quake was felt throughout the island nation, and the worst of the damage to Heifer participant homes appears to be Saint-Louis du Nord, where many houses have been damaged.
Here's what we know:

Cherubin said he has not heard of any impact on animals so far, but that the country is also experiencing heavy rains that is causing flooding in some areas.

According to other news sources, this is the strongest quake to hit Haiti since the 7.0 temblor in 2010. You can find more information about the earthquake, injuries and damage at the following links.

We will update this post with more information as it becomes available.