Is it hot and dry where you are? Here in Little Rock, Arkansas, it most certainly is. I'm sure you've heard that the United States is experiencing the worst drought on record since the 1950s. For my family it's meant less time on playgrounds and more time at the children's museum. My neighbor's tree has been dropping leaves in our yard like it's fall. Our electricity bill will be considerably higher this summer than usual.

The bigger picture, though, is so much worse.

From the National Oceanic and Atmospheric Administration:

Hot temperatures and low precipitation have created a visible impact across the nation: stressed and dying vegetation. NOAA’s satellites are used to measure the impact of drought on vegetation, and in many ways, the ability to measure the impact on vegetation provides a more readily understandable way to measure drought. This animation shows monthly composites of vegetation health index derived from data from the AVHRR sensor on-board the NOAA POES satellite. Areas colored in shades of orange are experiencing moderate through exceptional drought conditions and are consistent with areas of vegetation stress.

Right. So vegetation = trees, grass, bushes, flowers, food crops. The United States is the world's largest exporter of corn, soy and wheat. With our crops turning to dust and blowing away, the world's grain markets are in a precarious position. If corn gets too expensive or the supply is too low, that spills over into the wheat market, which is next in line as a source of livestock feed. Rice would suffer next. An article in the Guardian stated:

Ruth Kelly, Oxfam's food policy adviser, said: "The toxic combination of a heatwave in the US, which is decimating corn harvests, and the unwavering global demand for biofuels, is again pushing the price of basic food stuffs higher and higher."

Richard Volpe, a research economist with the US department of agriculture, said prices of beef, pork, poultry and dairy products could be the first to soar. 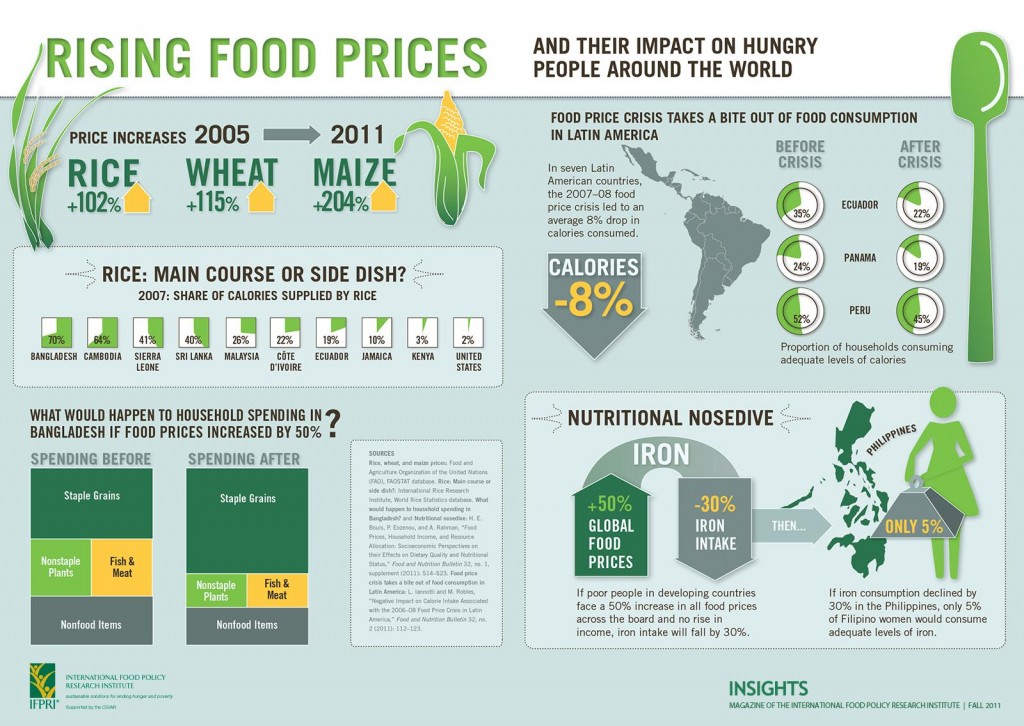 This seems like a no-brainer, but when food prices climb, people go hungry and are malnourished. And they get angry. Last time we had a global food crisis, we saw riots in 30+ countries. According to Save the Children's annual child development index, the number of children who are hungry and malnourished grew for the first time in the past 10 years. They are saying hunger is the "most urgent threat to children worldwide and threatens to drag back progress in saving and improving their lives." We don't get to pick when droughts happen. And with the global food market so intricately connected, a drought in the United States can spell trouble for the world's hungry children. A significant part of the work we do with farmers around the world is to help reduce their vulnerabilities to external forces like a drought in the United States. In fact, that's one way to measure a family's sustained exit out of poverty: in times of crisis, can the family still provide for themselves or affordably source enough nutritious food every day? A family farm with a small herd of goats, flock of laying hens, crop of livestock fodder, diverse kitchen garden and rain-collecting cistern will be much less vulnerable to rising global grain prices than a farm producing a single crop.