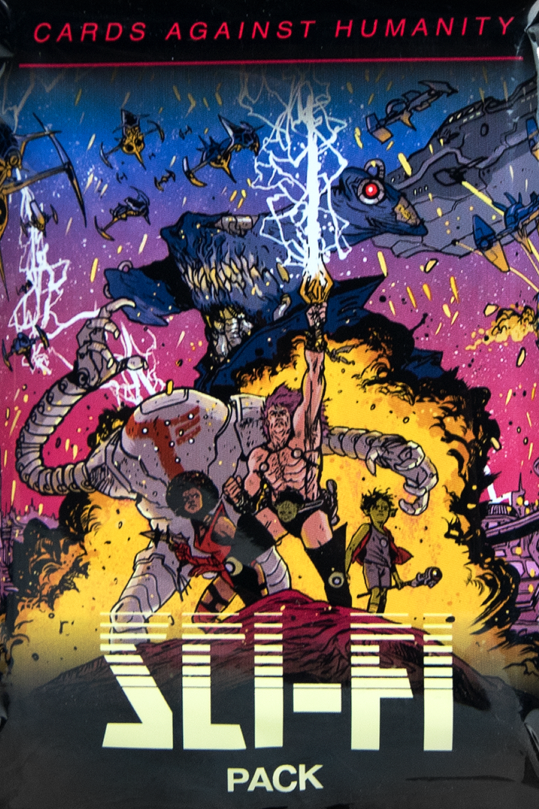 The Cards Against Humanity Sci-Fi expansion pack is here!

Here's what you can expect from this new pack, according to the Cards Against Humanity store :

Red Alert! Sensors detect 30 brand-new cards headed straight for the warp core! Set condition one throughout the fleet and prepare for new content!

Wondering what Cards Against Humanity even is? Here’s the description of the game from their website:

The game is simple. Each round, one player asks a question from a black card, and everyone else answers with their funniest white card.

Based on the millions the company has raised and donated to good causes, we have a sneaking suspicion that the people behind Cards Against Humanity actually love humanity. So if you're also interested in sci-fi and the world becoming a better place, make it so by grabbing their sci-fi expansion pack today!