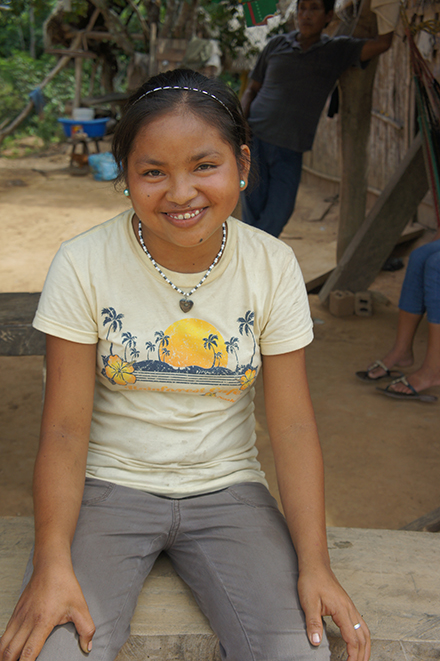 Editor's note: Tomorrow is International Day of the Girl Child. In honor of girls in our project communities, we share with you the story of a teenage girl in Bolivia who is taking her future into her own hands by participating in a Heifer project.

Earlier this year, I wrote a little bit about Bolivian brothers Dani and Tito, who taught me how their family makes chocolate in the Bolivian Amazon. Dani and Tito’s family is a part of the project Developing Food Systems for Small Farmer and Indigenous Families in the Bolivian Amazon, which supports 2,783 families that are managing and harvesting wild cacao in the Bolivian jungle through training in natural resource management and climate change adaptation, nutrition and stronger links to local markets.

The project also provides animal resources to families so that they can rely on additional sources of income and nutrition. In Santa Rosa del Apere, families involved in the project receive fish and sheep.

At this point in the trip, our small Heifer International delegation merged with a sizeable local nonprofit group that also wanted to learn about the project. After visiting a community tilapia pond and eating breakfast, we traveled down the road to listen to members of the community talk about their experiences with the project and their sheep. Well-spoken, middle-aged women and men stepped up to speak, as leaders in their community, but what stood out to me was a shy teenager who had the courage to address the crowd of strangers. She spoke with knowledge and experience, despite her young age, but I wasn’t able to chat with her to learn more about her story after the presentation as we were whisked off to another meal and another official presentation from the community.

However, I had luck on my side that day, because as we prepared to leave the community, our truck got a flat tire. I took the opportunity to talk to the inspiring young shepherd, 16-year-old Benedicta Mae Juco. 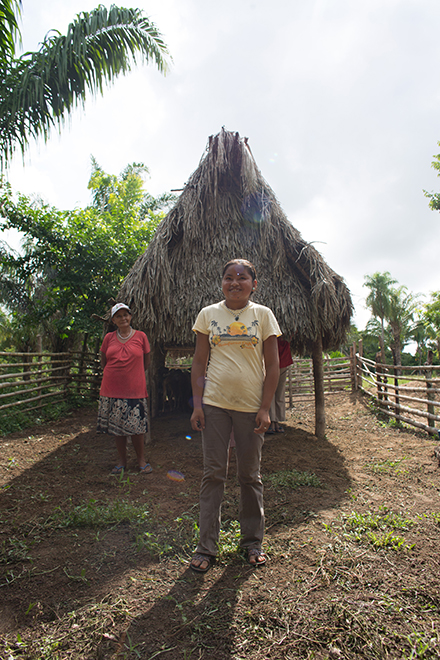 Benedicta talks about taking care of her sheep.

Benedicta is one of twenty siblings, but she only lives with five of them, as most of them now live in different communities or cities. She’s the youngest, but that doesn’t mean she lacks responsibility. Both of her parents had suffered illnesses when we visited and, although her father had recovered, her mother still was still ailing from heart trouble. Since her mother couldn’t work around the house, Benedicta helped pick up the slack with cooking, cleaning and other household chores when she wasn’t in school.

And those are far from her only responsibilities. In June of last year, Benedicta traveled to a neighboring community for a training event led by Heifer International Bolivia’s project partner, CIPCA (the Center for Research and Promotion of Campesinos). The event taught participants how to vaccinate sheep, and now Benedicta takes care of all the vaccinations for her family’s 30 sheep. She also takes care of the sheep when they are sick.

Benedicta’s new skill is crucial to keeping the sheep healthy, thus protecting a source of livelihood and nutrition for her family, and judging by her speech earlier in the day, it is also giving her the confidence to become a young leader in her community.

Celebrate International Day of the Girl Child: Send a Girl to School with a donation to Heifer.