Poverty, political instability and violence in some Central American countries where Heifer works are fueling migration as people seek security and opportunities for their families. Journalist Alice Driver writes on the importance of covering immigration from a woman's perspective in Heifer’s 2019 Holiday World Ark magazine, in mailboxes and online in October.

Journalist Alice Driver takes no shortcuts in covering the news at the U.S.-Mexico border. In 2018 she spent weeks embedded in a migrant caravan, sharing meals and rising with the group by 3 a.m. to cover as many miles as possible before the heat of the day. She hiked and crossed rivers with the migrants, most of them mothers and children. By the end of the journey, Driver earned the trust of the people whose stories she wanted to tell.

The majority of journalists covering the immigration issue are men, and that mismatch shows in the kinds of stories we see and hear, Driver said.

It’s those very spaces, occupied by women, children and the transgender community, that Driver thinks Americans need to be peering into.

“For me, what I see mostly in the media is men covering migration like a war, with cartels and drugs and conflicts and guns. The truth is that’s a very small part of the story,” she said. 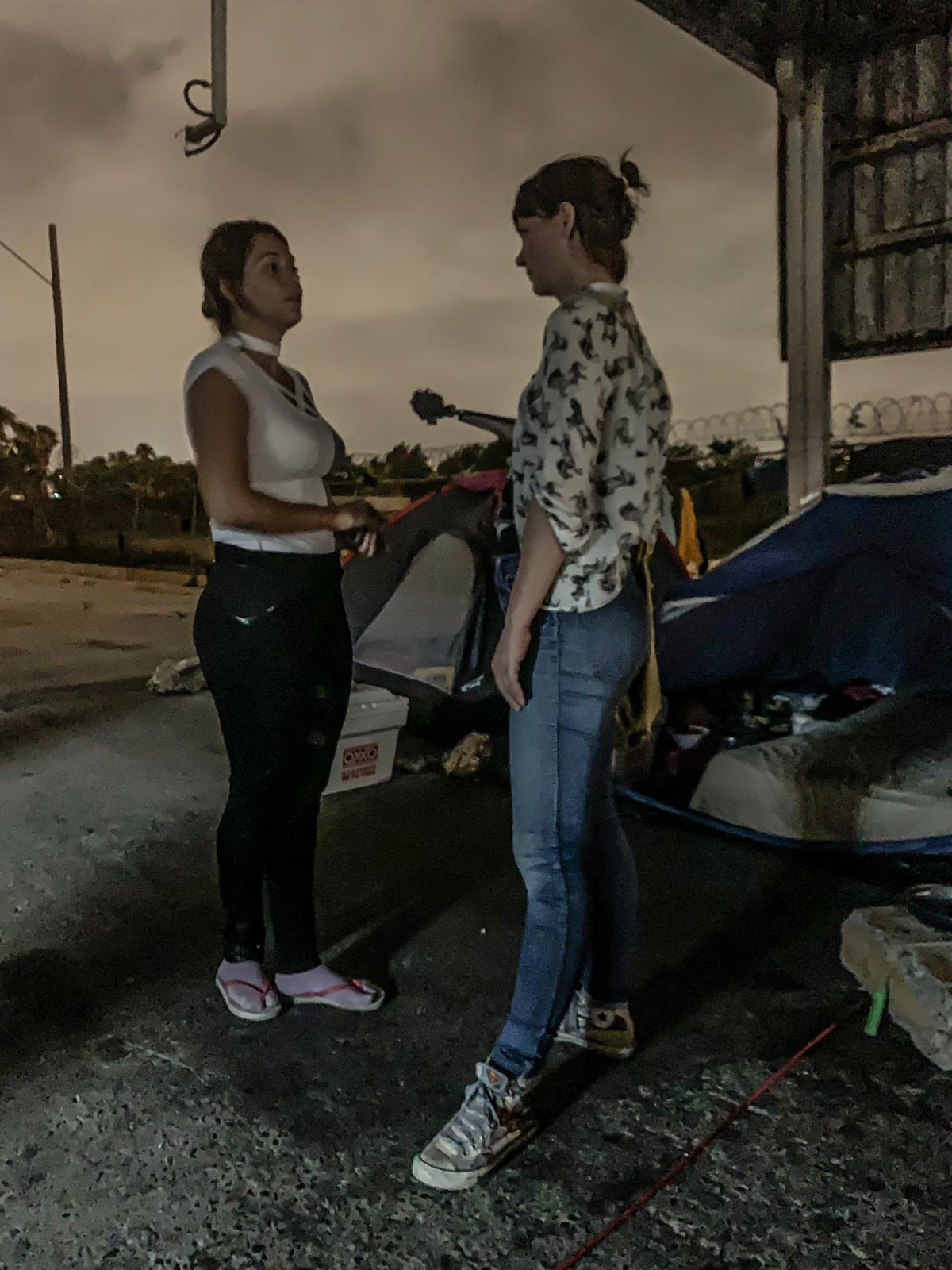 Living in Mexico City and speaking Spanish helps journalist Alice Driver connect with her subjects. This photo and the main image by John Stanmeyer

Driver started covering immigration at the U.S.-Mexico border in 2017 and hasn’t stopped since. Her stories go deeper than most, addressing not just U.S. policy and national security, but also the humanity and desperation of the people seeking asylum.  The market is hungry for her unique perspective; major media outlets including Time and National Geographic are publishing her work, and she’s sometimes called upon to offer her expertise on CNN and C-SPAN.

Being a woman grants Driver some opportunities her male counterparts don’t have, but it also throws up some challenges. As a woman working in a region unfairly portrayed as teeming with violent criminals, Driver fields questions about her safety almost daily.

“I’ve never had any issue in my years of working on the border,” she said.

Being thoroughly prepared helps. She credits first aid classes and specialty training in how to report in high-risk areas, along with an understanding and appreciation of the region, for keeping her safe.

“I think part of it is having respect for the language and the culture,” Driver said.

And by living in Mexico and speaking Spanish, Driver can identify and amplify stories she might otherwise miss.

“Some subjects aren’t written about very much simply because you’ve got a majority of white male reporters who don’t necessarily speak the language, don’t necessarily live in the region,” she said. “That impoverishes the view we’re getting of the situation.”

Proximity and language skills were key last October, when Driver joined the caravan of people from Guatemala, Nicaragua, Honduras and El Salvador moving toward the U.S. border. The story she found was different than what you might expect.

“For me it was really kind of a family environment,” she said.

Kidnappers prey on migrants traveling alone, while caravans offer safety in numbers, making them an especially attractive option for children and single women, Driver said. Children made up more than half the group she was traveling with, and many families even brought their pets along. A few pregnant women gave birth during the trip.

The stories Driver came away with showed normal people facing extremely tough circumstances, and that’s something readers can relate to, she said.

“The thing I love about covering migration is that we are all migrants,” Driver said. “If you look in any person’s family history, you’ll find it. It’s the most human story there is.”

The idea of thousands of faceless migrants trudging toward the border might inspire fear, while a story about a single mother from Nicaragua wearing only flip-flops on her feet, herding her four children hundreds of miles toward safety and opportunity, inspires empathy.

Driver asks migrants why they left home and at what cost, mapping out the links between immigration and climate change, violence and political unrest. What has to happen for a child to flee Honduras on a treacherous solo train journey to the U.S. border? What’s it like to be a migrant transgender woman put into detention with men?

Driver provides this context while shining light on vulnerable groups, enlisting us to keep a watchful eye on them.

She looks forward to the day when covering women and women’s issues at the border are simply standard practice for all journalists.

“What’s unfortunate is that a white male perception has been defined as unbiased, and anything else is considered biased,” she said. “Journalism is on the side of truth, so I would not define myself as an advocate or an activist. I am a person who speaks truth to power.” 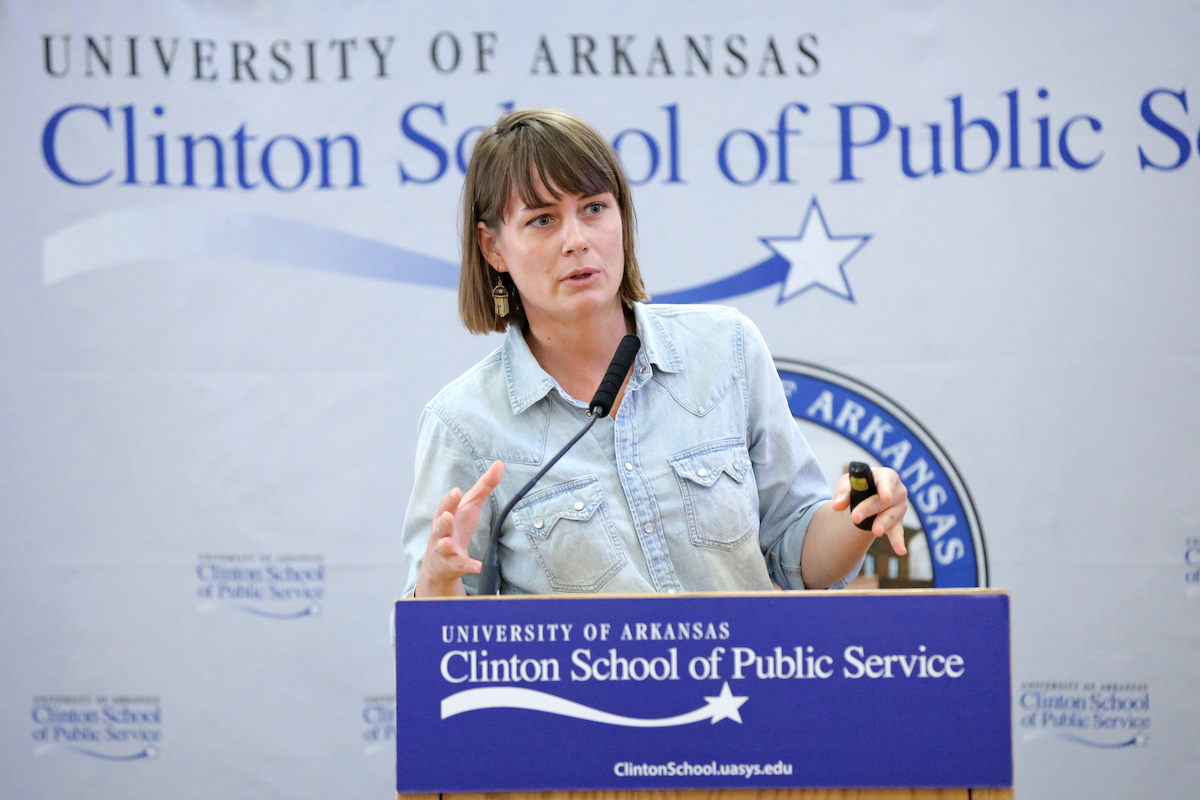 Driver always wanted to be a writer. She went to Berea College in rural Kentucky partly because they charge no tuition, giving her the economic freedom to pursue a career that’s not always steady or lucrative. A calling to tell stories that otherwise wouldn’t be told pushed Driver to leap from an academic path into journalism, and to flesh out her 2015 dissertation on violence against women in Mexico to a full book, More or Less Dead: Feminicide, Haunting, and the Ethics of Representation in Mexico.

This full-throttled dedication to her work mirrors her parents, artisans and homesteaders who moved to northwest Arkansas in the 1970s and built their own house from scratch. Driver grew up in Oark, a rural town of 200 people in the northwestern part of the state. Her parents lived in a tent for a year while they built the house where Alice and her brother were born. Both parents worked at home, her mother a weaver and her father a potter.

“They made a choice to live in rural Arkansas, to build their own house. They chose the freedom of having their own time over owning things,” Driver said. “Growing up, we had an outhouse. We never had a lot of material things. But my parents made their entire lives pretty amazing.”

Driver’s choices, although quite different from her parents’, are equally unconventional.

“They gave me a model for what it looks like if you want to build your own creative life,” she said.

Whereas her parents put down roots, Driver happily roams wherever stories take her.

“What I’m doing is not romantic. I love what I do but it’s really hard. I don’t own anything – I don’t own a house, I don’t own a car, I have very few material things,” Driver said. She does, however, have exactly what she wants. “I’m doing absolutely what I want to be doing, which is writing stories that I think are important.”