A fun news story came out this month about “The world’s first floating farm making waves in Rotterdam.” The goal of this offshore dairy is to provide a local, sustainable source of milk and dairy foods. 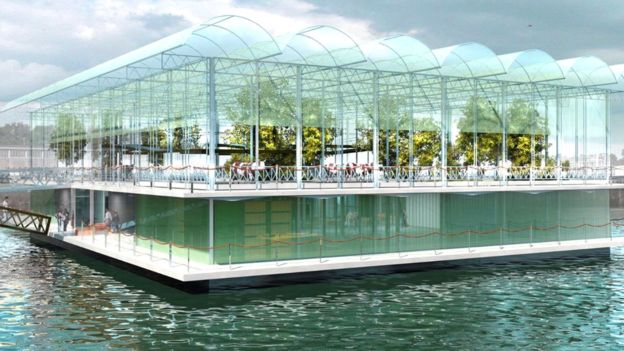 An artist's rendering of the floating dairy, BBC

It’s a clever solution to a real challenge. The only trouble is, the BBC was wrong about this being the *first* floating dairy farm. Heifer International, then known as the Heifers for Relief, launched the first floating dairy in 1944 when it sent 17 heifers on the slow boat to Puerto Rico, along with a team of “seagoing cowboys” to tend them. Granted, it was only a temporary floating dairy, but Heifer followed it up with hundreds more shipments that carried animals all across the globe.

Decades before the Dutch company Beladon thought to float 40 cows and a bunch of milking robots out into the city port, Claire Stine, a farm boy in Millersburg, Indiana, raised up the first trio of Heifer calves. Stine was finishing up high school when that first shipment of 17 heifers set off bound for poverty-stricken families in Puerto Rico. But once he graduated, Stine, his friends and 800 farm animals boarded the Liberty Ship S.S. Yugoslavia Victory to Germanyon a three-week voyage. Stine was one of 7,000 young men and women who would set off on these floating barnyard adventures organized by Heifers for Relief.

A crew of seagoing cowboys head back home after delivering a shipment of livestock.

Stine died in 2013, but his colorful description of that roiling trek lives on. His crossing to Germany was his first time out in the open seas. The life didn’t suit him. "My recollection of the boat is very limited, as too often I was either in my sack or leaning over the side feeding the fish," he said. Perhaps Stine would have been in favor of sending those Dutch milking robots instead? But his time in Germany made up for the rough crossing, and he formed friendships with fellow cowboys and German families. Stine supported Heifer for the rest of his life, and a building at the Heifer Ranch in Perryville, Arkansas, is named after him. 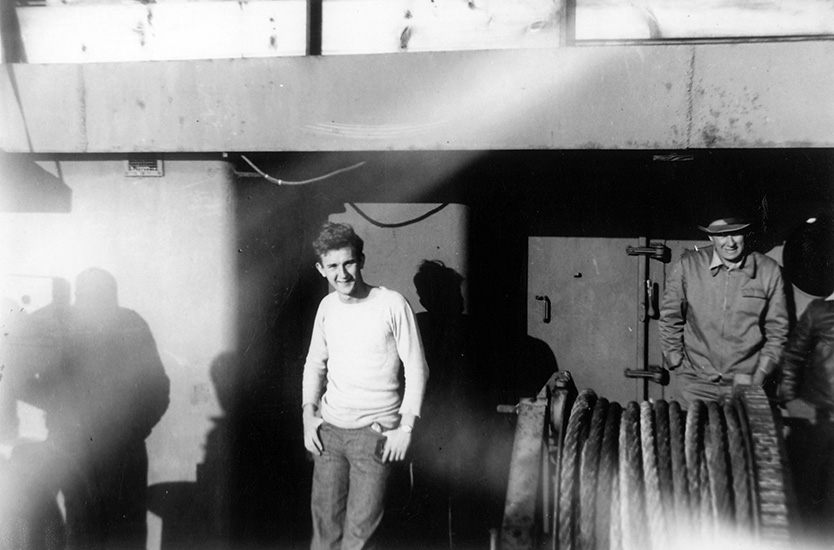 18-year-old Claire Stine aboard the ship

The Dutch floating dairy has robots instead of cowboys to handle the chores of milking and mucking stalls, and it will remain stationary in the port rather than cross any oceans. Still, the Rotterdam floating dairy shares a mission with those first floating farms that set sail after World War II, providing high quality and much-needed nutrition in an innovative and unexpected way.