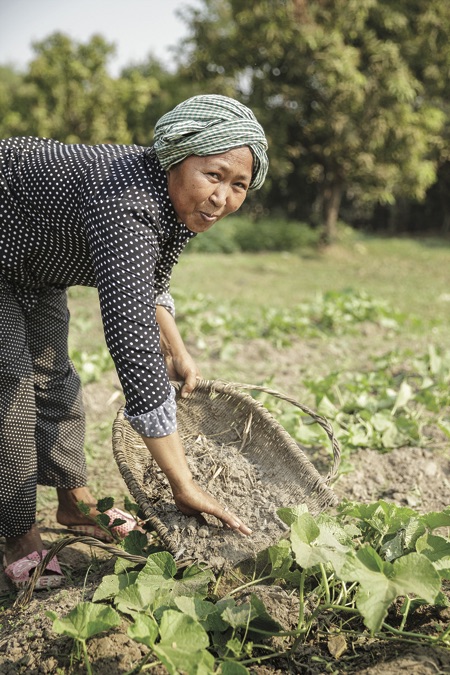 Mao Pheap applies compost to her plot of squash plants in Cambodia.

It seems your grandparents were right. Today’s produce just isn’t what it used to be.

Scientific studies conducted over the last decade tell us that fruits and vegetables now contain significantly fewer vitamins and minerals than they once did.

Researcher Donald Davis and his colleagues reported in the Journal of the American College of Nutrition that between 1950 and 1999, 43 varieties of produce in the United States reliably declined in a long list of vitamins and nutrients. Researchers in another study found that modern consumers need to eat eight oranges to equal the same amount of vitamin A of one orange grown in the 1950s.

Many researchers put the blame on destructively intensive farming practices. As cultivated fruits and vegetables have been rapidly bred to become higher yielding, bigger and more resistant to pests, nutritional value has been sacrificed.

Intensive farming’s focus on maximizing yields also sometimes leans toward the heavy application of chemicals, an overreliance on monocropping and failure to rotate crops and sometimes leave fields fallow. All of these practices can deplete soil quality, resulting in nutritionally deficient produce. Over-grazing livestock, failing to plant cover crops and ploughing sloped land are also contributing to soil erosion, sending rich topsoil into creeks and rivers.

Soil degradation is a global phenomenon. According to a study supported by the United Nations, one third of the world’s arable land is degraded and 24 billion tons of fertile soil are lost annually. Another report from the UN’s Food and Agriculture Organization found that a majority of the Earth’s soil resources are in “fair, poor or very poor” condition, and things are getting worse more often than they’re improving. In addition to irresponsible farming practices, the report cites climate change, population growth and urbanization as contributing to loss of soil health. 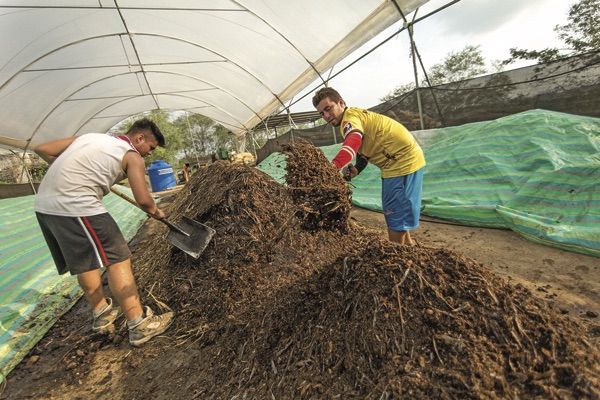 Cacao pods and manure are turned into compost near Caleta, Ecuador.

But not everything is doom and gloom.

The UN reports say that these trends are reversible, as long as countries support sustainable management practices and appropriate technologies. Although the U.S. is not one of them, 112 countries have joined the global campaign to achieve the Sustainable Development Goal target of reaching land degradation neutrality by 2030.

At a much more local level, consumers can effect change by buying produce from organic farmers, and voters can support policy changes that favor sustainable agriculture.

And one more thing—the loss of nutrients in produce over time is not an excuse to forego your daily intake of leafy greens. Fruits and vegetables still represent the best source for vitamins and phytochemicals.

If you grow your own fruits and vegetables at home, here are some of the easiest and most important things to do to make sure your soil is healthy and yields the best produce possible.