Rashmi Nandan Kisku caused a stir in the remote village of Sauntha, India when she started pedaling around town on a bicycle. She was the first girl in town to ride a bike. Many in Sauntha disapproved and approached her mother, Lakshmi Kisku, to tell her it wasn’t appropriate. But Lakshmi Kisku was Rashmi's inspiration to grab life by the handle bars, and she remained resolute in her decision to give her daughter a bike. “I want her to ride a bicycle,” she said. “I think they should also think like that. Why should we be behind anyone?”

I want her to ride a bicycle. I think they should also think like that. Why should we be behind anyone? Lakshmi Kisku, Rashmi's mother 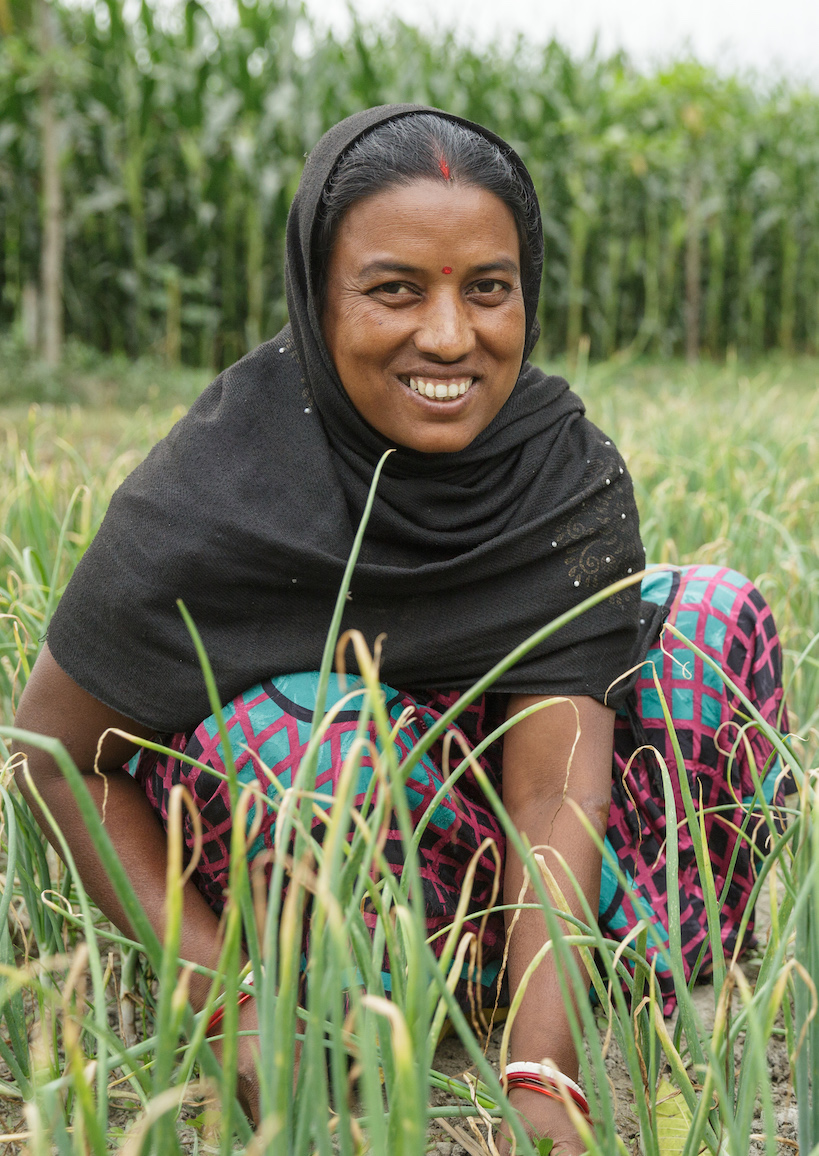 I saw people free. The sense of freedom even for girls. Girls on bikes! Lakshmi Kisku, on her first trip to Delhi

Lakshmi Kisku is a 30-year-old mother of three girls and founding director of an agricultural producer company. The company is a coalition of small-scale women farmers who formed the for-profit company. Lakshmi Kisku is a forward-thinker and go-getter in Sauntha. She was inspired to get Rashmi a bicycle when her work took her to Delhi. The trip to the progressive capitol opened her eyes to the possibilities for women and girls. “More than the houses and the roads,” she said, “I saw people free. The sense of freedom even for girls. Girls on bikes!”

Lakshmi Kisku came back from Delhi with a new vision for women in her community. “I want to bring change out here,” she said. “Even if it is a little harder to achieve here, I want to see the change.”

Lakshmi Kisku has come a long way since 2010, when she was 22 and a member of a newly-formed co-op. She joined hoping to save money through a savings group with other women. At the time she and her husband didn’t have any savings, or even a bank account. Like most people in the region of Bihar, she and her husband were day laborers in other farmers’ fields, and they didn’t have enough food or medicine. Lakshmi Kisku and her husband had to choose between food and medicine, and the whole family stayed sick most of the time. Rashmi was malnourished, and even today she is small for her age. 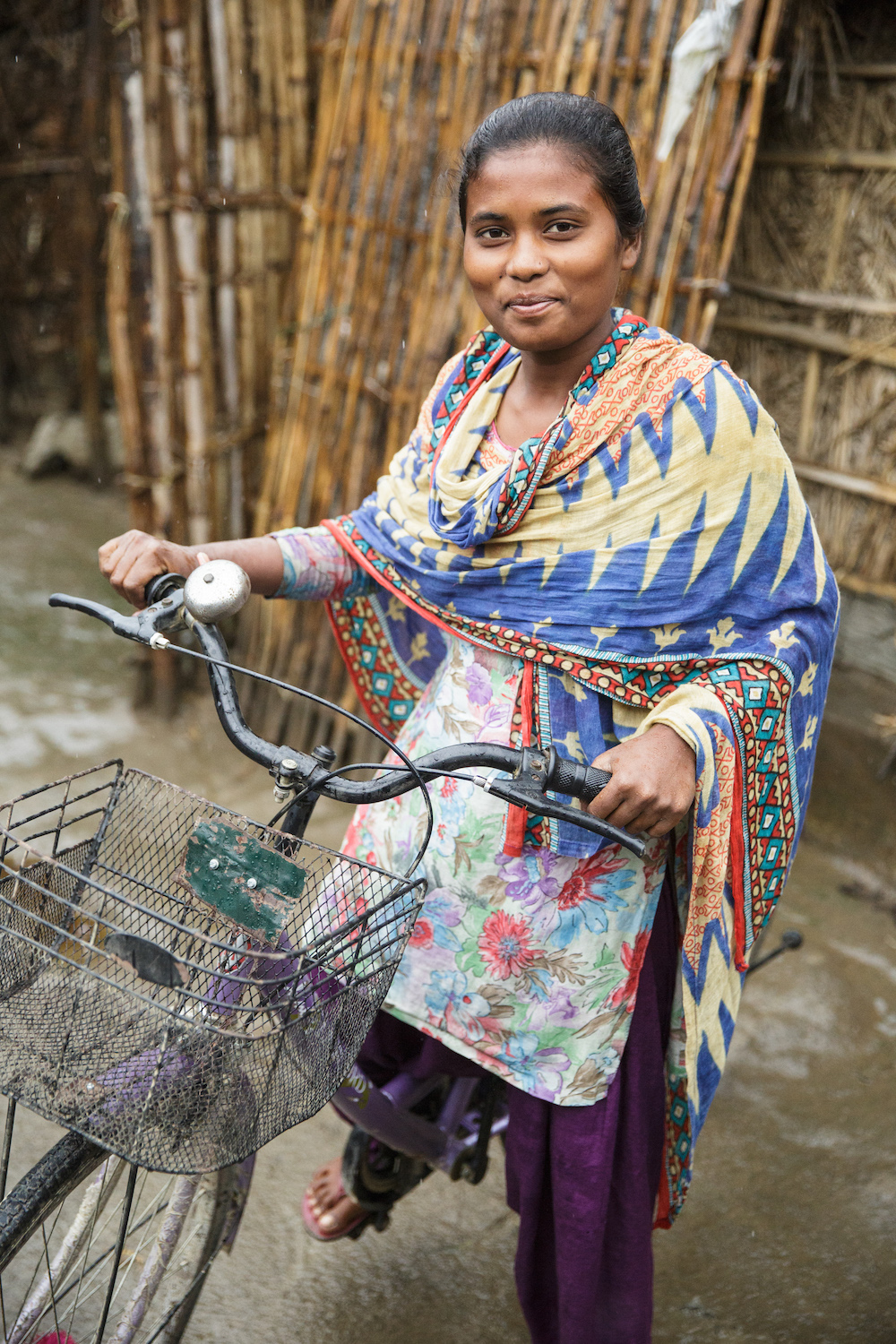 Rashmi Nandan Kisku, 18, was the first girl to ever ride a bicycle in her village.

“I was always troubled,” Lakshmi Kisku said, remembering that time.

Getting two goats and some business training turned it all around. She realized that owning goats provides a sense of security as well as a form of income—goats are so easy to sell in her rural setting; they work like an ATM for her. Today she has 17 goats. Lakshmi and her fellow project members’ success led them to form their company. So far, the company has sold rice, maize and goats.

Lakshmi Kiksu is most proud of the impression she has made on her daughters. Rashmi told her one day, “You are not a simple person. You have been to the place where the prime minister goes and speaks. You went and spoke there. You are not ordinary. You are a special person.”

Read more about the Kisku family and other trailblazing women in India in our full story, The Curse of the Kosi.