It’s not easy to build a world from scratch.  Sure, you can throw together a dragon, a wizard and a warrior, a castle and a quest, and call it a day, but the best fantasy worlds feel truly lived in.  What sort of labor force built that castle?  Does the dragon raid local livestock?  What’s the impact on the food supply?  Are there scholarships available for wizarding school?  How about warrior training academies?  Will there be a vote on a millage tax to finance this quest?  Do the denizens of this realm even have voting rights? 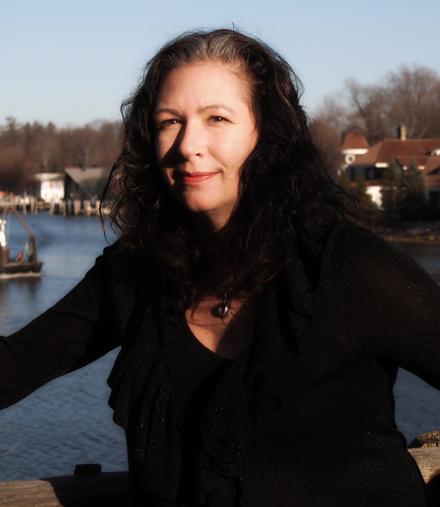 New York Times bestseller Jacqueline Carey is the author of the critically acclaimed and award-winning Kushiel’s Legacy series of historical fantasy novels, The Sundering epic fantasy duology, postmodern fables Santa Olivia and Saints Astray, and the Agent of Hel contemporary fantasy series. Jacqueline enjoys doing research on a wide variety of arcane topics, and an affinity for travel has taken her from Finland to China to date. She currently lives in west Michigan. Further information is available at www.jacquelinecarey.com. Join her on Facebook at www.facebook.com/jacquelinecarey.author or follow her on Twitter at @JCareyAuthor.

Silly examples, but those are the sorts of questions I ask myself in the process of creating a world.  A three-dimensional setting has to have more than just some cool trappings; it needs elements that ground it in reality.  A system of governance, a functioning economy, religious institutions, a judiciary… the elements may vary depending on the demands of any given story, but their presence—or absence—needs to be considered.

This is one of the reasons that the approach that Heifer International takes to tackling the problems of world hunger and poverty resonates for me.  It’s a holistic approach that’s grounded in reality, one that examines specific situations and tailors solutions designed for the actual citizens of the world in which we live.  It’s an approach that involves forging connections and building community, something else that resonates with any storyteller’s soul.  Telling and sharing stories is essential to our common humanity.

By the same token, my fellow fantasy author Pat Rothfuss’s Worldbuilders charity has taken a wonderfully creative approach to assess their resources and build a community of storytellers and book lovers engaged in an ongoing collaborative effort to support Heifer International.  Selling books to raise funds is an obvious choice, and one to which all of us are happy to contribute, but that’s only a portion of what Worldbuilders does to promote their endeavors.

To date, I’ve loaned one of my characters to be featured in the 2013 Literary Pin-up Calendar fundraiser; I’ve been recorded doing dramatic readings of the worst one-star reviews of my books, as well as a vain effort to soldier through Dr. Seuss’s Fox in Sox; and I’ve contributed to Cards Against Humanity’s Fantasy Pack, which as of this writing has raised over $215,000.  I’ve used social media as a platform to engage my own fans in all these efforts, attempting to foster and broaden a sense of community.

It’s been fun.  And it feels very much like being engaged in the process of world-building; not a fantasy world, but our world, asking questions, examining our resources and the systems within which we function, finding new ways to utilize them and forge deeper connections.

Writing fantasy, we create worlds in which the actions of a single individual—a hobbit, a farm-boy, a huntress, a courtesan—and a rag-tag band of valiant companions have an outsized impact on the fate of the world.  I’ve given and received many Heifer International gifts throughout the years, but in assisting the Worldbuilders team, I feel like I’m playing a small role in a very heroic effort.

Today's post was written by best-selling author Jacqueline Carey. Carey is a supporter of Worldbuilders. Check out their work before the fundraiser ends on December 14.