As we approach June and the celebration of International Children's Day in many countries around the world, I started to think of my own family. Tonight I will celebrate my stepdaughter's graduation from middle school. She's done so well, and we are so proud. I also thought even farther back about when my children were born and how when I held them in my arms for the first time, a million thoughts raced through my mind. I was fortunate to not ever worry about how I would feed them or where we would live or how I would support them. Unfortunately this is not the case for many families around the world. That is the sad truth.

Children are the most vulnerable among us, this is true from the newborn to the adolescent. Children depend on others to provide for their needs. But in so many of the countries where we work, they are vulnerable to malnutrition, which in turn,  lowers their ability to fight diseases such as malaria and gastrointestinal infections and eventually can cause death to their poor, weary bodies. But malnutrition for these children starts even earlier than we imagine. Children who are not well nourished in the first 1,000 days of their existence, including the time in their mother's womb, are susceptible to cognitive impairment. But how is a mother supposed to care for her unborn child if she herself does not have access to healthy and nutritional food, doctors, or even clean water? According to the World Health Organization, 25,000 children (under the age of 5) die EVERY DAY, one third of those deaths resulting from malnutrition and 70 percent due to preventable or treatable conditions, given access to simple, affordable interventions. That is such a gruesome reality. Picture a stadium for your favorite sports team and fill the seats with children. All those beautiful faces lost. This is NOT OKAY.

And the children that do survive, they have another battle to fight.  I again think of my stepdaughter. It is normal - expected - that she will graduate from middle school, high school and college. In other parts of the world, many parents cannot afford to send their children to school; and when they can attend, the education is inconsistent, especially for girls. It's so important for these children to have the opportunity to go to school because without education, these children will never overcome the cycle of poverty. 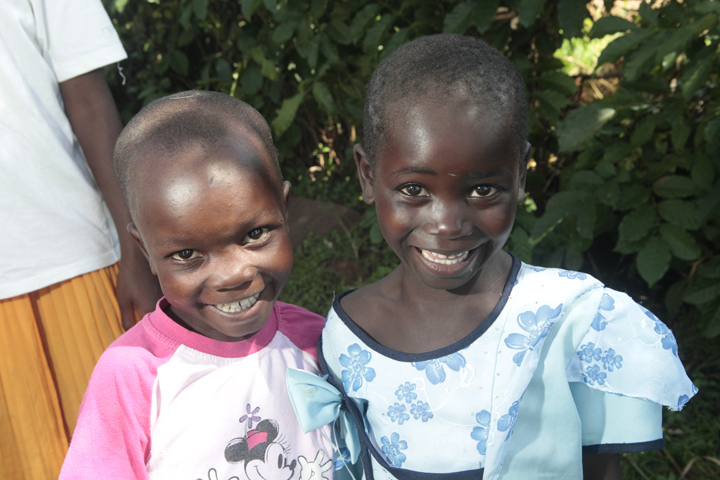 This DOES NOT have to be the reality. All of Heifer's work centers on families and communities so that resources, food, cash, assets training are available to end this tragedy as rapidly as possible. When I was last in Kenya, I met an incredible man named Laban. Laban was working with Heifer. Laban was determined to create a new life for the orphans suffering from AIDS in his community. With his hard work, and the support of the community, 32 children were given the opportunity to go to school. 32! There is the proof that it does take a village to raise children. And if he can help in his own community, certainly we can help too.

So as we honor Children's Day this year, let's remember the children all over the world, because they are our responsibility too.