During the month of October, we will be highlighting Heifer's work to empower women in a series we're calling the Power of WE. The series began October 4, and many of our posts will focus on women who are becoming entrepreneurs in their own right. Today we continue the series by featuring Farkas Sarolta of Romania. 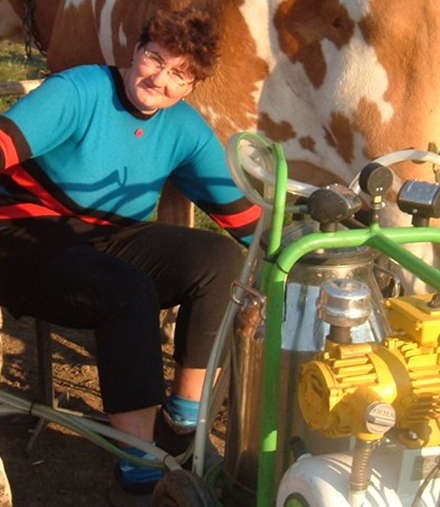 The success of our projects strongly relies on role models and initiators of change. It is essential to identify key opinion leaders in each community to get things going. When Heifer Romania first visited the members of the Chance for All project in the Hungarian community of Belin, Sarolta Farkas’ home was one of the first households we assessed. The head of her family, Sarolta proudly displayed her well-kept animals and traditional barn. She was eager to tell us about her family, whose life revolves around their cows.

Sarolta is the secretary and accountant for the local association’s milk collection center. When necessary, she also fills in for the milk delivery person and conducts laboratory analyses of the milk. Furthermore, she is a dedicated farmer and an excellent cook. Everyone in the village comes to her when they need documents for subsidies, information about milk quality, or answers to questions regarding the association’s activities.

Together with the mayor and the association’s president, Sarolta wrote a grant for European Union (EU) funding in order to build the milk collection center. Now, when her fellow villagers apply for EU funding, she uses her experience to advise and guide them through the rigorous process. 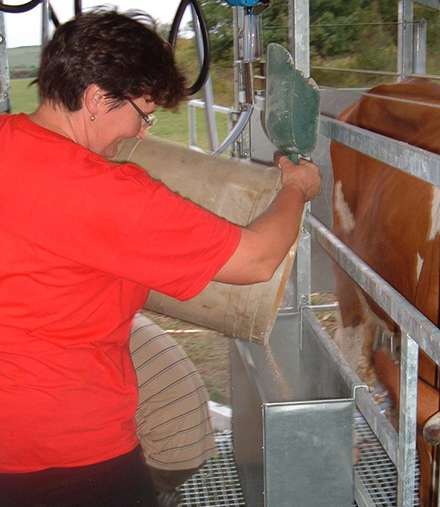 A true inspiration, Sarolta volunteered to be the first to install and use the new milk equipment when it arrived. At meetings, the men used to say, “After we see the installation working at Sari’s, we will sign up for one.” And that is exactly the way it happened. The first milking parlor was installed at Sarolta’s residence. As her family’s cows passed through the installation, other families looked on with admiration and commended Sarolta for trying the equipment out first.

When asked about the importance of the Chance for All project, Sarolta said: “For me, this project was a revelation. Nobody has ever done anything for our village, and these people came and brought cows, artificial insemination doses, hygiene kits, cans and milking parlors. Since the beginning, I was happy to be part of this project and I have promoted it as much as possible. Our community is very lucky to benefit from such aid, considering the changes in milk quality standards imposed by the EU starting in January 2014.  I would say we caught the last chance to become truly farmers.”