You know it, you love it (and if it's less than 40 degrees Fahrenheit) you're probably wearing it. That's right, we're talking about wool. But not all wool is made equal! Learn about the different types of animals that have provided fibers for people around the world and throughout history. 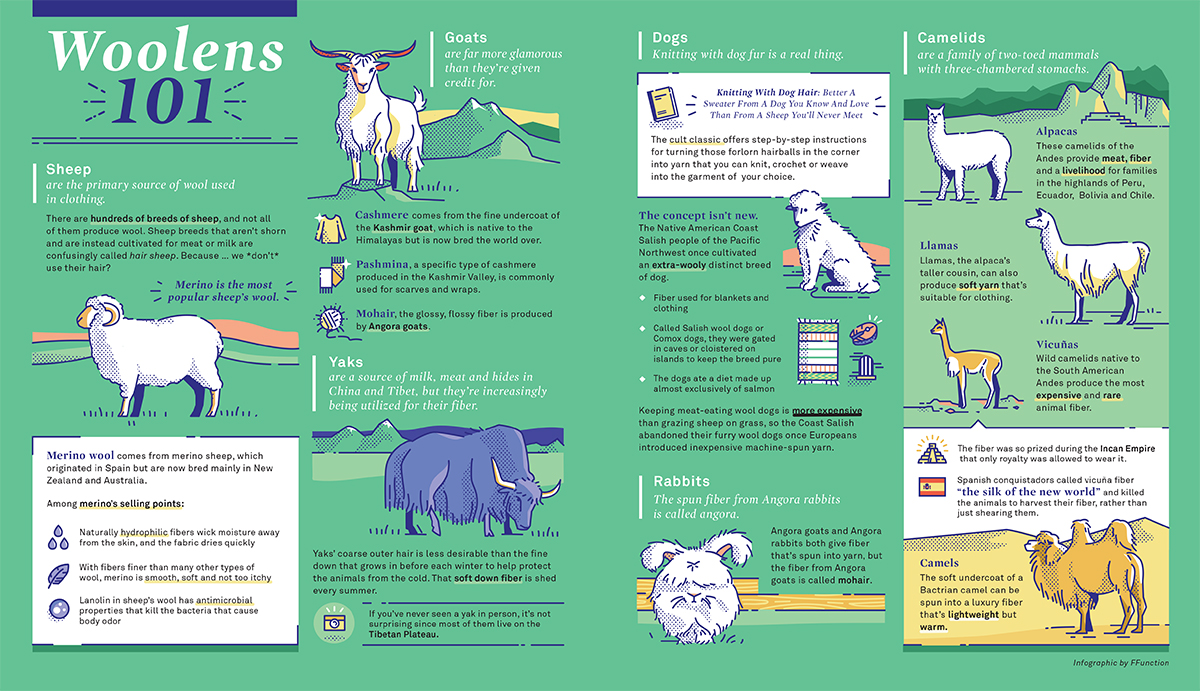 There are hundreds of breeds of sheep, and not all of them produce wool. Sheep breeds that aren't shorn and are instead cultivated for meat and milk are confusingly called hair  sheep. Because....we *don't* use their hair?

Goats are far more glamorous than they're given credit for. Have you heard of cashmere? It's made from the silky fine undercoat of the Kashmir goat, which is native to the Himalayas but is now bred the world over. Goats are also responsible for:

Yaks are a source of milk, meat, and hides in China and Tibet, but they're increasingly being utilized for their fibers.  Yaks' course outer hair is less desirable than the fine down that grows in before each winter to help protect the animals from the cold.  That soft down fiber is shed every summer, collected and used.

The Native American Coast Salish people of the Pacific Northwest once cultivated an extra-wooly distinct breed of dog called Salish wool dogs or Comox dogs. These special pups were kept gated in caves or cloistered on islands to keep the breed pure and were fed a special diet made up almost exclusively of salmon. Their fiber was sheared and used for blankets and clothing.

Camelids are a family of two-toed mammals with three-chambered stomachs (and an abundance of wooly fur).