Editor’s note: Guest blogger Myke Cole is an author and Worldbuilders supporter who agreed to write a post for us during their annual fundraiser. Cole is a secu­rity con­tractor, gov­ern­ment civilian and mil­i­tary officer, whose career has run the gamut from coun­tert­er­rorism to cyber war­fare to fed­eral law enforce­ment. He served three tours in Iraq and was recalled to the Deepwater Horizon. While his experience with aid work as a soldier differs greatly from our conscientious objector-founders’ experiences, he has a unique view of what sustainable development could mean for the underserved. Ending hunger and poverty is a cause we can all lend our voices to, and no matter what language we may use, it is an issue we can solve by working together.

Let’s talk about a tough subject. Not all aid makes it where it’s supposed to. Sometimes, it does.

There’s a famous scene in Ridley Scott’s Blackhawk Down that shows militia for the despot Mohammed Farah Aidid, claiming food-aid meant for starving Somalis. When the Somalis don’t back off, they start shooting. 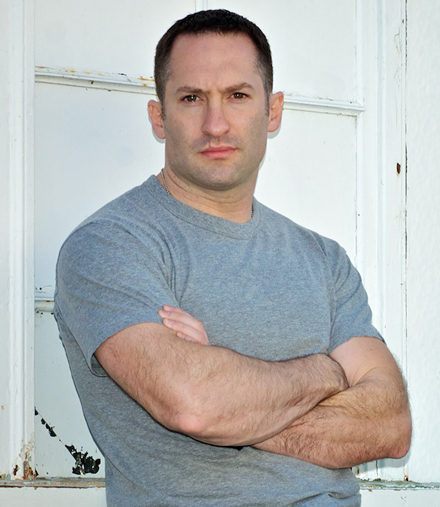 Blackhawk Down is a seminal influence on my SHADOW OPS series of military fantasy novels. Bowden’s book and Scott’s film show the op with such intense intimacy that it galvanized my creative process. The film shows the intricate and interlocking mechanisms of a Ranger cordon, a direct action element, close-air support.

These elements, like the theft of the food-aid, were familiar to me. I worked counterinsurgency ops from just after 9/11 to just a couple of years ago. We understood pretty quickly that we weren’t going to be able to beat the bad guys in a stand up fight. In the summer of ’06, I took three indirect rounds a day from Jaysh al-Mahdi. Most were fired from the midst of dense civilian populations in Sadr City. The choice of location was deliberate. They knew we wouldn’t be shooting back.

Those of us who have been in the fight the longest understand that insurgency is just crime on steroids. You combat it the same way you do gang-violence or drug dealing: development. You give people jobs and money. You give them a real alternative to picking up weapons.

Aid is a big part of that. People respond to those who feed them, care for them when they’re sick, protect their homes. Those of us in the military, intelligence and law enforcement understand that. It’s a constant problem in “Human Terrain” analysis cells and intelligence detachments in every theater of war in the world.

Here’s the problem: The bad guys understand that too.

Oppressors know full well the power that aid has over the hearts and minds of the populations they seek to control. They leverage tribal kinships or bribery. They use guns when they have to. They do whatever they have to do. Far too often, this means taking the aid intended for those suffering.

This isn’t a new problem. We’ve been trying to solve it for years with little success.

And here’s where Heifer International comes in.

Heifer International cuts through concerns about misappropriation of aid by working at the grassroots level, providing “micro” gifts of individual animals or small groups of livestock directly to those in need. Small teams or individuals provide critical training to make these gifts sustainable, to ensure that those in need of food have a way to produce it on their own. The impacts are direct and immediate. These aren’t gifts with a pricetag. No one is demanding fealty or intelligence. In the end, recipients of Heifer International aid rely only on themselves.

This charity has done what the military and intelligence services has largely failed to do since 9/11: fighting a network with a network, creating a counterinsurgency of goodwill and prosperity at the deckplate level where this stuff has to happen to be successful.

Heifer International is in it for the long haul, engaging in community building long after other organizations have pulled out. They understand that this is a long war for the bad guys. It has to be a long war for the good guys too.

If there’s one thing military service teaches you, it’s respect for what works. “Mission first, people always,” is an aphorism we use a lot. Heifer may not say it, but they are living it, doing more with goats and chickens than we’ve done with a military budget exceeding the next ten nations combined.

Make no mistake, Heifer International is in this fight, the same one I joined when those planes hit those towers. They’re in the fight with every ounce as much commitment as I am.

You still have time to support the Worldbuilders campaign and win fun prizes.