Heifer International’s very first volunteers were the Midwestern farmers who raised animals to donate and the “seagoing cowboys” who delivered those animals from the United States to war-torn and poverty-ridden countries. The seagoing cowboys braved stomach-churning overseas voyages aboard ships packed with men, cows and horses. Historian and author Peggy Reiff Miller has been chronicling the lives and times of these early Heifer heroes since 2002. The following is a post from her blog, The Seagoing Cowboys. 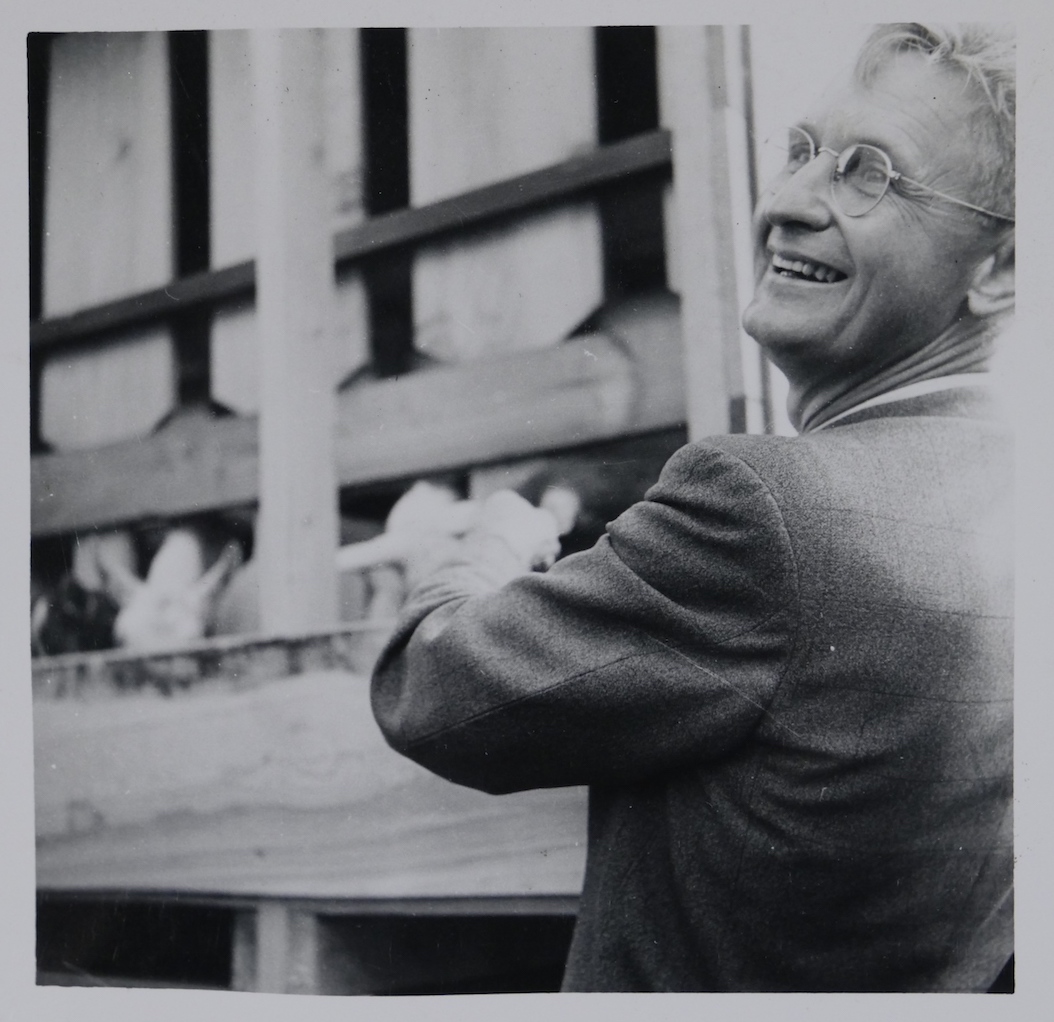 Floyd Schmoe caring for goats aboard the S. S. Contest on his way to Japan in July 1948. Photo courtesy of Judy Rudolph, granddaughter of Floyd Schmoe.

I’m always interested to see what seagoing cowboys went on to do in their lives after their livestock delivery journeys. For many of the younger cowboys the experience was a formative one, especially from 1945 to 1947 when the United Nations Relief and Rehabilitation Administration provided transportation for 360 livestock shipments. After UNRRA disbanded, however, and the Heifer Project (as it was then known) was on its own, the cowboys often used these trips as passage to Europe or elsewhere for further service work of some sort. One such cowboy was 52-year-old Floyd Schmoe.

Raised in a Quaker home on the Kansas prairies, Schmoe became a lifelong peace activist. As a young man, he studied forestry, but his studies were interrupted by World War I during which he built prefab homes for war refugees in France through the American Friends Service Committee (AFSC). After returning home, he married Ruth Pickering and resumed his forestry studies. He spent the next two decades focused on natural history education in Washington State, serving as the first park naturalist for Mount Rainier National Park and then the first director of the Puget Sound Academy of Science.

With the outbreak of World War II, Floyd’s passion for peace and justice led him in new directions. Concerned for the welfare of Japanese Americans who were being forcibly interned, he tirelessly worked on their behalf through the American Friends Service Committee and his own efforts. After the war, appalled by the atomic bombings in Japan, Floyd set out to start building homes in Hiroshima for bomb survivors. In the meantime, the Heifer Project had begun shipments of bulls, and then goats, to Japan. So Floyd took the opportunity to travel to Japan on the S. S. Contest with 227 goats and three other seagoing cowboys in July 1948.

Floyd stayed on in Japan to set up a volunteer home-building camp the next year. Over the next four years, Floyd’s project “Houses for Hiroshima” built dwellings in Hiroshima and Nagasaki that served nearly 100 families.

Floyd Schmoe died in 2001 at the age of 105, leaving a long legacy of service for a just and peaceful world. Japan Public Television’s NHK World recently honored Schmoe with a documentary about his work.