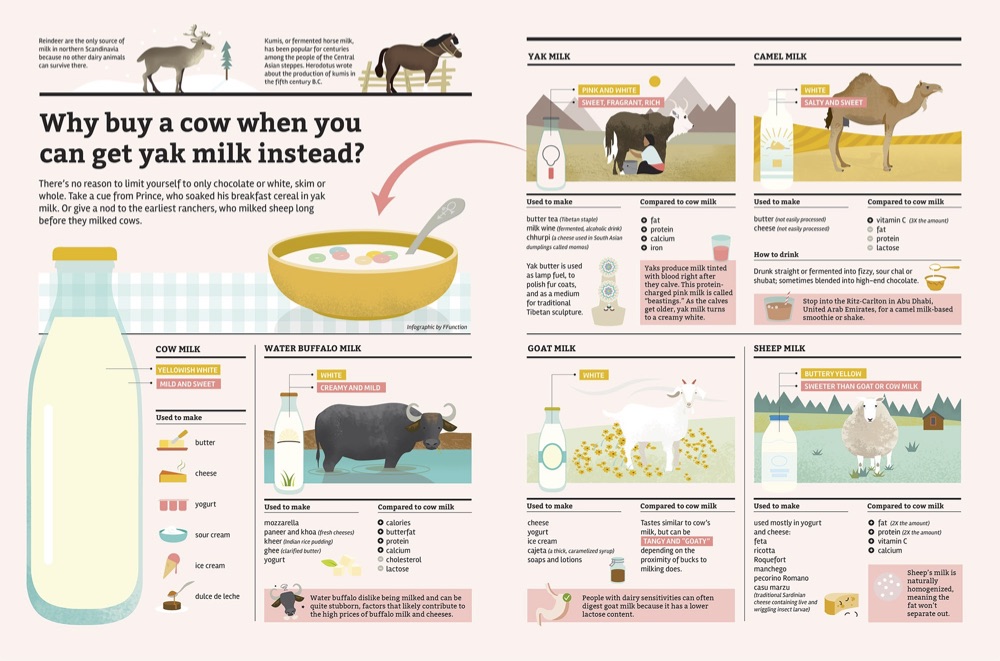 There's no reason to limit yourself to only chocolate or white, skim or whole. Take a cue from Prince, who soaked his breakfast cereal in yak milk. Or give a nod to the earliest ranchers, who milked sheep long before they milked cows.

Yak milk
Yaks produce milk tinted with blood right after they calve. This protein-charged pink milk is called "beastings." As the calves get older, yak milk turns to a creamy white.

Camel milk
Stop into the Ritz-Carlton in Abu Dhabi, United Arab Emirates, for a camel milk-based smoothie or shake.