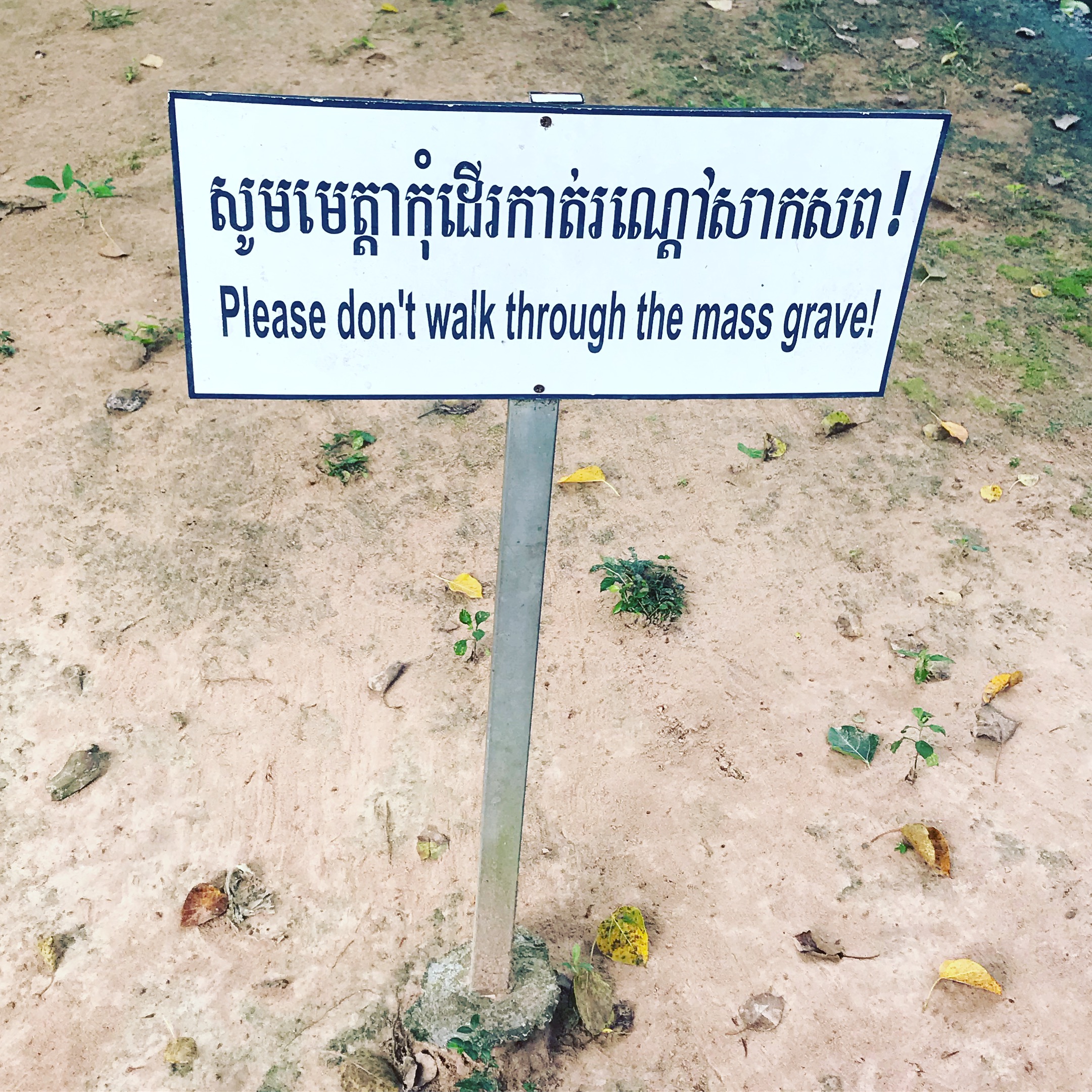 If you’re in Cambodia’s capitol city and find yourself wanting to roam around the Killing Fields or the Tuol Sleng Genocide Museum, is there something wrong with you? Maybe.

Travel is not always synonymous with vacation, and sometimes it’s not fun at all. So is it normal to want to see the cells where Khmer Rouge prisoners were executed as Vietnamese troops marched into the city? Is it acceptable to pass a morning walking among theSkull Pagoda and mass graves at the Killing Fields?

Phnom Penh is modern and bustling today, its noisy streets jammed with young people zipping around on motorbikes and tourists on the hunt for tiny Buddhas and $2 t-shirts. But it was only four decades ago that the Khmer Rouge, newly in power, started assassinating the elite and educated classes in pursuit of a peasant-powered utopia. In April 1975 Pol Pot and his Ankar forced all 3 million inhabitants from their homes in Phnom Penh. 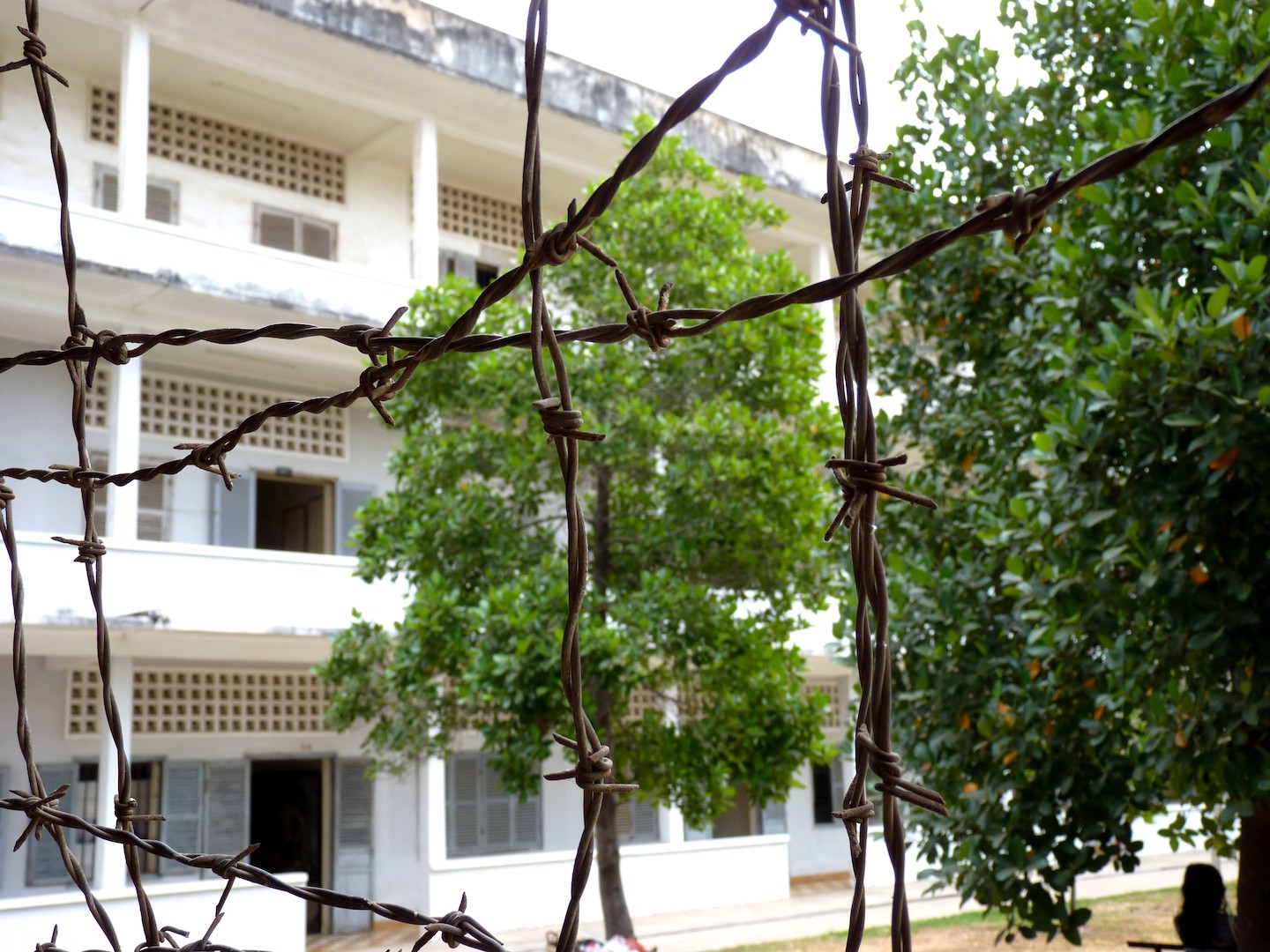 Caravans of uprooted families made their way to the countryside where they were forced to farm, a skill not many of them possessed. Pol Pot outlawed money, schools and modern medicine in the agrarian Shangri-La he envisioned. The Khmer Rouge rebranded their country Democratic Kampuchea, and even rolled back the calendar to “year zero,” a fresh start devoid of any and all modern amenities.

Obviously, the experiment was an abject disaster. Nearly 2 million people – one in four Cambodians(!) – would die between 1975 and 1979 from violence, exhaustion, starvation or diseases like malaria and dysentery. It’s remarkable that it was the neighboring Vietnamese, fresh off their own devastating civil war, who finally marched into Phnom Penh and sent Pol Pot and his bloodthirsty henchmen scampering off to hide in the jungle. 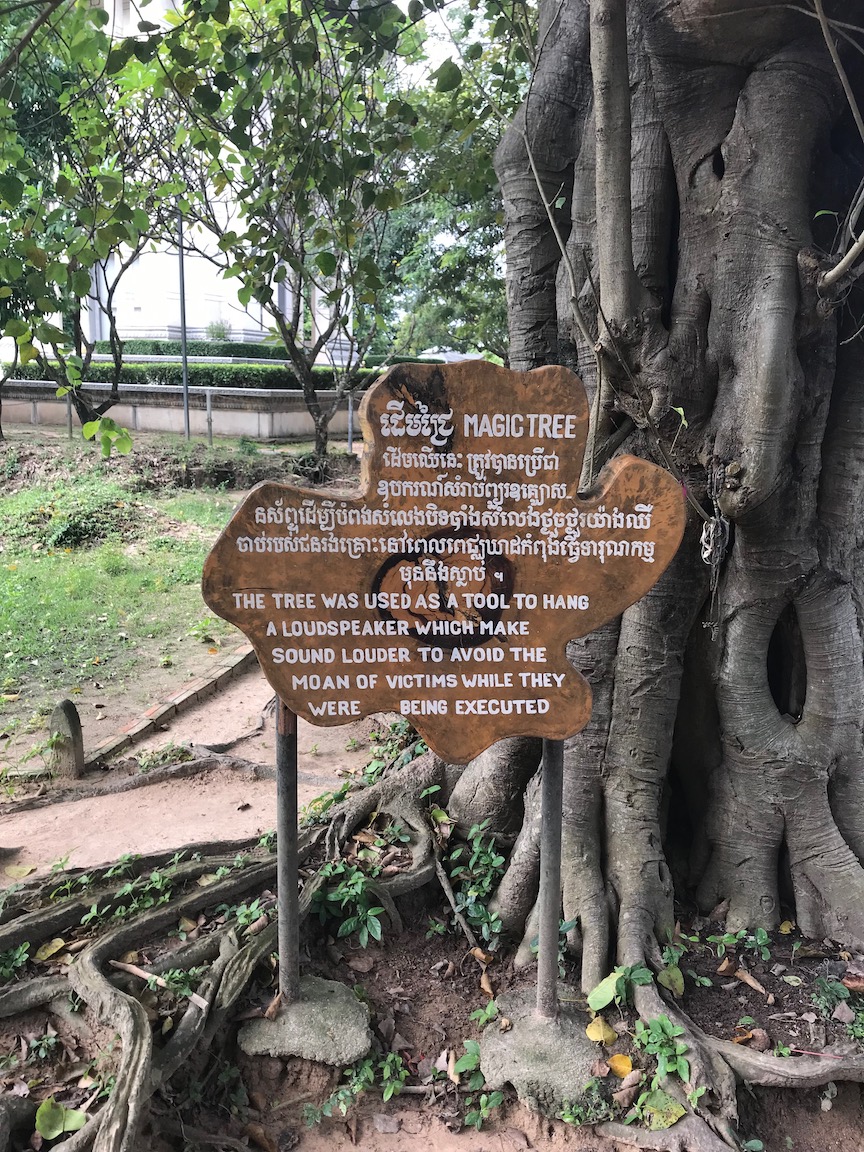 Of course, there’s much more to Cambodia than its tragic foray into savage communism. Visitors swarm to the ancient architectural marvel of Ankor Wat and the white sand beaches on the Gulf of Thailand.

Your visit, with its associated hotel stay, restaurant visits and tuk-tuk rides, is a nice little boost to Cambodia’s growing economy. Tickets to these attractions help pay for historic preservation. And then there’s the educational component. Keep in mind the old adage that those who don’t know history are doomed to repeat it.

But keep in mind the potential negatives, too. Most of us are cursed with at least a hint of rubbernecking mentality, and it’s hard to feel okay about indulging your own morbid curiosity. Check in with yourself frequently to make sure you’re being respectful of the victims and not disregarding their humanity because of what they suffered. Identify with the victims by asking yourself, “What would I have done in this scenario? How would I have tried to survive?”

Finally, make sure you’re prepared to spend a few days processing the horrors you’ve just taken in. Visiting the sites of torture and mass slaughter might affect you more than you expect. These won’t be the most fun parts of your visit to Cambodia, but they’ll likely be the most memorable.