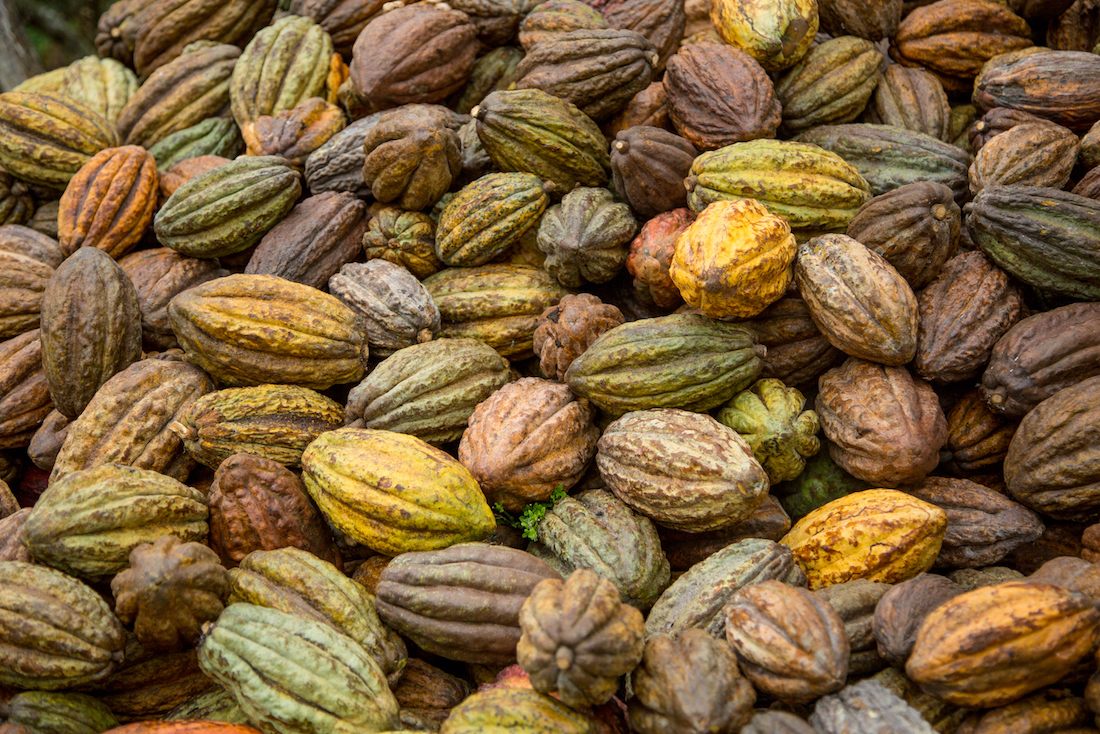 Despite a lifetime of chocolate eating, I couldn’t tell you how it was made, where it came from or really anything about it until a few years ago. Then I visited a chocolate forest in the Bolivian Amazon, where Heifer worked with families managing and harvesting wild cacao.

Tito and Dani Noe, already cacao experts at a young age from watching their parents harvest, walked me through the process of making chocolate. Basically, after harvesting the ripe, yellow pods from the trunks of cacao trees, you extract the seeds, which are covered in a strange, white membrane. The seeds are put into a wooden box to ferment for up to a week, dried for a few days, then ground into a powder. The powder is made into a paste, which is then sold. 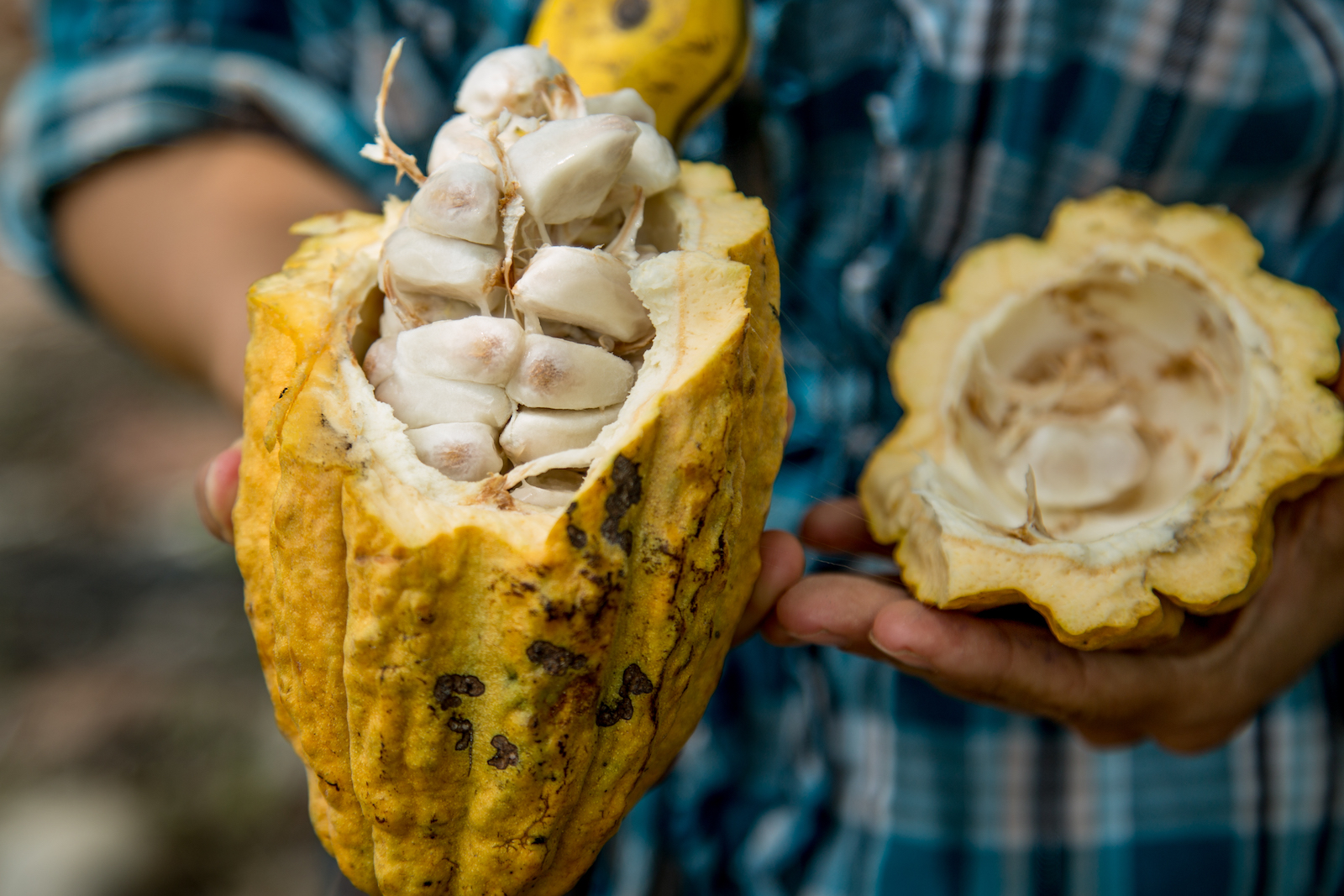 The inside of a cacao pod. Photo by Phil Davis.

Once added to hot water, the paste turns into a hot chocolate drink, which is how most everyone consumes chocolate in this part of Bolivia. The drink is strong and bitter—closer to coffee than the sweets we’re familiar with in the United States.

Chocolate, both the food and the word, originate in Mesoamerica, where it was highly regarded. And when you start reading about the history of chocolate, things get weird pretty quickly. Before Aztec human sacrifices, victims would sometimes be given gourds of chocolate, which contains chemicals that make people feel good, to raise their spirits enough so that they would participate in the ritual dancing before their deaths. Both the Aztecs and Mayans used cacao beans as currency. Aztec emperor Moctezuma is said to have consumed 50 cups of drinking chocolate daily.

If reading about chocolate has left you with a craving for some, we'd suggest buying some from Dylan's Candy Bar. The company is donating $1.00 of every bar to support cacao farmers in Ecuador. You can also donate directly to Heifer International to support the work we're doing with farmers of all kinds, all over the world.

Europeans initially weren’t as enamored with chocolate. When Spanish conquistadors landed in Latin America, they were introduced to chocolate. Hernando Cores wrote it was “a bitter drink for pigs.” But eventually, chocolate was brought back to Europe, where sweeteners like honey and cane sugar became a common ingredient in the drink for the first time.

For more on the origins of chocolate and how it evolved from a bitter drink to a sweet candy, read the wonderful article, “A Brief History of Chocolate” from Smithsonian.