It seems like nearly every culture has its own festival of the dead. In many places around the world, the search for understanding and acceptance of the hereafter led to traditions that honor the deceased or avoid malevolent spirits or death itself. 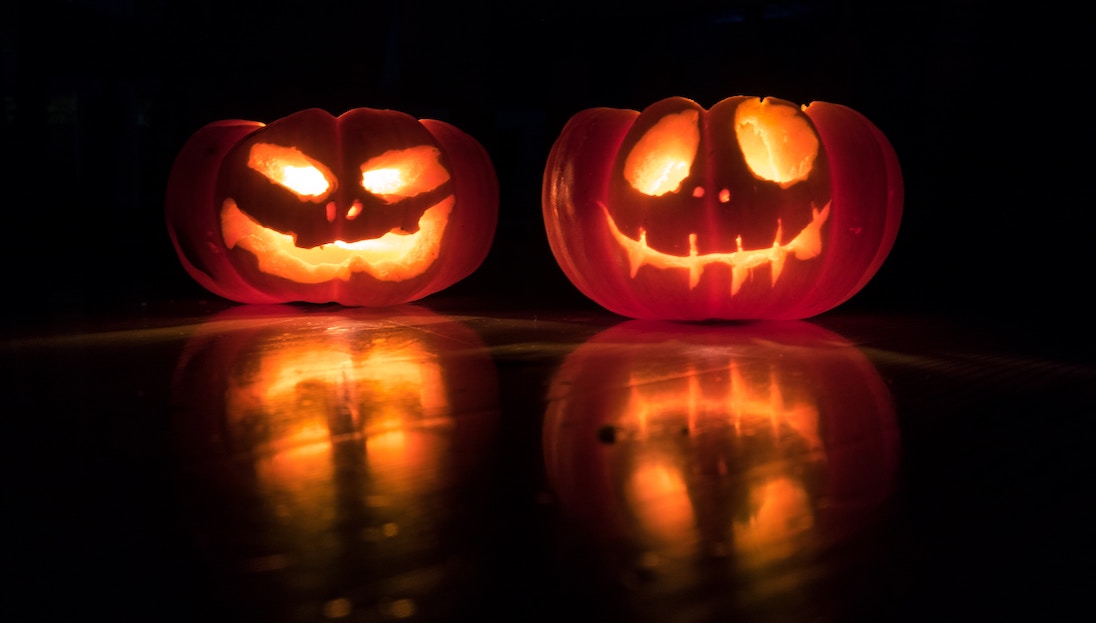 Jack-o'-lanterns and other Halloween traditions evolved from Celtic Samhain in Ireland. Photo by David Manidrey on Unsplash.

In a couple of towns in Guatemala, that looks like giant kites flying around cemeteries. Some people in Germany celebrate with a “quiet day,” in which dancing, shopping and other activities are set aside to focus on lost loved ones. Hundreds of years ago in Ireland, Celtic tradition paved the way for what we now call Halloween. In Nepal, people adorn dogs with flowers, and in Bolivia, human skulls are brought to the cemetery to be honored.

Here’s just a taste of a few more of the many unique traditions that can be found around the world.

Centuries ago in Ireland and Scotland, ancient Celts celebrated Samhain at the end of harvest season. For three days and three nights, everyone in the community would pray, sacrifice cattle and take fire from a communal bonfire back to their homes to light the hearth. Celts also believed that during Samhain, the supernatural world crossed over with this one. In an attempt to elude fairy kidnappers and wandering souls, people would dress as animals or monsters. The belief was that the gods looked unfavorably on those who did not participate in Samhain, and the punishment was illness or death.

In the 9thcentury, in an attempt to convert Samhain into a Christian holiday, the Catholic Church announced that November 1 would be All Saints’ Day and November 2 would be All Souls’ Day. But October 31 became All Hallows Eve, or Halloween, and retained many of Samhain’s traditions.

Later, in Medieval Ireland, groups would don costumes and visit houses while singing songs to the dead, receiving cakes as payment. In the 1800s, people began carving jack-o’-lanterns (albeit out of turnips, not yet pumpkins) to ward away a roaming spirit named Stingy Jack. When European immigrants landed in the United States, they brought their Halloween traditions with them, which adapted to the holiday we know today. In the last several decades, Wiccans and Celtic Reconstructionists have made efforts to revive the older traditions of Samhain.

On November 1 and 2, many Latin Americans celebrate Día de los Muertos, or the Day of the Dead. The tradition originated in Mexico and celebrates the lives of loved ones who have passed away. 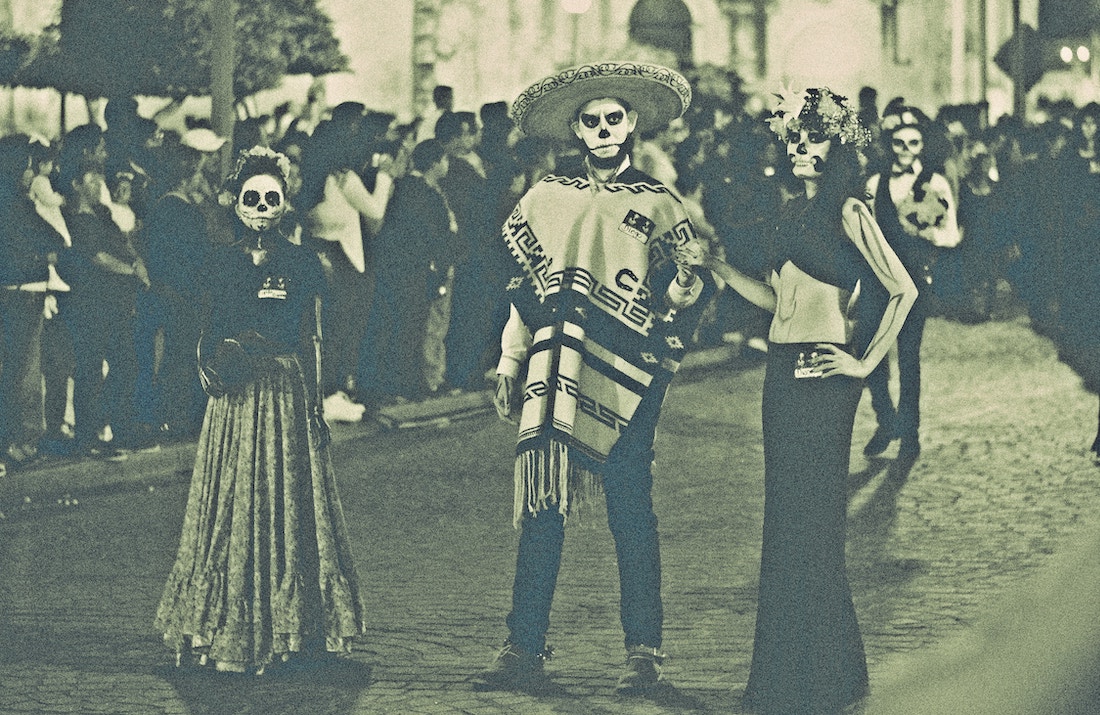 Day of the Dead revelers in Yurira, Mexico. Photo by Cristian Newman on Unsplash.

The holiday springs from both indigenous and Catholic traditions, and it’s characterized by its liveliness. It’s believed that during the Day of the Dead, the souls of the departed return to celebrate, and these spirits would be offended if the time was spent mourning their Earthly lives.

Hence, music, dancing, parades and parties are all a part of the festivities, and fun-loving skeletons and skulls dominate the decorations. At home, people make altars with offerings of their ghostly visitors’ favorite food and drinks. Pan de muerto, or bread of the dead, is a sweet baked into the shape of bones and made specially for the occasion. Families also visit the graves of relatives, cleaning and decorating the site. In some places, people picnic or spend the entire night reveling in the cemetery.

In some areas of East Asia, people believe that the gates of the underworld open and restless spirits roam the world during the seventh month of the Chinese calendar, which coincides with the fall harvest. For the entire month, Buddhists and Taoists appease these spirits and honor their deceased ancestors by burning food and carefully crafted paper money or luxury to feed the ghosts. The month’s festivities culminate in the Hungry Ghost Festival, which begins with a parade and ends with families sending floating lanterns out on bodies of water. The farther the lantern goes before burning up, the better the luck for the upcoming year.

The sixth section of the Hungry Ghosts Scroll, which is located at the Kyoto National Museum. The scroll depicts the world of the hungry ghosts. Photo from Wikimedia Commons.

The Hungry Ghost Festival tradition dates back to a story about a Buddhist monk in the third century. According to Atlas Obscura, the monk’s mother, who had been filled with greed in her lifetime, “came back to haunt him as a thin-throated, huge-stomached, ravenous apparition.” Even today, some people avoid leaving the house at night for fear that uneasy ghosts who have passed through the gates will haunt them.

In Nigeria’s Igbo culture, every two years, people prepare shrines for the visit of the Odo, or spirits of the dead. The spirits arrive between September and November, and they stay around six months.

Spirits take the form of men wearing plant-fiber costumes, and just before they head back to the land of the dead, the community puts on a performance complete with musicians playing percussion instruments like xylophones and drums. The dead are sent off with prayers for a plentiful harvest season and for families to have successful childbirths. 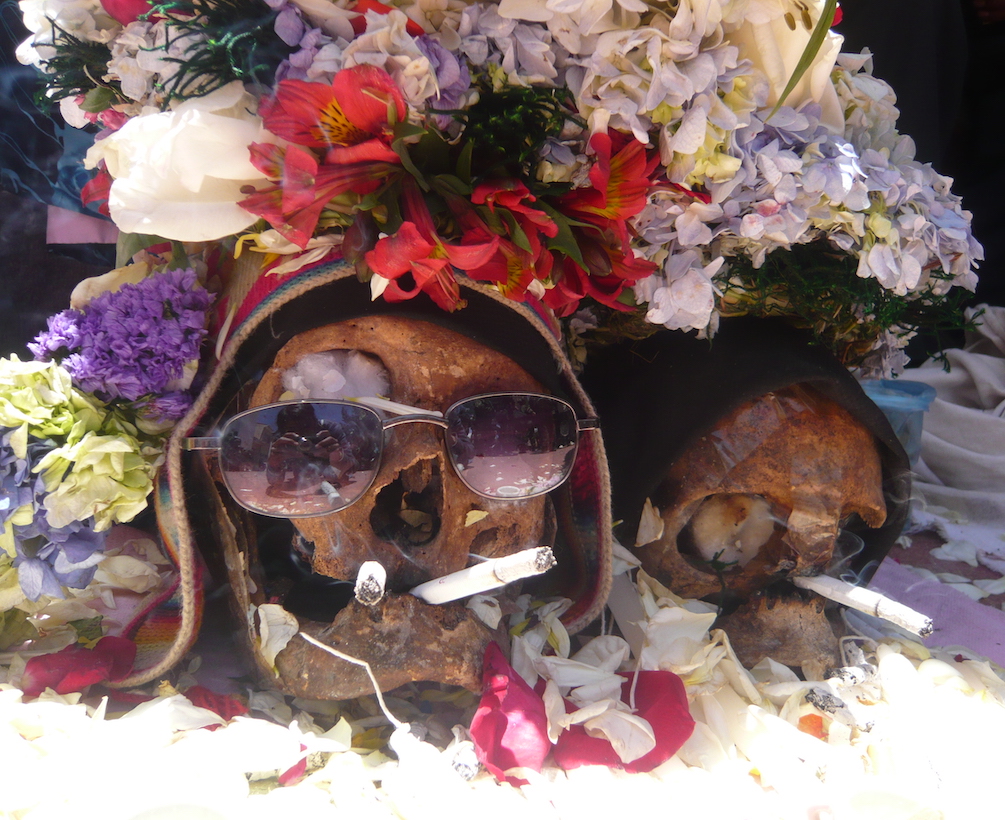 Smoking, while harmful to living humans, is not dangerous to ñatitas. According to Aymara tradition in Bolivia, ñatitas bestow benefits on those who have a good relationship with them. Photo by Carla Salazar on Wikimedia Commons.

Bolivia’s Fiesta de las Ñatitas shares the Day of the Dead’s affinity for skulls but takes it up a notch. In this Aymara tradition, on November 8, participants bring ñatitas, or real human skulls, to the cemetery and make offerings of flower petals, coca leaves and other items. The skulls are kept in shrines through most of the year, and if a person has a good relationship with the ñatita, it is thought they will have good luck, protection or other benefits. Sometimes they might even help solve crimes.

The skulls can be relatives, but often people don’t know who the skull came from. Sometimes the skull has been passed down from generations, other times it comes from a medical school. And though all ñatitas are skulls, the reverse isn’t necessarily true — ñatitas are only the skulls which have a bond with the person who possesses it.

A pair of holidays in Nepal address death and the departed. Held in August or September, the Festival of Cows, Gai Jatra, is one of the most important holidays in the largely Hindu country. During Gai Jatra, families who lost a relative in the last year lead a cow, one of the most sacred animals in Hinduism, down a processional. If a real cow is unavailable, boys might be dressed as cows instead. The belief is that the cow will lead the loved one safely into the afterlife. 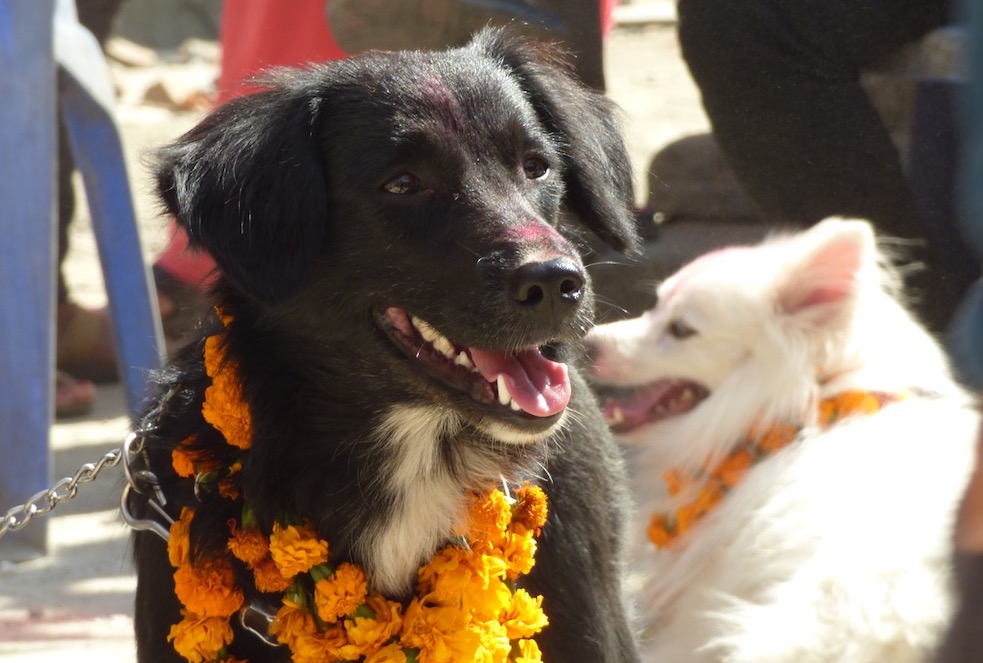 Dogs in Nepal are honored during the festival of Tihar. Photo by Wolf Gordon Clifton on Flickr.

Other participants in the celebration wear costumes and honor the memory of their deceased loved ones. Gai Jatra is also a time to satirize and bring to light the wrongdoings of public officials.

Tihar, the Festival of Lights, takes place over five days and honors Yama, the Hindu god of death. On the first day, the crow, death’s messenger or informant, is honored, with people feeding the birds where they can be found (and sometimes pigeons where crows can’t be found). On the second day, dogs, which are thought to accompany Yama and guard the entrance to hell, are honored. Sometimes referred to as “Day of the Dogs,” during this day, both stray and pet canines are thanked with garlands, treats and the honor of a tilaka, or red dot, on the forehead.