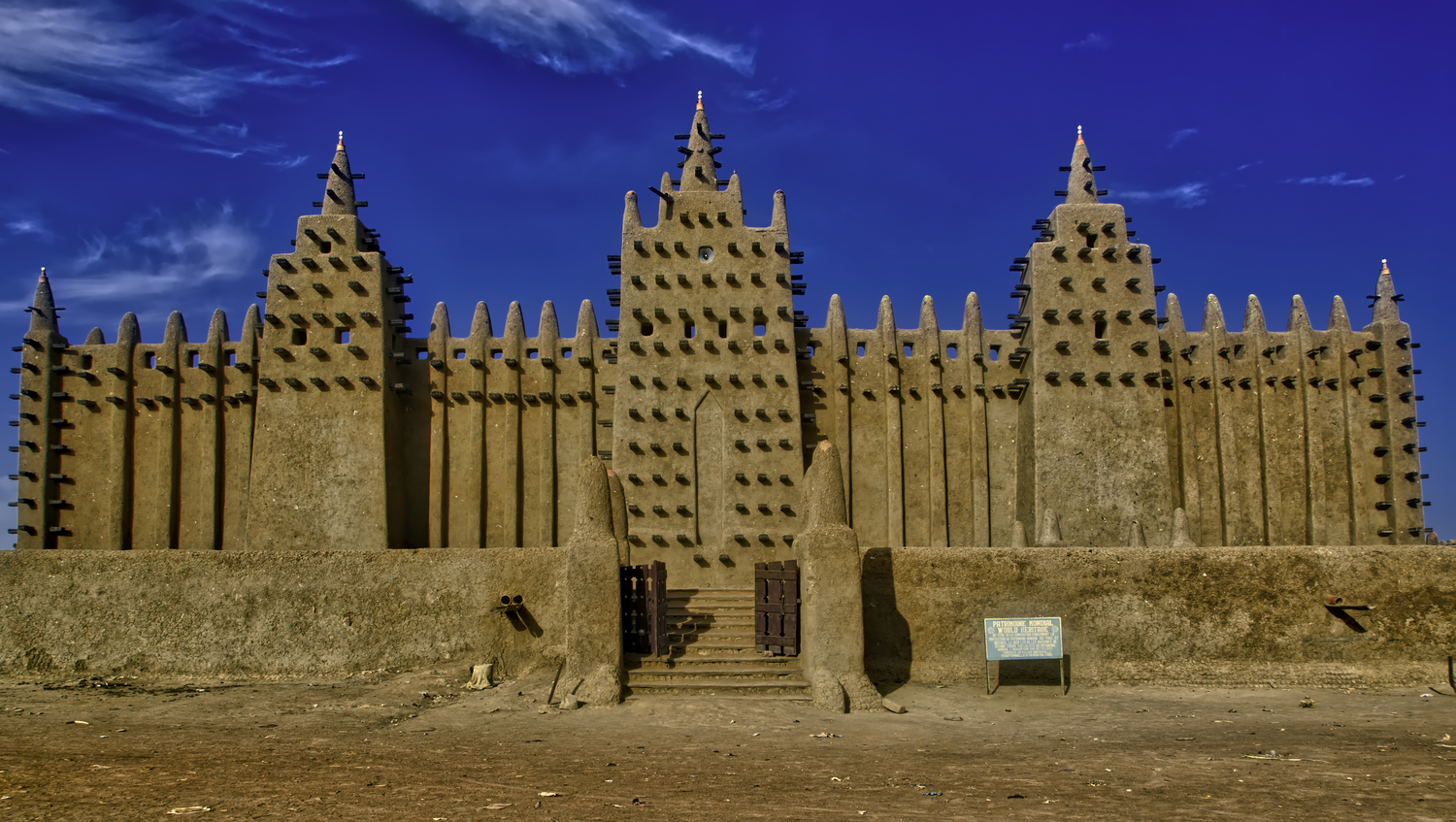 The Mosque of Djenné in Mali is among the largest buildings made entirely of mud. Photo courtesy of Baron Reznik/Aisle Seat Please

Mud is among the most popular building materials in many countries where Heifer works. It makes sense. Mud is plentiful and literally dirt cheap, and so is the sunshine used to dry mud bricks until they’re solid enough for construction. The only costs are in labor and time. It’s a relatively straightforward process that’s been employed with many variations since around 7000 B.C.

But let’s not relegate mud walls to rustic single-room houses with thatched roofs. In fact, mud brick structures range from primitive to Pinterest-worthy. Among the largest buildings made entirely of mud is The Great Mosque of Djenné in central Mali, designated a World Heritage Site by UNESCO. The walls are made of sun-baked earthen bricks cemented together with a mortar of sand and mud, then plastered with more mud.

Hippies and homesteaders are DIY-ing cob dwellings made from a mix of soil, clay and straw that’s kneaded together, often by bare feet, and then clumped and smoothed into walls. Despite the name, no corn cobs are involved in the building process. Also known as cobb or clom, the name comes from an Old English term that refers to the way clumps of mud are layered on top of each other to form the thick walls. Cob buildings have real staying power. Cob homes more than 500 years old are still standing and being lived in in the United Kingdom. And new ones are going up thanks to books, workshops and online how-to courses from experts at This Cob House and the Cob Cottage Company.

If you’re looking for further proof that dirt doesn’t necessarily connote poverty, look to Washington state. Did you know that Bill Gates’s 66,000-square-foot home in Medina is partially earth-sheltered, meaning that many of the living areas are tucked into the ground and wrapped with earthen walls to take advantage of natural temperature regulation? Utility bills tend to be lower in earth-sheltered structures, and the unique construction provides added privacy.

The chicest mud houses can be found in Australia. Proponents say earthen homes are cooler in summer months, and termite-proof. They’re also inexpensive if you make the bricks yourself. The government of Australia is on board and offers lots of how-tos on a website devoted to sustainability.

A modern mud brick home was recently on the market in Eltham, Australia.

Interested in giving it a try? Here’s a recipe for mud bricks. But remember, brick making is more of an art than a science, and you’ll likely take a few tries to perfect your own signature recipe.

Dirt (the sturdiest bricks come from dirt with a clay content of 25 to 50 percent)
Sand
Straw, grass or pine needles
Water
Sunlight
A mold to shape the bricks

Mix soil and water into a thick mud. Add some sand, then mix in the straw, grass or pine needles. Pour the mixture into your molds. Bake bricks in sunshine for five days or so. If cracks appear, cover the bricks so they’re not in direct sunlight. Remove the bricks from the molds and let them dry a few more days.

Are your bricks strong enough? Test them by dropping one from about hip-high. If it breaks, it probably has too much sand in it. Cracks that formed after drying could mean the dirt you used has too much clay.

Heifer project participants are tapping efficient cookstoves, biogas and other green technologies to make their homes and farms more sustainable. You can support their efforts to care for the Earth.