Sure, you know about llamas, but are you familiar with their smaller, softer cousins? No? Then it’s time to learn a little bit more about the world’s cutest camelid: the alpaca. 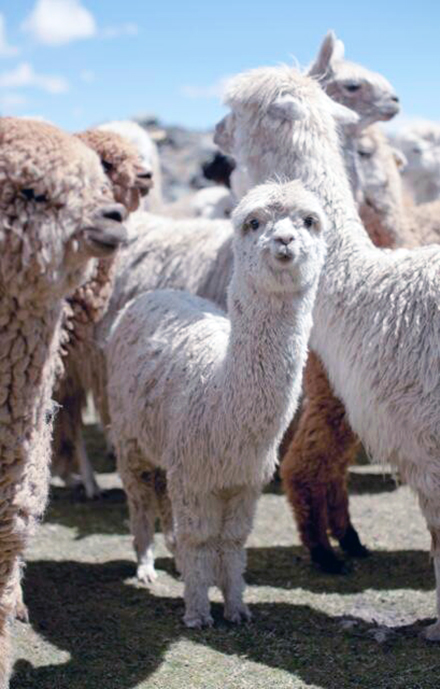 These magical qualities combined with alpaca fiber’s lush texture make it extremely valuable and highly sought after by knitters worldwide.

Unlike sheep wool, alpaca fiber doesn’t contain lanolin (which is a common allergen).

Instead of scattering droppings hither and thither, alpacas designate a communal pooing place for the whole herd (where they won’t graze). This makes it that much easier for farmers to gather and use the animals’ dung for fertilizer.

Alpacas have unique, two-toed hooves that allow them to walk (and frolic) without disturbing the soil. Additionally, when alpacas graze they only snip off the tops of grasses, leaving the roots of the plants unharmed and healthy. How considerate are these guys?!

5. Alpacas have a varied vocabulary

Have you ever wondered what noises an alpaca makes? Well, it’s definitely not the ones you’re imagining. Alpacas make a range of different sounds that include: clicks, clucks, hums, and screams. Male alpacas even make their own unique sound called an “orgle” when they’re feeling ….romantic.

In conclusion, alpacas have it all: they’re adorable, they’re interesting, they’re tough, they’re considerate. What more could you ask for in a camelid?

If you’re an alpaca fan, consider donating an alpaca–it could change someone's life!