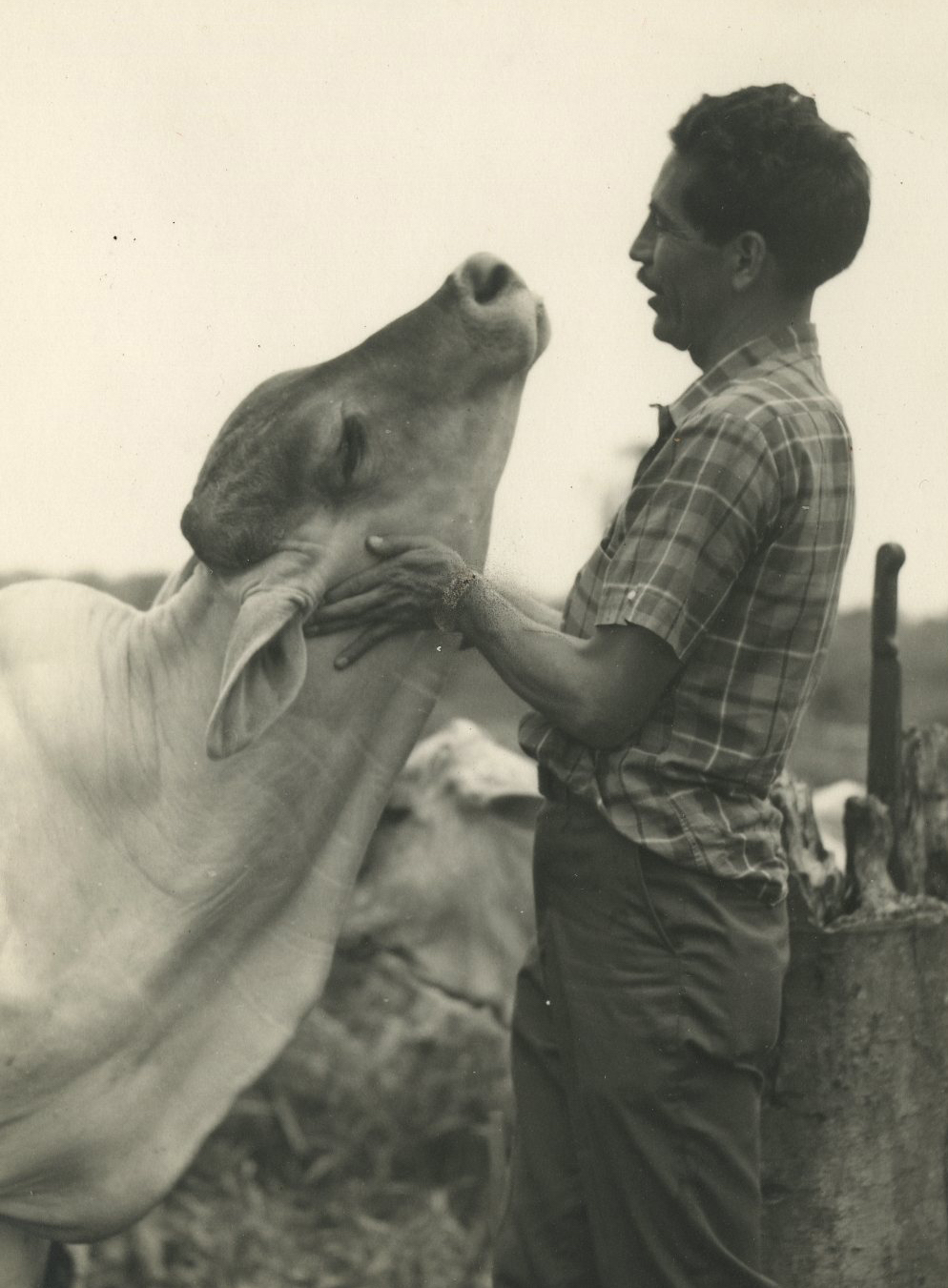 The caption on this photo from Heifer's archives reads: "The Brahman bull is the most gentle and friendly of animals if you like him and learn how he should be handled."

Heifer’s first shipment to Ecuador landed in Quito on October 13, 1948. In 1954, Heifer Project began ongoing work in Ecuador with a shipment of bulls to the Ronald Ranch in Santo Domingo de Los Tsachilas. The ranch was owned by the Evangelical Church of Ecuador and later became the property of the United Brethren Foundation. Staff members of the Ronald Ranch and Peace Corps volunteers received the animals and then delivered them to family farmers in the provinces of Esmeraldas, Santo Domingo de los Tsáchilas, Manabí and Lago Agrio.

Early work in Ecuador focused on crossbreeding and improving livestock, since one of the country’s high cattle mortality rate was one of its most pressing agricultural problems. Soon after, emphasis shifted slightly to dairy programs.

A permanent Heifer office was established in Quito in 1993 and continues to help small-scale farmers improve quality and production. 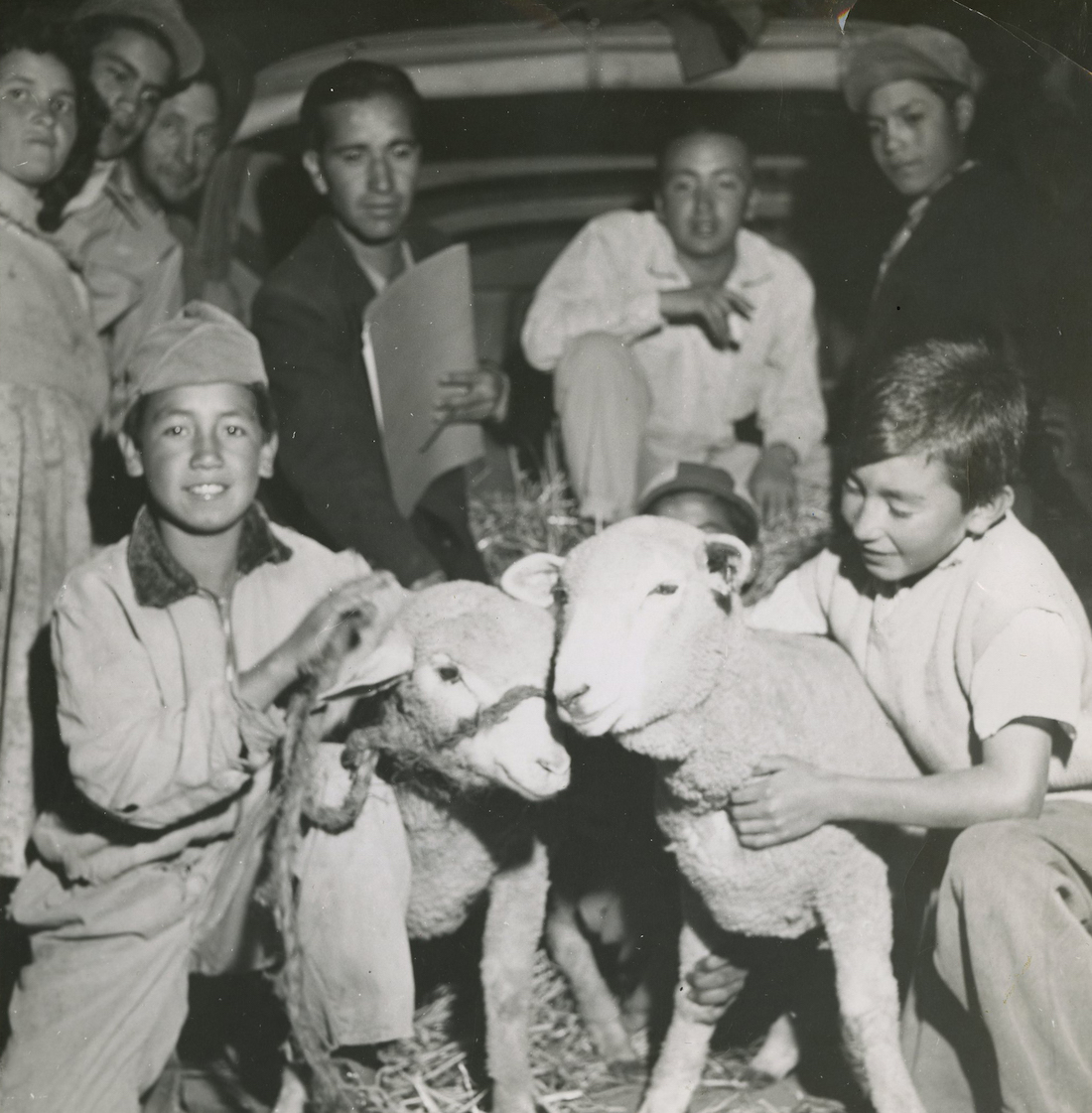 Two boys pose with the sheep donated to their families in Checa, Ecuador. 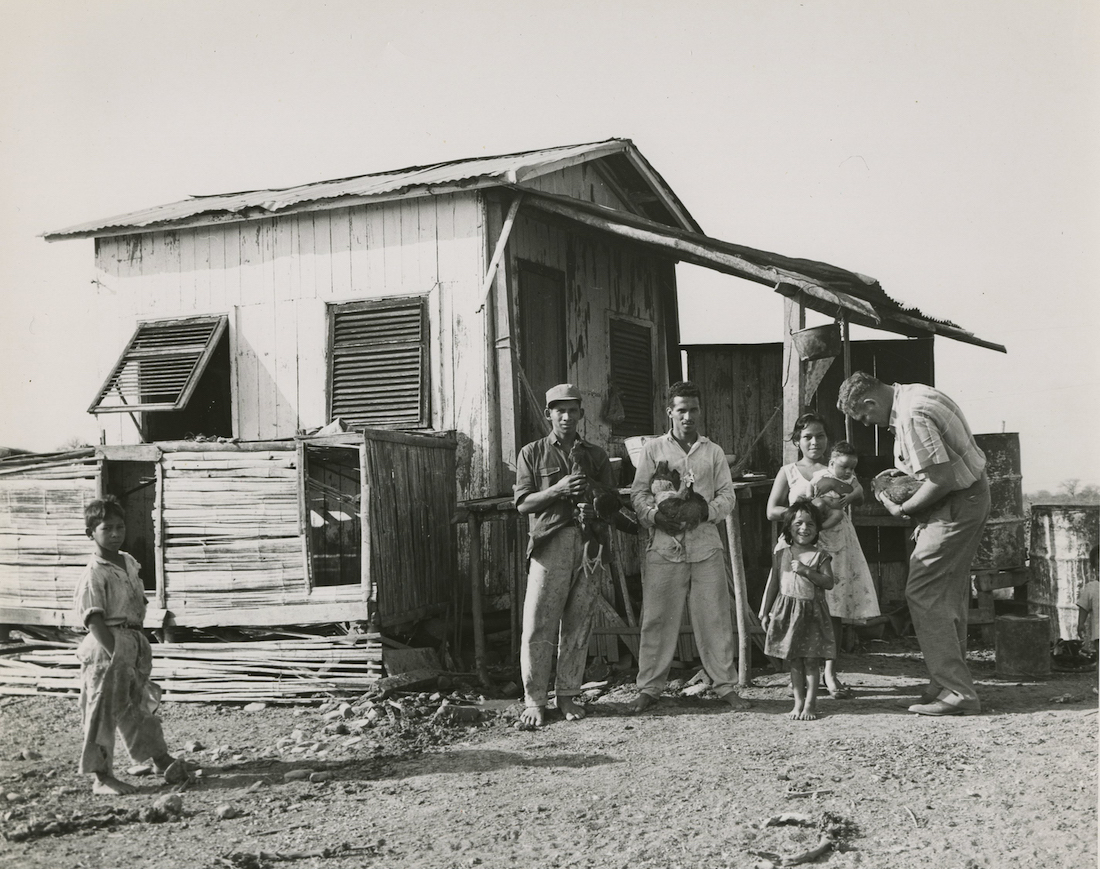 A Heifer representative checks in on a family outside of Guayaquil a few months after chicks were given to them.